Ashley Barnes wrote a letter to Santa Claus before Christmas. At the top of the list were goals. Santa, of course, delivered.

Since that day of merriment, Barnes has the third-largest amount of open-play expected goals in the Premier League (3.29). His shot map looks like a top, top striker, and he's probably unlucky to have only scored twice. 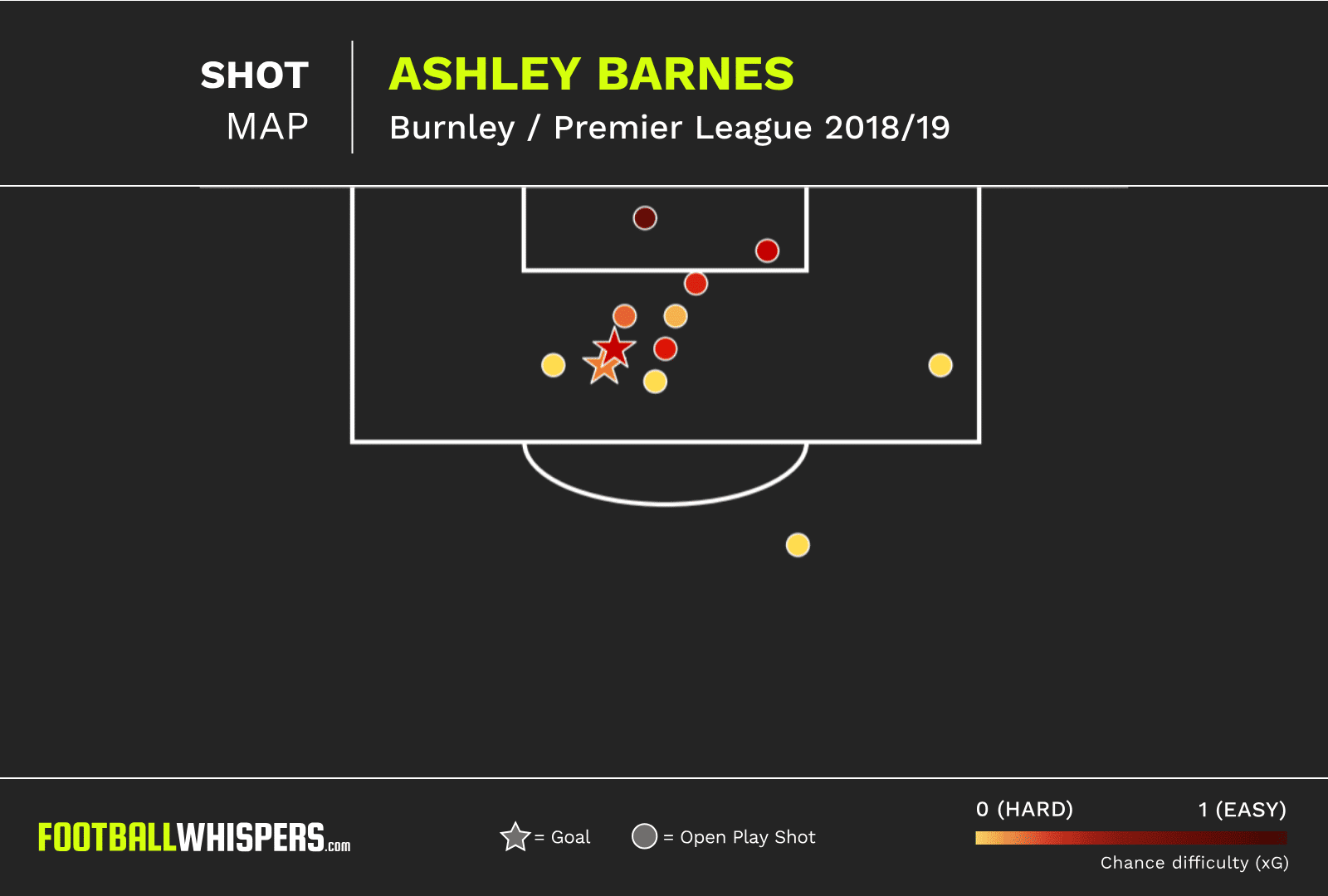 Barnes — who, a year ago, was a surprising Chelsea transfer target — is just the most notable beneficiary of what is a wider improvement in Burnley’s performances.

After 15 games of the season, Burnley were only two points away from Derby County’s infamous 11 points, the mark of the worst Premier League team of all-time. It might seem harsh to liken the Clarets to that team but they really were quite dreadful.

Expected goals has never liked Burnley, a team built around bunkering deep and counter-attacking to an unusually effective degree, but this year it went even further.

But then, in early December, Burnley started to get better. The amount of expected goals they were conceding each match has, barring blips against Everton and Manchester United, been consistently decent.

Notably, this improvement began before Joe Hart was replaced by Tom Heaton, although Burnley fans seem to speak with one voice when they say that the defence looks more assured with the former Manchester United man between the sticks.

It took a while to see an increase in attack as well but, sure enough, that came along as well towards the end of the month.

Their expected goals have been good in four of their last six. The other two games can be chalked up to facing United, and getting two goals from kindly deflections against Fulham, allowing them to coast for around an hour.

The bump might partly be down to the fixture schedule — Burnley's good spell has seen them play both Huddersfield and the Cottagers — but the fact that defensive performances saw an uptick even before then suggests that this is a bounce with substance to it.

“Dwight McNeil,” Burnley faithful will be shouting. And the 19-year-old hasn’t so much caught the eye at Turf Moor as grasped it, yanked it out, and started playing keepy-uppies with it.

Since just before the New Year, he’s emerged as a first-team player, has one goal and two assists to his name, and works hard defensively. Since Christmas, he’s averaged 3.08 tackle attempts per 90 minutes, and won most of them, very solid rates for a winger.

Burnley have the third-best record over the past five games, and their next two matches see them face Southampton and Brighton. Get good results from those, and they’ll have made it to touching distance of the mid-table group.

So it appears Burnley got a new manager bounce without sacking their manager. Football’s weird.