It is not easy to build a strong defence. And that's why several managers have made careers off their ability to make a team resolute and difficult to break down.

Yet in recent seasons what those at the back are expected to do has changed drastically. They are no longer just in the side to stop opponents, now they have to build attacks and are as important going forward as those further up the pitch.

So true all-rounders are required. However, they don't tend to come cheap. And that can be a problem on Football Manager 2019 if you're not at a club with a big transfer budget.

And that's why we're here to help. We have already picked out the bargain midfielders for Football Manager 2019. Now it's time for the defenders.

And if you discover player you think should be included on the list, let us know by tweeting us at @FB_Whispers. 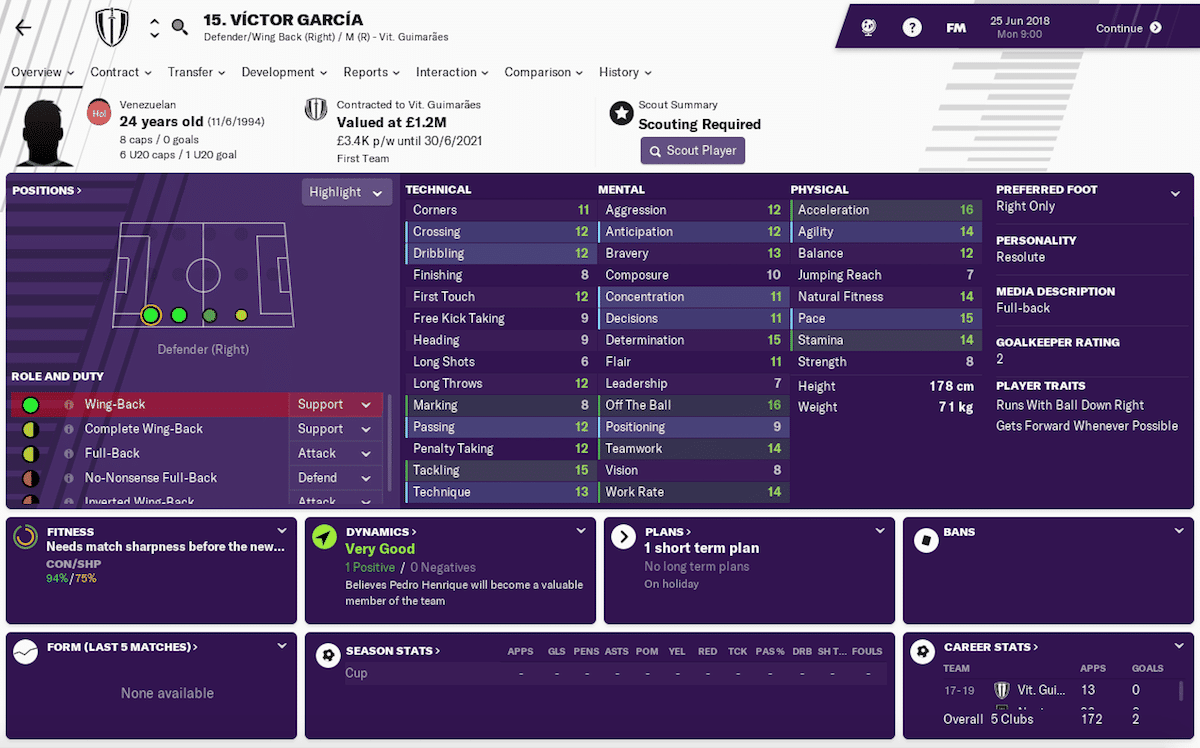 Wing-backs, or attacking full-backs, have become a key part of the modern game and there are several bargains to be had on Football Manager 19.

García would be a shrewd signing for many club and he will only cost a fee of £1.6million. His wage demands are also not steep and the Venezuelan – who is awaiting a Portuguese passport, so no work permit issues – will want around £11,000 a week. 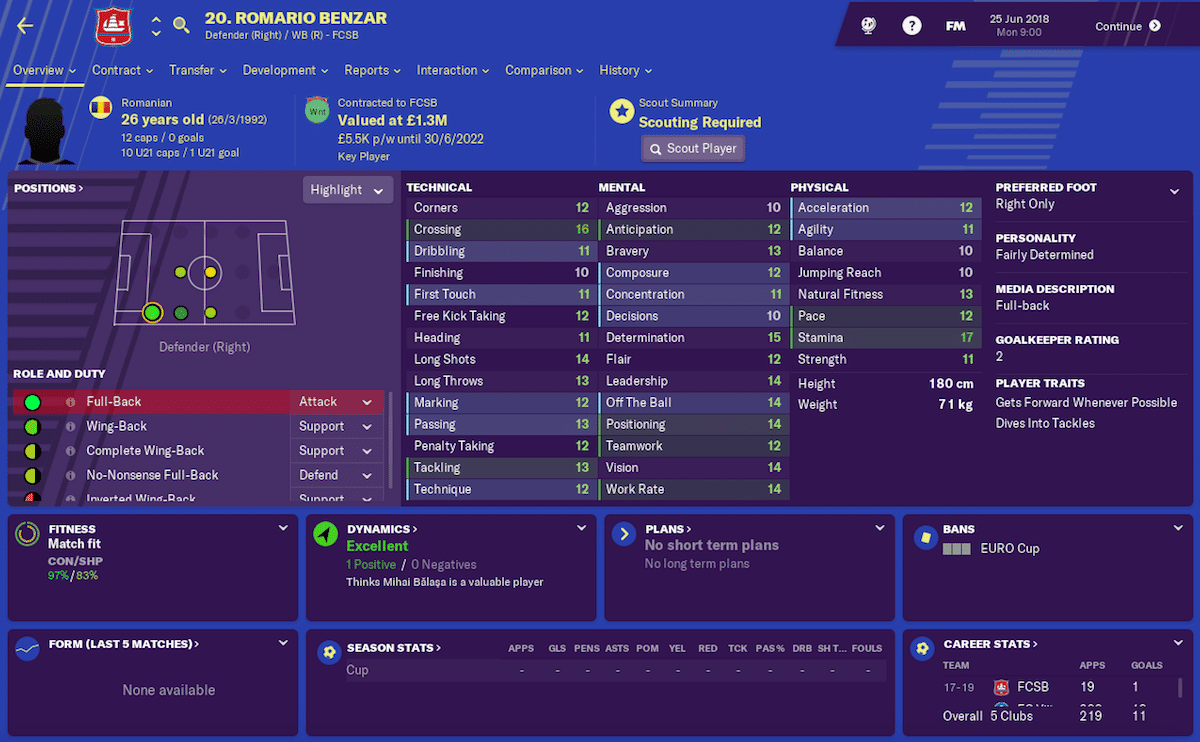 Steaua have a number of exciting players on this year's edition of Football Manager and the best thing is that they are all relatively cheap.

Benzar will cost you around £2million and will want roughly £12,000 a week. Not bad for a defender who can become your first-choice right-back for several seasons. 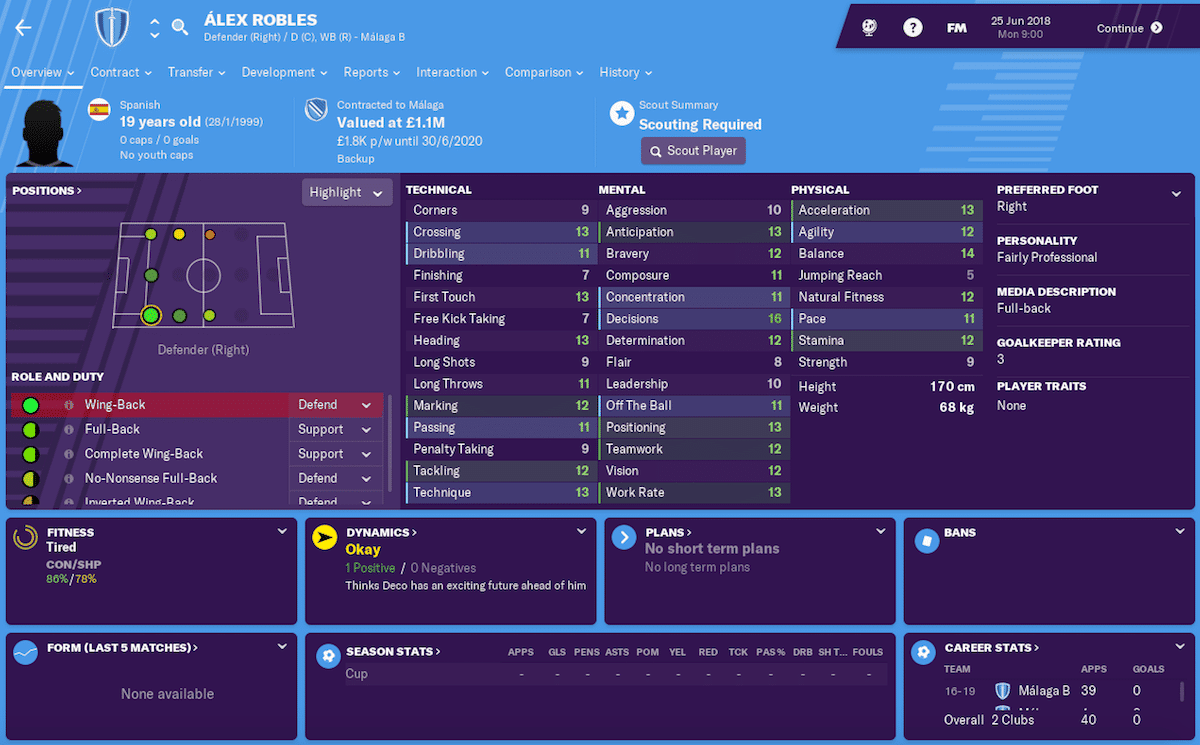 A bargain from the Spanish second tier. Robles will set you back just £1.6million and can already be an effective defender for a number of sides across Europe.

His agent will want a wage for his client of £9,000 a week but that can be negotiated down. And the best thing is that he will only get better with exposure to first-team football. 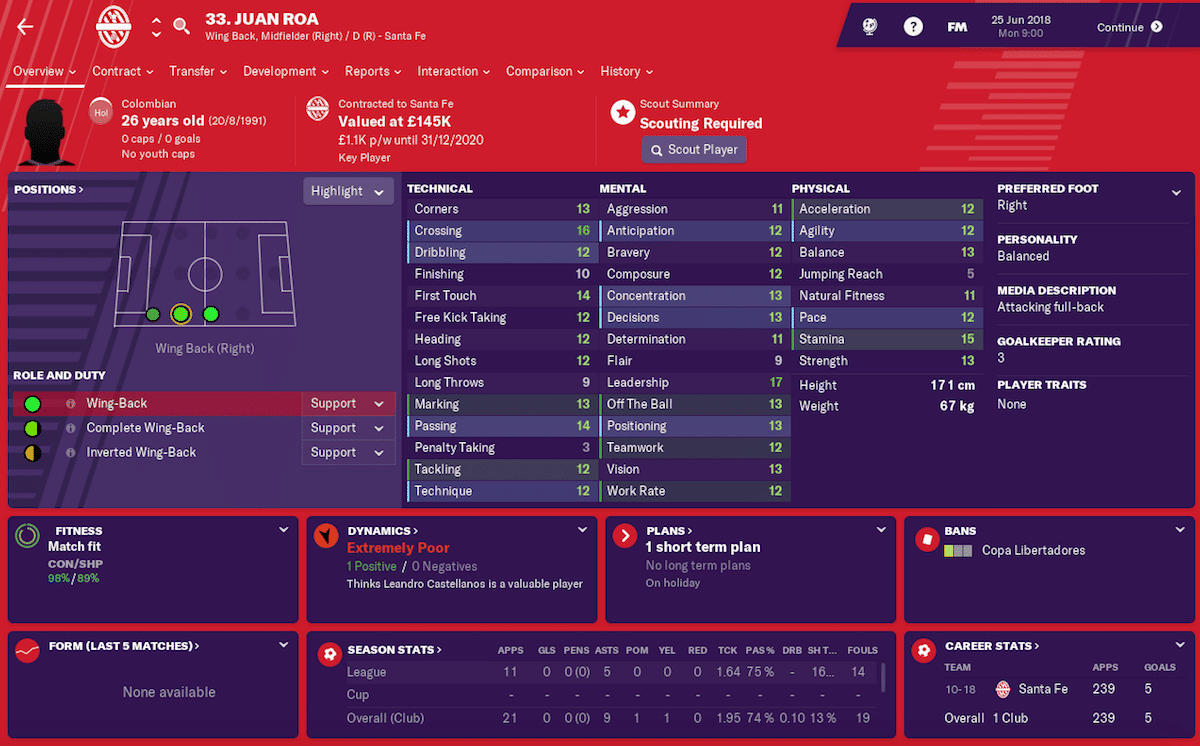 Roa? Yeah. Who is he good for? Absolutely everyone… Although if you're one of Europe's biggest sides there are better options.

The only problem could be, for English clubs at least, is he may not be given a work permit. Make sure you're using a large database if you want to snap him up. 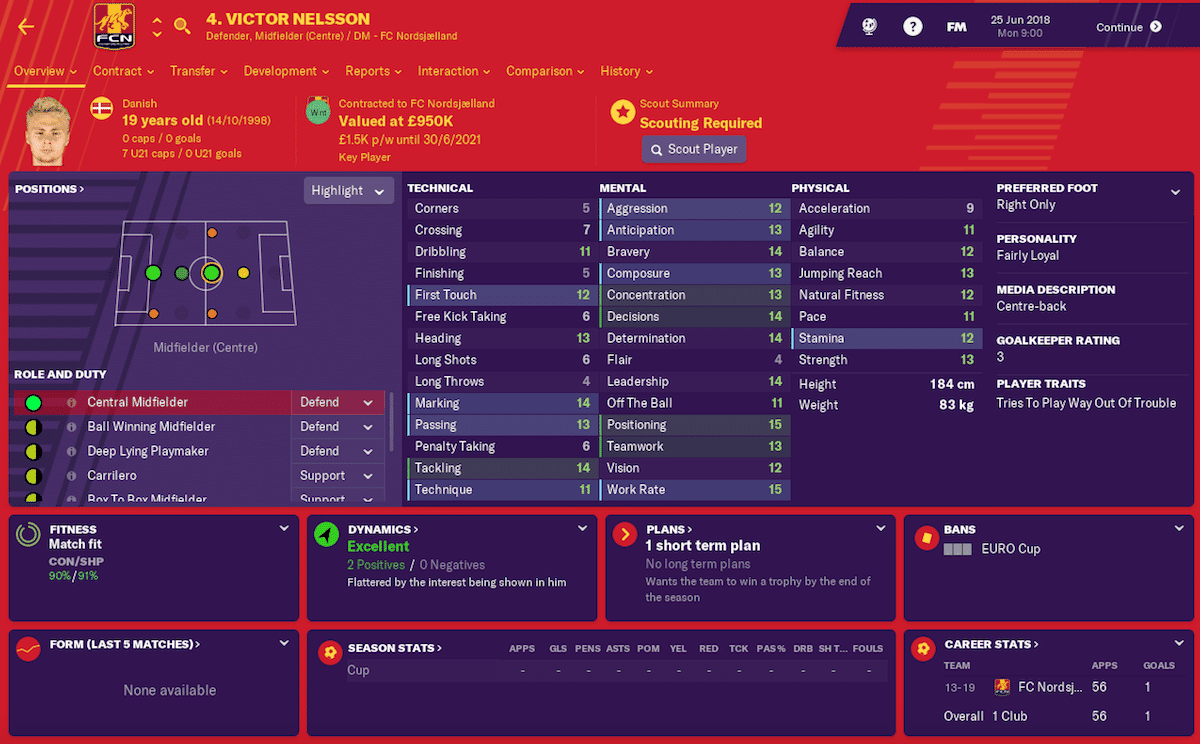 A versatile player, Nelsson is capable of playing in both the centre of defence and in midfield effectively.

It's why his fee of £4.5million is a bargain as you are getting two players in one. He will also only want around £10,000 a week during contract talks, a more than matchable demand. 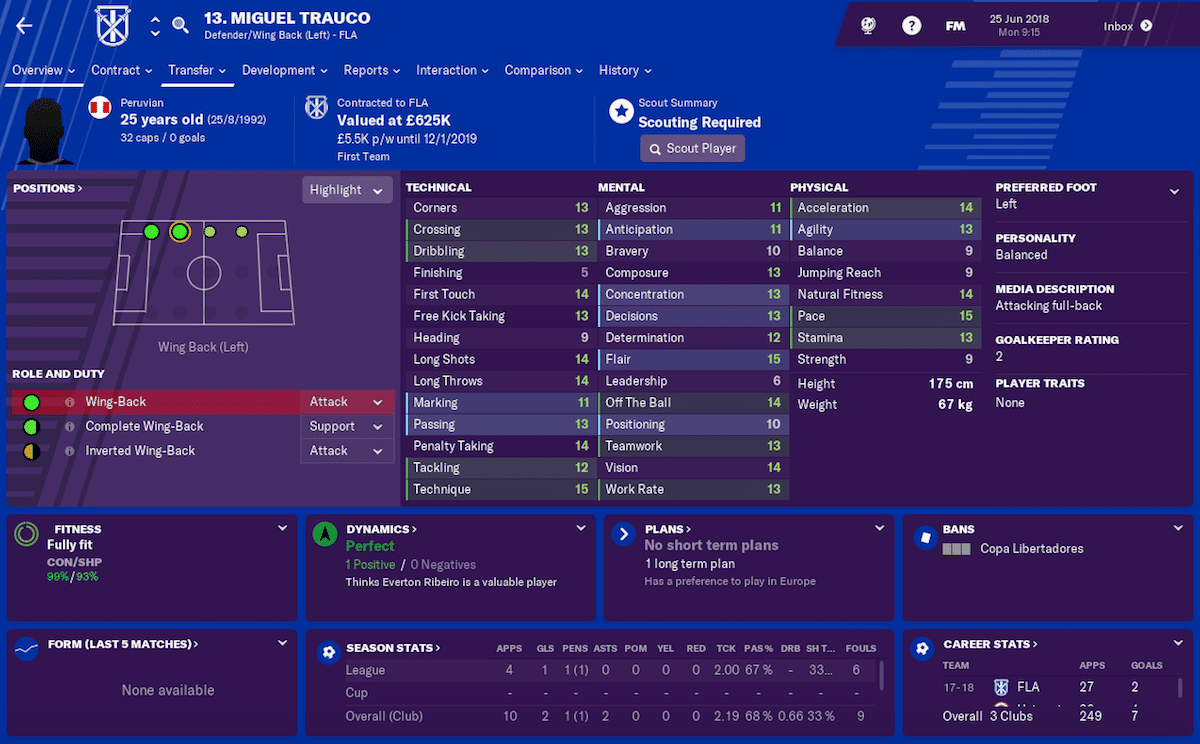 The Peruvian has solid stats across the board and a bid of £750,000 is all it takes to prise him away from the Brazilian club.

He will want wages of around £20,000 a week and shouldn't have a problem gaining a work permit as he features regularly for Peru. 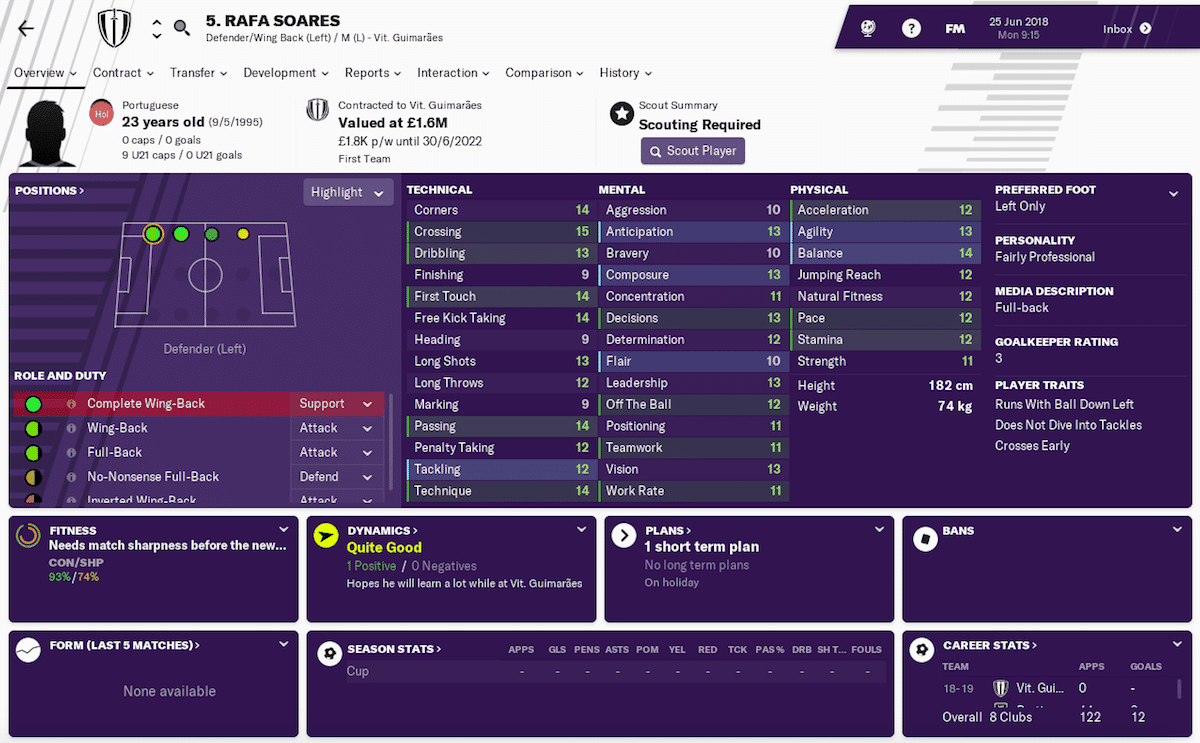 On the opposite flank to García, Soares is an excellent prospect who will rapidly improve.

You'll have to wait until January to pursue him, however, as he's only just joined Vitória S.C. 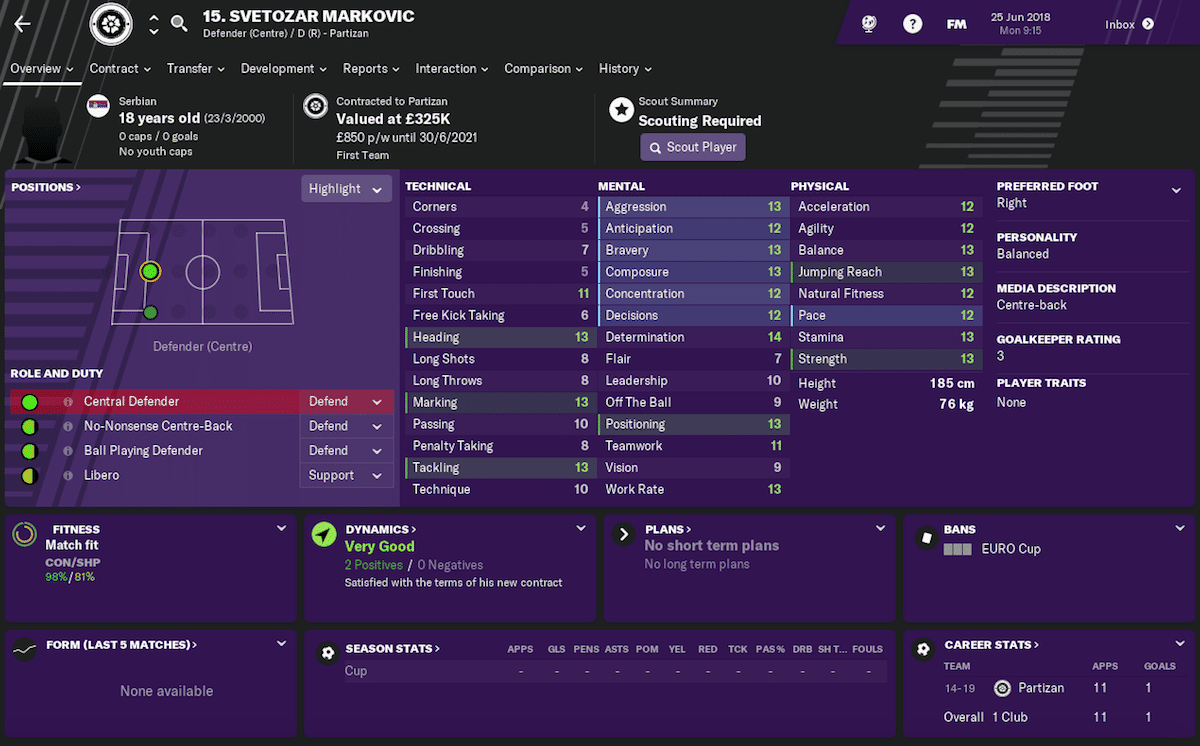 Markovic has only just signed a new contract with Partizan so won't be willing to move until January. However, he is worth the wait.

The centre-back will only cost you £3million and can instantly improve many a side's defence. 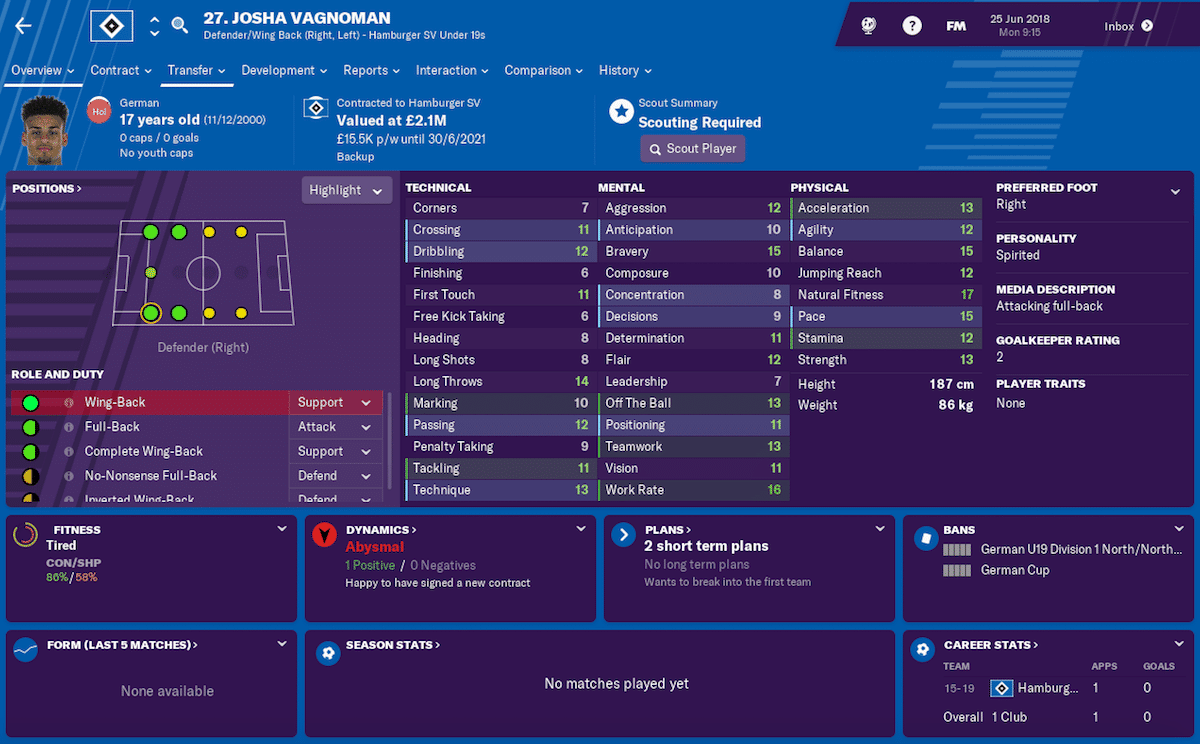 One of the more pricer players on out list at £8million, with a season of first-team football Vagnoman develops into a player capable of shining in the Bundesliga.

His wage demands of £30,000 a week are steep for a 17-year-old but he is an excellent wing-back who quickly improves. 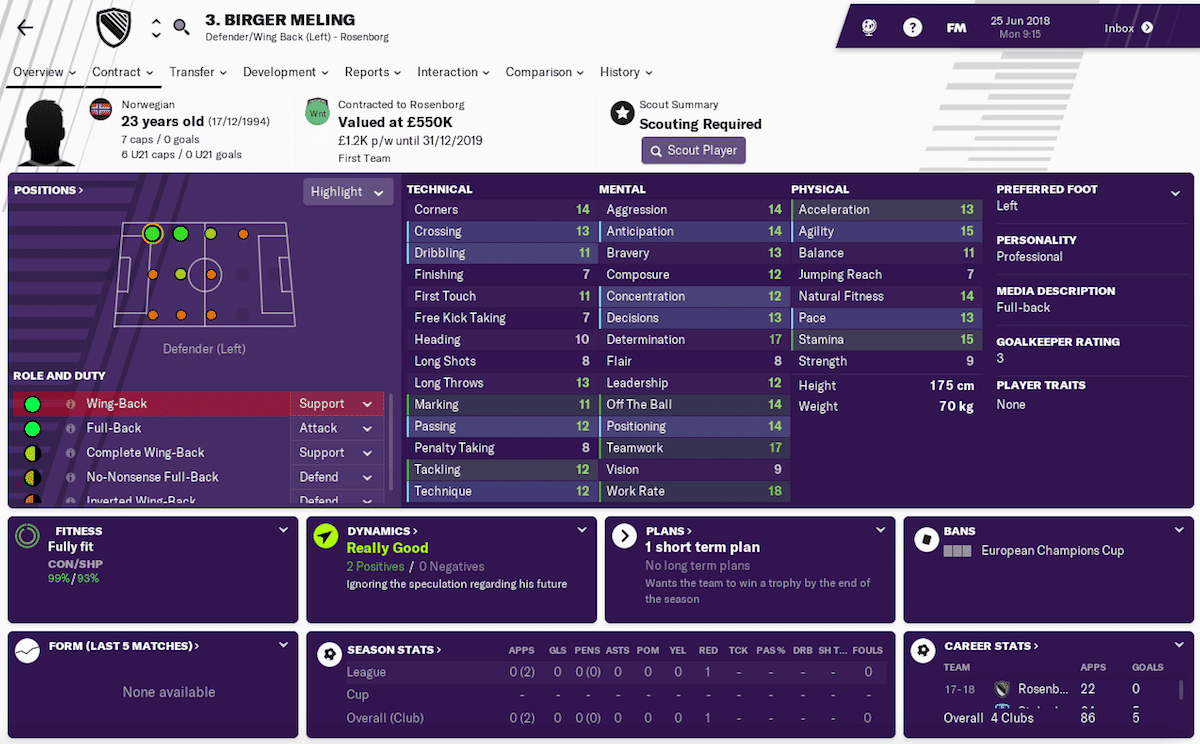 A well-rounded wing-back, the Norwegian will only cost you £1million and can impress for sides in the lower half of the Premier League or equivalent divisions across Europe.

He will want around £9,500 a week and the additional costs of the transfer will only push it towards the £1.5million mark.