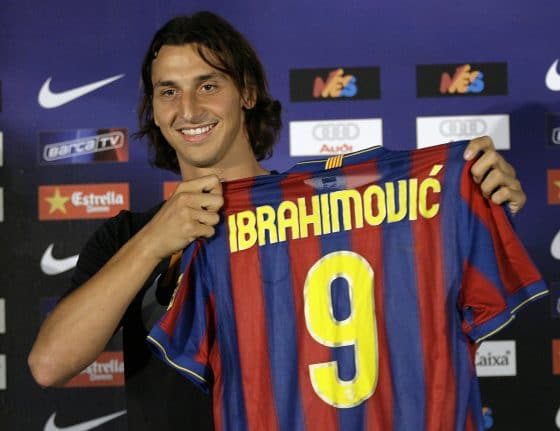 Barcelona have employed some of the world’s best players over the years, and some of their current crop may just go on to become world-beaters themselves.

After a difficult couple of years for various reasons, the Catalan outfit are now planning an assault on La Liga this season as they look to get back to their very best.

And a major part of this assault looks set to be a certain Robert Lewandowski, who has joined the Spanish side after eight years at Bayern Munich. He becomes the latest in a long line of legendary strikers to line out for the club.

After much delay, Barcelona finally landed their man, but now one important issue remains; which number will the forward be given by his new club? He wore the number nine jersey at Bayern, but that number is currently occupied by Memphis Depay at the Catalan side.

If he isn’t moved on this summer, Depay could be forced to hand over the number to the new arrival, much like Martin Brathwaite did when Depay himself became the new star man of the team last year.

If indeed Lewandowski is handed the iconic number, where will he rank among those who have worn the shirt before him? We take a look at the best number nines in the Barcelona modern era.

Brazilian icon Ronaldo may have spent just one season with Barcelona, but what a phenomenal season it was. The youngster had just arrived from Dutch side PSV, with many expecting big things from this new kid on the block.

But the striker surpassed everyone’s wildest hopes and dreams, smashing in 34 goals in 37 La Liga games as Barcelona narrowly missed out on the title to Real Madrid. The Brazilian hit six more in the Copa del Rey, five in the Cup Winners’ Cup, and two in the Supercopa de Espana to take his total to 47 for the campaign. The goals came in 49 matches.


Ronaldo swiftly moved on to Inter Milan after the season ended, and despite subsequently transferring to fierce rivals Real Madrid, his stunning season at Camp Nou will ensure he remains a legendary Barcelona striker for eternity. 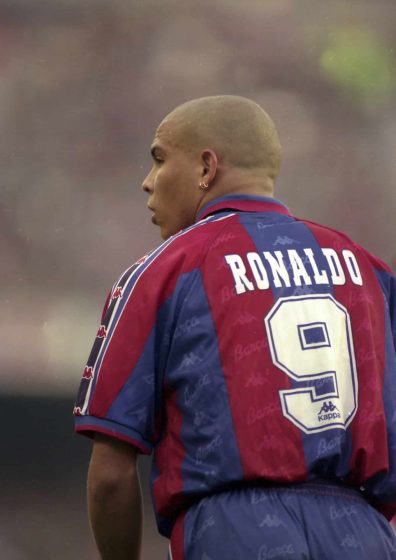 Another iconic striker to adorn the club’s famous number nine jersey for just one season was Swedish legend Zlatan Ibrahimovic. He was handed the number for the 2009/10 campaign, and fired in 21 goals in all competitions as Barcelona clinched La Liga, the UEFA Super Cup, FIFA Club World Cup, and the Supercopa de Espana.

The Swede arrived in Spain under plenty of pressure, replacing the club’s top goalscorer from the previous campaign Samuel Eto’o, who went in the other direction to Inter Milan. Moreover, the Catalan club had just secured the first treble in the history of Spanish football.

But Ibrahimovic, while outshone by talented winger Pedro and the one and only Lionel Messi on the goals front, will be remembered fondly for his brief spell at Camp Nou. However, the striker perhaps does not look back on the time with great memories, with his challenging relationship with manager Pep Guardiola resulting in a loan and ultimately permanent transfer to AC Milan.

As mentioned, just before Zlatan took over the number nine reins, Cameroon striker Samuel Eto’o was the man entrusted with bringing Camp Nou to life in the final third. And it’s fair to say he carried the burden expertly during his five-year spell.

It certainly took the forward plenty of time to fully get going in Spain, having started out with none other than Real Madrid in his youth. Loan spells from the Bernabeu followed, before the Spanish giants finally called it a day and sold him to Mallorca.

Almost 50 goals later, Barcelona took him in with open arms, with the striker going on to net countless hugely significant goals for the side, including strikes in two different Champions League finals. His superb record for the Catalan outfit sits at 130 goals from 198 games.

Before Eto’o arrived on the scene, it was Dutch international Patrick Kluivert who stuck on the number nine strip. From 1998 to 2004, the talented striker linked up expertly with Brazil legend Rivaldo. But those six years yielded just one La Liga title.

Despite the lack of team success, Kluivert reached double figures in four of his six campaigns at Camp Nou, leaving Barcelona with 122 goals and 60 assists from 257 appearances. The club’s supporters definitely have fond memories of the forward.

Premier League Newcastle then fancied a piece of the action as they brought him to St James’ Park, but he couldn’t repeat his feats from Spain, scoring just six league goals before being moved on to Valencia.

Former Ajax and Liverpool star Luis Suarez has simply thrived at each and every club he has represented. His name is enough to send terror into defenders, never mind his presence and attacking prowess on the pitch. The Uruguayan blew everyone away during his time in both the Eredivisie and the Premier League.

But perhaps he managed to turn things up even further upon arrival at the Camp Nou. The lethal striker spent six years in Catalonia, hitting double figures in each and every season he played there.

Of course he was much more than just goals, linking up effortlessly with Messi and Neymar for several years. But 194 goals in 281 games simply cannot be ignored, with the ruthless forward forever adored in Barcelona. 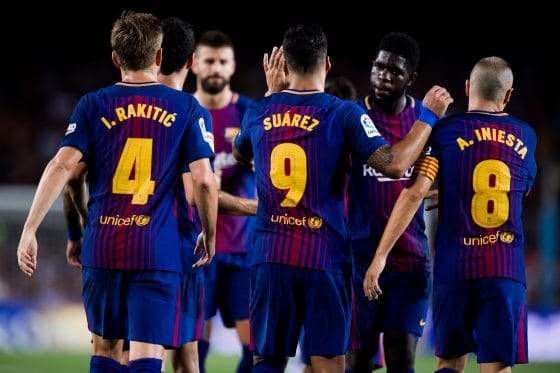 There were, of course, many talented attackers who wore the number nine jersey at Barcelona long before the likes of Eto’o and Suarez came along. This stunning list includes Brazil legend Romario and Bulgaria hero Hristo Stoichkov, along with Barcelona’s adopted son Johan Cruyff.

Also to don the jersey is Barcelona’s second all-time top goalscorer Cesar Rodriguez, as well as Josep Samitier and Josep Escola, who sit fifth and sixth respectively in the all-time list. Will Lewandowski be given the chance to join this exclusive number nine club?