One of the more interesting rematches in the Top 16 phase of Copa Libertadores is Barcelona vs Velez. With that in mind, we've got a detailed preview of this game just for you:

Our top free predictions and tips for Barcelona vs Velez

Since this is one of the most interesting second legs of the round, it's also a very difficult to predict. So, check our some of our favourite betting tips for this game if you want some help.

Barcelona and Velez to Draw at Half Time

We don't have the courage to offer a prediction on the final result in this game since anything is possible in the match between Barcelona and Velez Sarsfield. So, we have decided to bet on the half time result since we expect a very careful approach from both teams in the first half. The first-leg result gives both teams a chance and one goal could decide the winner, so a first-half draw sounds like a reasonable prediction.

Neither of these two teams has averaged a lot of goals so far in Copa Libertadores – Velez is better with 2.71 goals per game, while Barcelona averaged 2.00 goals per game in this competition. In addition to this, we've seen a very tight first leg between these teams and we expect the second leg to be the same. With that in mind, our next prediction for this game is under 2.5 total goals.

Only 14% of Barcelona matches in Copa Libertadores this season have ended with both teams scoring, while the same is true for 57% of all Velez games in the competition. Furthermore, we didn't see both teams score in the first leg between these two teams, so we don't expect to see it in the rematch either.

The best odds, stats, and more for Barcelona vs Velez

If you are trying to find the best Barcelona vs Velez odds, check our selection of odds take from different UK bookies:

Barcelona vs Velez preview: One of the closest matchups in the round

The team from Guayaquil is currently sitting in the second place in the Ecuadorian league standings, three points behind the top team. So, it's clear that Barcelona has been in good form in the league and that they will fight for the title until the end. Meanwhile, they've lost the first leg of the Top 16 phase of Copa Libertadores against Velez, but they will have a chance to overcome the one-goal deficit at home in the rematch. Barcelona has two wins, one draw, and two losses in their last five games in all competitions.

The Sarsfield team didn't play any competitive matches for over a month, after they've lost in the quarter-finals of the Argentine cup. In the meantime, their first game back was the duel with Barcelona, which they've won 1-0 at home. They've also started the new season of Primera Division over the weekend, drawing with Racing Club in the process. Overall, Velez is in solid form with two wins, two draws, and a loss in their last five matches played across the board.

FAQ for Barcelona vs Velez 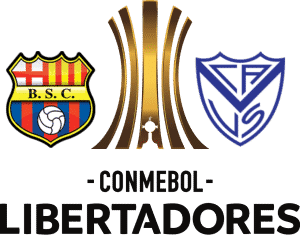