Let's review Barcelona and Valencia – two of the top La Liga teams that will play their next match against each other on the 19th of December 2020. Their last head-to-head was in January 2020, and we can't wait to see how they will perform. 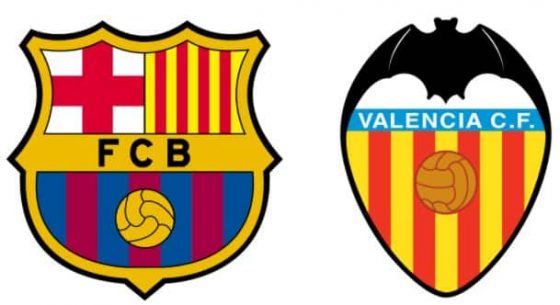 In the table below, we have listed the most popular betting odds on the event for the next match. If you are reading this after the 19th of December 2020 and the game is over, then we believe that if there aren't any significant changes in the team squads, the odds will be similar for their next show-off on the 2nd of May 2021.

Keep in mind that the odds displayed are correct at the time of writing. Before you place a bet, recheck the bookie odds to see if there are any changes.

Preview of Valencia vs Barcelona in La Liga

Barcelona has prevailed in three out of their four La Liga matches this month, and we believe that they have a high chance of winning in their match against Valencia. They are fifth in the league table (for now), and if they continue like this, they have a chance to finish somewhere in the top three. Some of their defensive players are out with injuries, including O. Dembélé, Sergi Roberto, and Piqué. We believe that that won't be a significant problem and the team will perform well in the defense department without them. Although Ansu Fati is also out with a knee injury and according to the statistics, he has scored most Barcelona goals, except Messi. Our predictions are that despite some difficulties, Barcelona will win.

Valencia hasn't had a good run in their most recent La Liga matches. They either ended in a draw, or Valencia lost. The club is ranked at number twelve in the league table (for now), and their opponent is one of the best teams in the tournament's history. Carlos Soler is in top shape, and being the current top scorer of the club, Valencia will rely on him to even the score. We believe that “The Bats” won't go down without a fight and we will see goals scored by both teams during the match, but in the end, we predict that Valencia will lose to Barcelona.

Our Best Free Tips on Barcelona vs. Valencia

Here are our free tips regarding the Barcelona vs. Valencia match.

We think that Barcelona has higher chances of winning this match because they are one of the best teams to play in La Liga and because their form this month is better than Valencia. Although we don't think the match will be an easy win for Barcelona, they have a higher chance to win, and bookmakers believe so too.

The Goalscorer markets are prevalent nowadays, and you have to bet on who you think will score a goal. There are three choices on selections – first, last, and anytime goalscorer. The most famous selection is the first goalscorer, and when it comes to Barcelona vs. Valencia, bookmakers and we think that Messi has the highest chances of scoring first. Remember that if the scorer you wagered on doesn't score a goal, most bookmakers will return your stake. Valencia's Carlos Soler has the same number of goals scored as Messi this season, but if we have to choose one of them, we will select the legend himself.

Based on both teams' past performance this season in La Liga and other competitions, we believe that there is a high chance that the total number of goals in the match will be over 2.5. With Valencia's tendency to end their games in “draw” recently, this betting market is a good one to bet on. You can also try wagering on Over 0.5 or Over 1.5 goals too if you think Over 2.5 is too risky, but the odds offered won't be as good as those provided for Over/Under 2.5 goals.