The last game to be played on Saturday in La Liga is perhaps the derby of the round, the Barcelona vs Valencia duel. With that in mind, we have prepared a preview of the game for you, along with some free betting tips.

Our top betting picks and predictions for Barcelona vs Valencia

If you are struggling to decide on the best Barcelona vs Valencia bet, check our favourite betting tips for this match:

While Blaugrana has struggled a bit at the start of the new season, they still have the same number of points as Valencia at the moment despite being one game behind. And while the recent h2h duels between these two teams have often been exciting and close, our prediction is for Barcelona to win this match.

Four of the previous five meetings between Barcelona and Valencia have ended with three or more goals, so we expect to see the same in this game as well. In fact, three of those four matches have even gone over 3.5 total goals. In addition to this, Barcelona averaged 2.57 goals per game so far in the league, while Valencia averaged 2.5 goals per game in La Liga this season.

The best odds and important stats for Barcelona vs Valencia

You can find the latest La Liga odds on our website, including the odds for the Barcelona vs Valencia duel:

Barcelona vs Valencia preview: The derby of the round

After seven matches in La Liga, Barcelona has three wins, three draws, and one loss, so the team didn't have the best start of the season. On top of that, Barcelona lost to Bayern and Benfica in the first two rounds of the Champions League, so it's safe to say that the team is in a crisis at the moment. This was somewhat expected after the departure of Leo Messi, but Blaugrana also struggled with injuries so far. At the moment, Dembele, Wague, Pedri, Araujo, and Braithwaite are still injured and unavailable.

The Bats have started the season well but now they are on a streak of four games without a win. Overall, the team has three wins, three draws, and two losses, which is enough to put them in the eighth spot in the standings, tied with their upcoming opponent Barcelona. On the bright side, the only injured player at the club right now is Alderete.

The usual questions for Barcelona vs Valencia 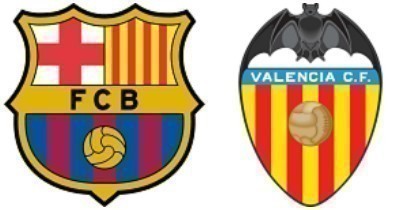