The last match of this La Liga round is the Barcelona vs Granada duel, so check our detailed preview of this match and take a closer look at some of our free betting tips and predictions.

If you are unsure what is the best bet for the Barcelona vs Granada game, you can check some of our top betting tips for this duel:

The loss to Granada at home last season was probably the final nail in the coffin of Barca's title race. Now, Barcelona enters this game after a 3-0 loss to Bayern Munich, but otherwise in good form. Meanwhile, Granada is still without a win after four La Liga rounds and clearly struggling. All in all, Barcelona at home is always the favourite and with the exception of that loss to Bayern, they are in good form. So, our prediction for this match is for Barcelona to win by at least two goals.

Although both teams scored in just two of the previous five Barcelona and Granada duels, that happened in the last two of their duels, which leads us to believe that it started happening as Granada started to get better as a team. So, our next prediction is for both teams to score at least once in this game, which is something that happened in all three Barcelona matches in La Liga this season and in two of the four Granada games.

Barcelona vs Granada odds and stats

If you want to know the best odds and important stats for the Barcelona vs Granada duel, check them out right here:

Barcelona vs Granada preview: Can Granada surprise everybody?

Playing without Leo Messi was always going to affect Barcelona, but the team looked ok until they met with Bayern Munich in the Champions League. The Bavarians dominated at Camp Nou and beat Barcelona 3-0 in a worrying performance for Blaugrana. In La Liga, Barcelona has two wins and one draw, but the team will have to find a way to overcome huge injury problems since they currently have eight players on the injury list.

The success in the Europa League last season where they got to the semi-finals put Granada on the map in Europe but the team is struggling at the start of the new season in La Liga. The team has played four matches and still waits for the first win – they have two draws and two losses, including a 4-0 loss against Rayo Vallecano. On the bright side, only Lozano is currently injured in the team. 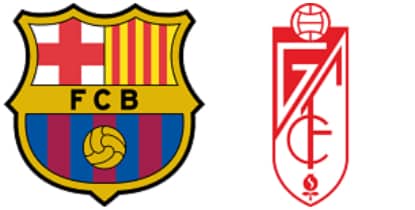