The last game of this La Liga round to be played on Saturday is the city derby of Barcelona, the Barcelona vs Espanyol duel. With that in mind, we have prepared a detailed preview of the game for you, along with some free betting tips.

Our favourite betting predictions for Barcelona vs Espanyol

If you are not sure what is the best bet for the Atletico Madrid vs Osasuna duel, check our favourite betting tips for this game:

While both teams enter this game with the same number of points, we expect Barcelona to get the win in this match, by two goals or more. After all, this will be the debut of their new manager, Xavi Hernandez, the team's legend, and that should be enough to infuse some confidence and urgency into the team. That being said, this is the city derby of Barcelona and with Espanyol in good form, we do have some reserve for this prediction.

Although we've seen three or more goals in just two of the last five h2h duels between Barcelona and Espanyol, we expect this match to be different and to go over 2.5 total goals. After all, Barcelona averaged 2.83 goals per game this season in La Liga, while Espanyol averaged 2.08 goals per game in the league so far.

Memphis Depay to Score at Any Time

This season was not the great for Barcelona when it comes to their offensive production and most of the matches the team had to play without a true striker. So, Memphis Depay had to step up and produce the goals for the team, scoring six so far in La Liga in twelve matches that he played in. With Aguero, Fati, and Braithwaite all injured at the moment, we expect Depay to be the team's primary offensive weapon again and to score against Espanyol.

The best odds and key stats for Barcelona vs Espanyol

If you are trying to find the best La Liga odds, you can check them here on our website, including the top odds for the Barcelona vs Espanyol duel:

Barcelona vs Espanyol preview: The city derby of Barcelona

This has been a turbulent season for the Catalonian team, starting with the departure of the team's legend Lionel Messi, bad results and huge injury problems, culminating in the change of manager. Xavi Hernandez, another legend of the club, has officially taken over now and he will debut against Espanyol. Overall, Barcelona is ninth in La Liga with 17 points from 12 games and they still have a lot of injured players – seven at the moment.

After one season in La Liga 2, Espanyol came back to the top-flight of Spanish football and they are currently doing well. In fact, they are doing as well as their city rivals since they also have 17 points at the moment, although they've played one game more. More importantly, Espanyol has been in great form recently, with three wins, two draws, and one loss in the last six matches. Bare and Gil are injured at the moment and they will miss the city derby. 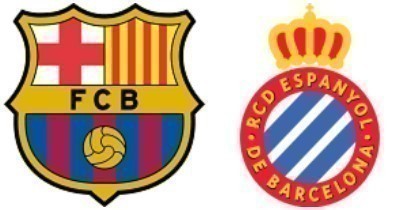