With both team starting the season in the Champions League without a win in the first two rounds, the Barcelona vs Dinamo Kiev duel should be an interesting one. So, here's our preview of this game and our free betting tips.

Our top betting predictions for Barcelona vs Dinamo Kiev

If you are struggling to decide on the right Barcelona vs Dinamo Kiev bet, check our favourite picks for the game right here:

While neither of the teams is in great form overall since the start of the season, Barcelona is our pick for this match since they are the better team and they are playing at home. In addition to this, they beat Dinamo twice last year as well. Barcelona also got back a few of their important players after injuries, so our prediction is for Barcelona to win this game by two or more goals.

Ansu Fati to Score at Any Time

The return of Ansu Fati, the Spanish wunderkind from Bissau, has already proven to be a much-needed boost for Blaugrana in offense since the young striker already scored twice in the four matches he played after recovering from an injury. So, we expect Fati to keep his run going against Dinamo Kiev and find the net once again.

The best stats, odds, and more for Barcelona vs Dinamo Kiev

If you want to bet on the best Barcelona vs Dinamo Kiev odds, check our selection of odds from the top UK betting websites:

Although Blaugrana had a nightmarish start to the Champions League with a couple of 3-0 losses against Bayern Munich and Benfica, they can still turn things around in the group and fight for the top two places. Of course, for that to happen they need a win over Dinamo Kiev, for starters. Barcelona beat Valencia in their first game after the international break and they've got a few players back, but the injury problems are still present at the club with Araujo, Braithwaite, Dembele, Wague, and Pedri on the injury list.

The reigning champions of Ukraine have started the season furiously in their domestic league since they've got nine wins and two draws in the first eleven matches. However, the team didn't do that well in Champions League, where they recorded a convincing 5-0 loss to Bayern Munich and a draw with Benfica. Besedin, Kulach, and Popov are out of the upcoming game due to injuries, while Burda is questionable. 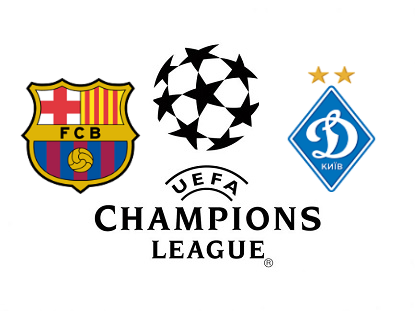