Barcelona and Atletico Madrid are two of the top clubs in the Spanish La Liga, and this season they already played one match against each other. We can't wait to see what will happen the next time they meet at Camp Nou.

The two Spanish teams last faced-off in November, and Atletico Madrid won thanks to Carrasco's goal in the 45th minute. The next match between the two clubs will be in May 2021, which is still a long time away, but we decided to give you our free tips on such a match and which bets you should look out for when these teams play against each other. We can't give you any odds for the event in May 2021 because bookies haven't released any yet, but we will be sure to provide you with all the details once they do.

Barcelona is slowly climbing the La Liga table, and although they are currently 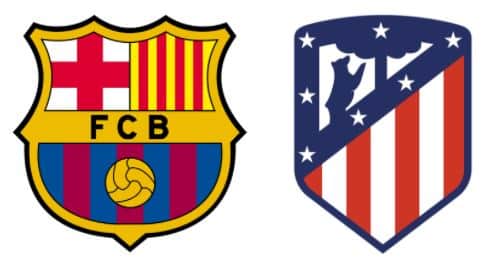 in fifth place, we believe they can finish in the top three. In 2020, Barcelona hasn't had a win against Atletico, but they have solid names on their squad, like De Jong, Messi, Griezmann, Coutinho, and others. Let's not forget that Ansu Fati will come back from his knee injury and will have some time to adjust before their game against Atletico Madrid.

Barcelona will also have a home turf advantage over Atletico, which gives them bigger chances, but we can't say which team would win. Right now, it seems that Atletico Madrid has a better forb, but there are many months until the clubs meet in Camp Nou, and Barça may regain their form by then. If that happens, Atletico Madrid is in for a disappointment.

Since in the last match between Atletico and Barça Luis Suarez (who previously played for Barcelona) wasn't able to play, the game in May would be the first time the player goes on the field against his ex-club, which makes the match even more enjoyable.

Atletico Madrid has been in good form so far; they won four out of their five most recent La Liga matches, defending their first place. With players on the roster, such as Joao Felix (already scored five goals this season), Marcos Llorente (four goals scored for now), and Luis Suarez (five goals scored until now), we would say that they will have a fantastic season. Of course, there is still the winter transfer window we need to look out for, but unless some significant negative changes occur for Atletico, they have a big chance of beating Barcelona in May.

They are currently only two players out with injuries – Diego Costa, who is out with a thigh injury, and José Giménez (hamstring injury). They will be back before May, and we may see them on the field soon. They will be at a disadvantage in May because the match will be played at Camp Nou, but we don’t think Atletico Madrid will crack under such pressure.

Although the match isn't going to be soon, we will give you more general free tips, and as the time comes, we will be sure to provide you with all the Barça vs. Atletico Madrid odds predictions you need to place wagers.

BTTS is an exciting market, and many people combine it with others in accumulators or combination bets. It doesn't rely on the match-winner or any scorer, so you will only have to predict if both teams will score goals during the match or not. Atletico Madrid and Barcelona both have excellent strikers, but that's not always the only thing you should check before placing a bet on this market. We recommend that you see if the clubs are in the form, if any significant defensive or attacking players are out with injuries, and the general line-up for the match before deducing the chances of both teams scoring.

Over/Under goals is a popular choice among punters, and it's also used in many combination bets or ACCAs. You have to predict whether all the goals scored during the match will be over or under a specific number. Most bookmakers provide you with opportunities to choose between the range of over/under 0.5 and over/under 4.5. So, you will have to think this through before you place this type of bet.

Betting on the match-winner is a traditional wager, and many people enjoy it even today. We can't say that we have a favorite for the next match between Barcelona and Atletico Madrid, but as we near May 2021, you can check the popular bookie platforms to see what the oddsmakers think.