There must be a temptation for Barcelona to just let this whole thing play out and let the chips fall where they may. Paris Saint-Germain want to sign Neymar and they're are willing to shatter the world transfer record in order to do so by meeting his €222million release clause.

Neymar is a global superstar and you could make a fair argument that he's the second-best player in the world.

But the No.1 is also in the same side and the Brazilian supposedly feels he will never be fully appreciated in his own right as long as he is lining up alongside Lionel Messi.

So he wants to go. Barcelona don't want to lose him, but €222million is an awful lot of money. Release clauses are a requirement of all football contracts in Spain and they are designed to protect the selling clubs as well as the players.

The Blaugrana would be compensated to an unprecedented level if PSG get their man.

Even in the current transfer market, with all its eye-watering inflation, €222million can go a long way.

It could allow Barça to bolster their defence and to make another push for Marco Verratti. They would also still have enough left over to pursue Ousmane Dembélé or Paulo Dybala.

But it wouldn't be worth losing Neymar.The Brazilian No.11 is simply too important to Barcelona's present and future.

Last season he elevated his game to a level bordering that of Messi, leading some to almost question whether he had usurped the Argentinian magician as the team's most important player.

How Much Is Neymar Worth? | FC Barcelona | FWTV by FootballWhispers

He was selfless in his work. Although his starting position on the left of the front three was the same is it had been in the previous three seasons, Messi's drifting inside meant that Neymar had to drop a little deeper, with the right-sided midfielder pulling wider to, at times, form a lopsided 4-4-2.

This meant that Neymar's defensive work-load was increased, while his attacking output – goals, namely – suffered. But he still produced the best form of his career.

He found the net 13 times in La Liga which was his lowest return since his first season in Spain, but his numbers were up in almost every other category.

Defensively he was far more active too, chipping in with 1.5 tackles per 90 and 0.3 interceptions.

Neymar's increased importance went far beyond the quantifiable, too. His other-worldly performance in the 6-1 remontada, when Barça overcame his prospective new employers PSG in the Champions League after losing the first leg 4-0, was breathtaking.

It wasn't Messi who stepped up to the plate that night when Barcelona needed rescuing, it wasn't Luis Suárez or Andrés Iniesta either. It was Neymar. Almost singlehandedly, with two goals and a dramatic last-gasp assist for Sergi Roberto, the Brazilian made the impossible possible.

Barça need Neymar. They need him much more than they need €222million.

Messi, still the best and showing no signs of slowing down, is now 30. His decline is inevitable and is probably not too far off in the distance at this point. Neymar may want to move to escape his good friend's shadow, but the club's hierarchy must show him that Messi's kingdom will soon be his.

They must convince the former Santos star that he can achieve all of his individual ambitions in Catalonia. He is the rightful heir to Messi's throne and no-one but he is truly fit to wear the Camp Nou crown; the prince just needs to be patient.

At 25, Neymar has already achieved more than most players can even dare dream. He has scored or assisted 185 goals in 186 games since joining Barça in 2013 and is already one of Brazil's highest ever scorers with 52 goals from 77 caps.

But his best years still lie ahead of him; he is still improving. Neymar is a great of the game in his own right but perhaps he needs convincing of that.

If it's a money thing, then Barça need to free up some funds to satisfy his demands.

After all, Messi has just put pen to paper on an enormous new €40million-a-year contract which is thought to be more than double what Neymar currently earns. 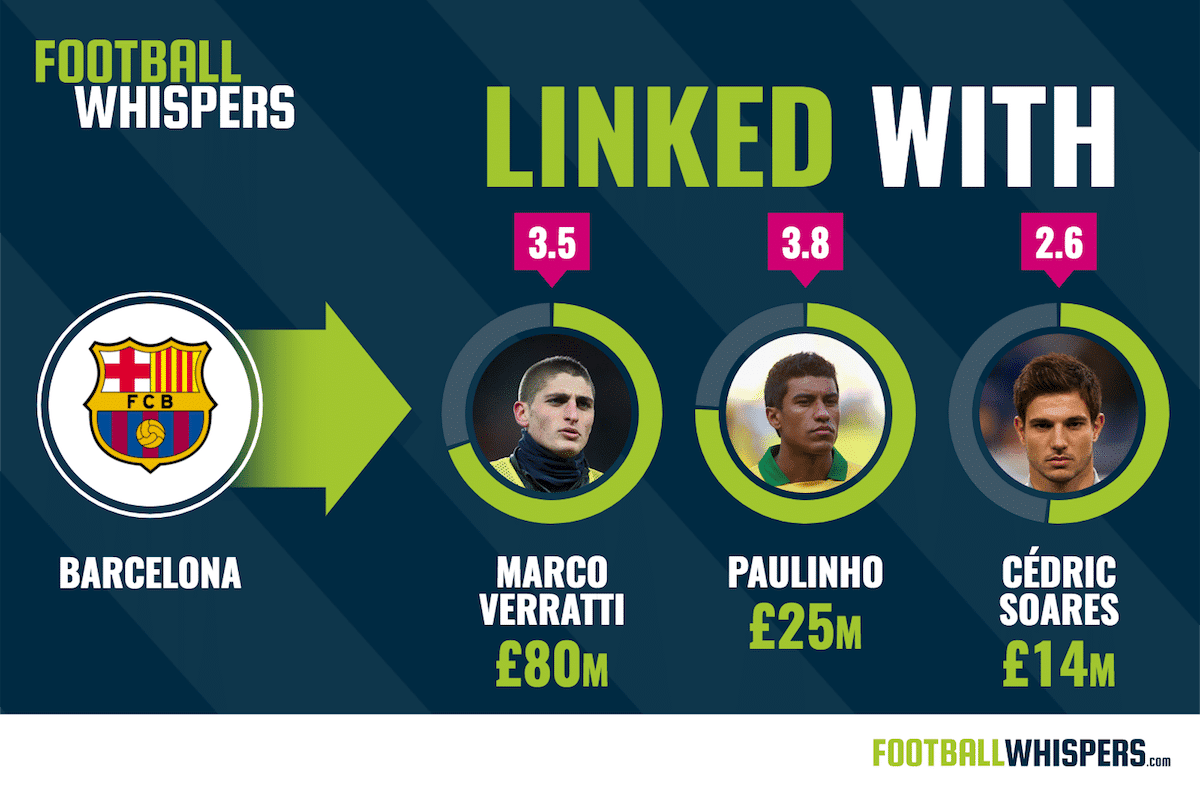 If Barcelona think they can replace Neymar, they are in for a shock.

Gifted though the likes of Dybala and Dembélé certainly are, Neymar is the finished product. If either of the Barcelona transfer targets reach their full potential, they'll be doing well to be within touching distance of the Brazil star's current level.

Neymar is also one of the most marketable athletes in all of professional sport, something which will not be lost on PSG as they prepare to fork out a fortune to land him.

When Messi fades, Barça will not only need a new star, they will need a new face; there is none more fitting than their No.11.

It might already be a foregone conclusion, Neymar could already have one foot in Paris. But Barcelona need to move heaven and earth to make him reconsider, otherwise they risk soon having a kingdom without a king.