“He has been completely unique and the day he leaves will be like the day your father dies,” Gerard Piqué said last October. “We talk about Leo now but one day he won't be here and we will be naked.”

It is quite a bleak and depressing future the Spain international described without his Barcelona team-mate, the legendary Argentine Leo Messi.

And it is a reality that has threatened to come to pass sooner than expected. A recent report by AS states that Messi, whose current deal expires in the summer of 2018, has rejected the club's first offer of an extension, said to be worth around £29 million a year.

In spite of this rebuff, it is reported both parties are confident an agreement will be reached in the coming weeks and Messi should end up staying at the club he calls home. 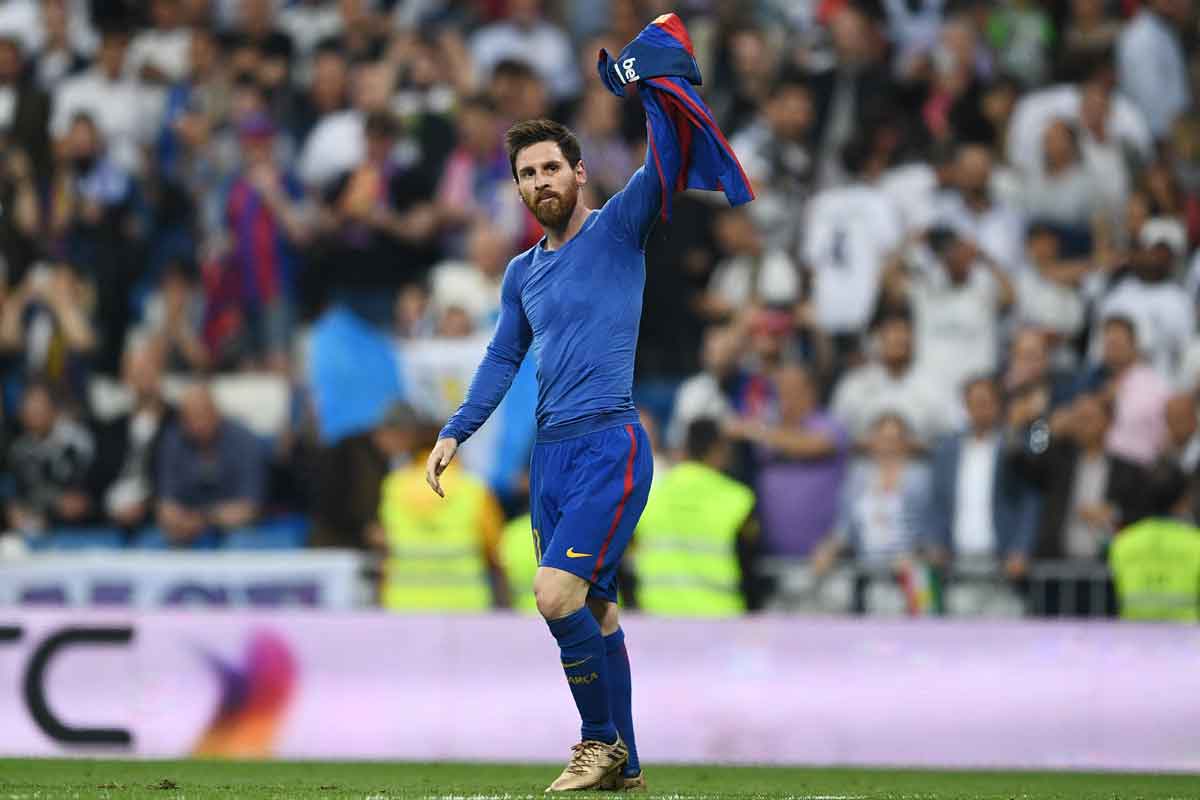 But considering he is now 29 years old, is Messi worth the huge money and long contract Barcelona will have to offer to keep him?

The answer comes down to the weight of his output for the La Liga side and whether he is still producing the goods as he continues to get older.

A hugely impressive 51 goals in 48 appearances so far this season for the club in all competitions – including a league-leading 35 and a further 11 in the Champions League – suggests Messi is still Barcelona's main man. He has also assisted 11 goals.

In La Liga, he has taken a league-leading 166 shots, with a conversion rate of 21.7 per cent. In the Champions League he attempted 38 shots prior to Barcelona's elimination at the hands of current semi-finalists, Juventus, converting 28.9 per cent of them.

But do these numbers stack up against those of recent seasons? Is Messi on the decline or he he getting better with age?

During the previous campaign, Messi scored 26 goals in 33 La Liga games. Only his team-mate Luis Suárez (40) and Ronaldo (35) scored more.

So he has proven more efficient in this season compared to last. 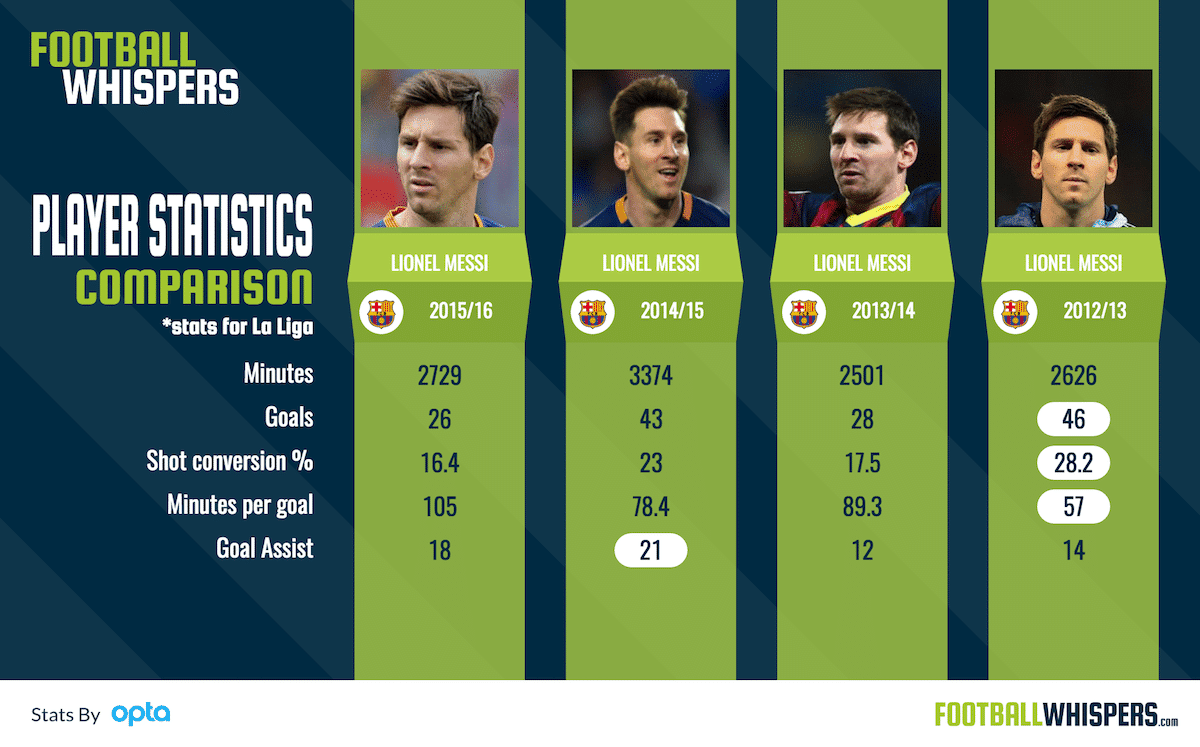 The above graphic shows the 2014/15 La Liga campaign was an excellent one for Messi. He scored 43 times, converting 23 per cent on his shots, and assisted a further 21. He also notched ten times in the Champions League.

His 2013/14 season was disrupted by an injury sustained in November but he still struck 28 times in La Liga, where he finished second top scorer to Cristiano Ronaldo. Messi found the back of the net with 23 per cent of his shots.

The 2012/13 campaign was a fine one for Messi as he won the Pichichi after netting 46 goals in the league. His shot conversion rate was 28.2 per cent and he scored a goal every 57 minutes.

They are staggering statistics but still not a patch on his 2011/12 season, arguably when Messi was at the absolute peak of his powers.

Messi scored an astonishing 73 goals in all competitions, assisting a further 35. Of that ludicrous amount, he struck a record-breaking 50 in La Liga. He also created a further 20 for his team-mates meaning he contributed to a Barcelona goal in the league 46.7 minutes.

In the 2012 calendar year, Messi scored 91 goals in all competitions, breaking Gerd Muller's longstanding record of goals scored in a calendar year.

“My record stood for 40 years – 85 goals in 60 games – and now the best player in the world has broken it, and I'm delighted for him. He is an incredible player, gigantic,” Muller told Sport1.de at the time.

What is more, since the 2009/2010 season, Messi has scored at least 40 goals in all competitions, which is a truly remarkable feat.

The numbers without a doubt tell a simple yet profound truth. Messi has proven himself to be a uniquely influential and consistent player for his side over the years. A scorer of many, many great goals and yet a selfless player who is happy to set up team-mates.

It is little wonder he is regarded as one of the best players the game has ever and perhaps will ever see. Five Ballon d'Or awards and a trail of broken records behind him gives irrefutable proof of that.

And still, this season has seen Messi continue to reach new milestones and leave the football world grasping for new adjectives with which to describe him.

He reached the 500-goal mark for Barcelona during the current campaign and stole the headlines with a last gasp, game-winning goal in last month's fiercely contested El Clásico against with Real Madrid. Far from a declining force, he is still very much the man for the big occasion.

“Messi is at his best in the big games, the special games,” Luis Enrique said in February. “There are few terms of praise left for what Messi does.”

Indeed. No wonder then Barcelona's president, Josep Maria Bartomeu, has no qualms about making Messi the world's best paid player. 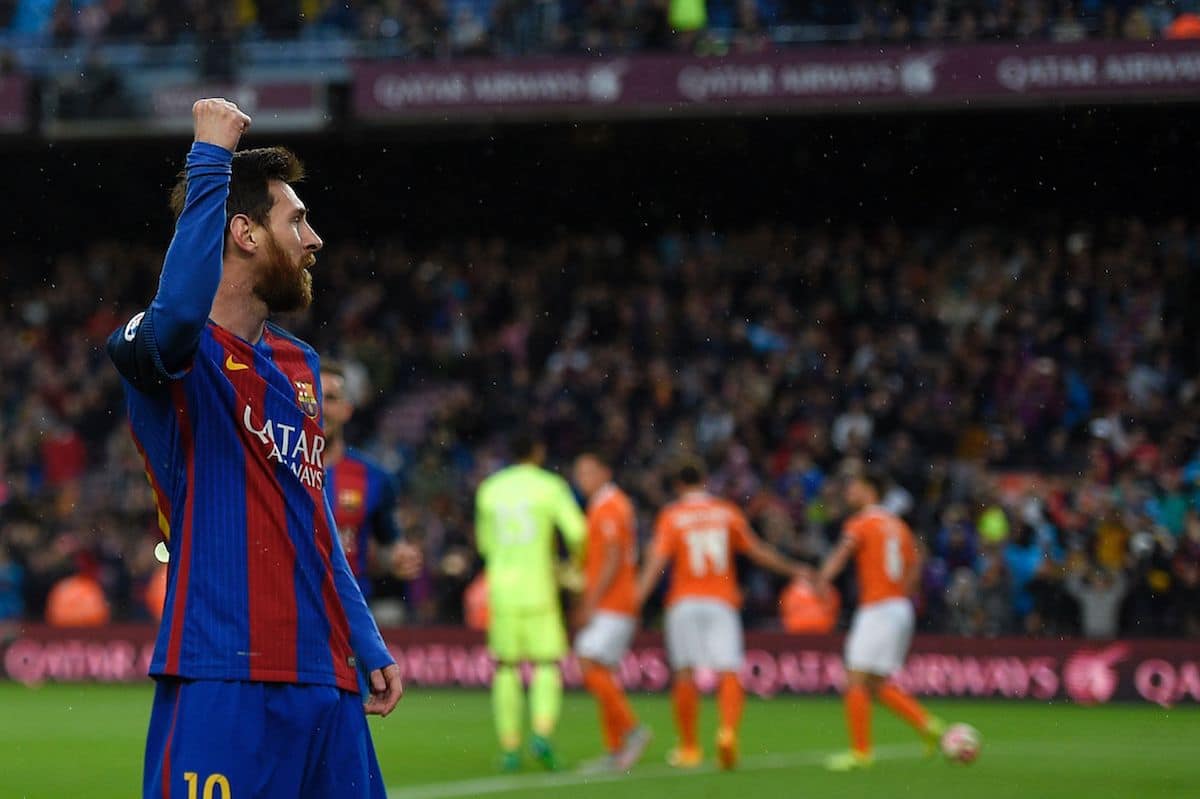 He added the following month: “I want to reassure everyone. I will handle the talks in person to ensure Messi stays here. Everything will be done with discretion.

“It is an essential renewal for the club. The sooner it's finalised, the better. We will do whatever it takes. Hopefully he retires at the club.”

Aside from what Messi does on the pitch, he is worth a lot off it too. Messi is one of the world's most famous sportsmen and has a global appeal. No doubt the powers at be at Barcelona are keen not to lose their prized asset for this reason as well.

As things stand there seems to be little to worry about from a Barcelona perspective. Messi has proven he is worth breaking the bank to keep and Barcelona are willing to do that to keep him

Barring a serious unforeseen occurrence, it is only a matter of time before we receive confirmation that Messi will be staying at the place he calls home.