Barcelona appear to have made a breakthrough in the efforts to keep superstar Lionel Messi at the club beyond the summer, according to the Sun. Messi is out of contract in the summer and the availability of the Argentine has made several clubs like PSG and Manchester City take notice of the situation. Barcelona have been confident in keeping Messi despite their financial troubles. 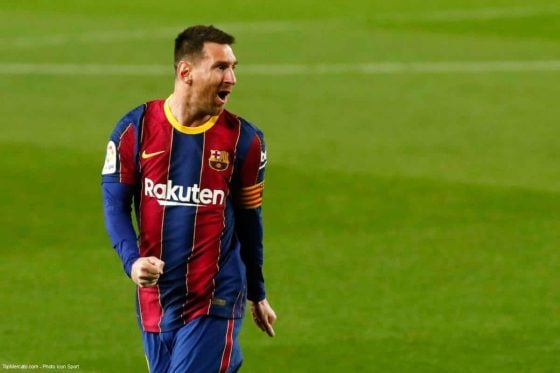 The Sun reports that Barcelona have been able to agree a new two-year contract which will run until the summer of 2023. The breakthrough has been made in recent days, as Barcelona have made significant progress in convincing Sergio Aguero to join the Camp Nou on a free transfer.

Aguero will be leaving Manchester City in the summer. His friendship with Messi has led to a lot of rumours about Barcelona being at the forefront of being able to sign the 32-year-old.

Messi is by far the biggest earner at Barcelona. A leaked report back in January revealed how Messi makes more than €100 million every year on his current four-year contract, which was signed in 2017. Barcelona have debts of more than €1 billion, but they simply cannot afford to lose the commercial revenue and the morale boost that a player like Messi brings to the team.

Even though Messi has been the face of Barcelona for more than a decade, the superstar is running out of time at 33 years of age.

Barcelona recently elected Joan Laporta as the new president. He is expected to make sweeping changes to the club, who will be undergoing a financial audit. Joan Laporta has been in talks with manager Ronald Koeman over continuing his position. The club are also believed to be in the race to sign Georgino Wijnaldum – once again on a free transfer – from Liverpool.