One, two, three – that’s how many touches it took Lionel Messi to collect a pass over his shoulder, set himself for the shot while moving away from the tracking defender and fire high into the net from a relatively tight angle. The mark of the great Argentinean is in how easy he makes skill like this look. This, make no mistake, was not easy.

The ball over the top for Messi wasn’t bad either. Played right on the halfway line, it was a flat drive of a pass that split open the Nigerian defence, putting the ball directly into the stride of the Argentina No.10. Messi still had plenty to do, but without the pass he wouldn’t have had the chance in the first place.

Éver Banega was the pass-maker, showing why he should have started every game for Argentina at this World Cup. Under-fire Albiceleste coach Jorge Sampaoli left the Sevilla midfielder on the bench for the opening group games against Iceland and Croatia, two games in which Argentina were overrun in the middle of the pitch. The introduction of Banega was called for and those calls were immediately vindicated in the match against Nigeria.

In 126 minutes of play at this World Cup (he came off the bench against Iceland), Banega, who is reportedly an Arsenal transfer target this summer, has averaged 103.57 total passes per 90 minutes.

That is an extraordinary number and illustrates how heavily Argentina rely on Banega to dictate the pace and direction of their play. Some central midfielders make about half that number of passes in a game.

Of those passes, an average of just 9.28 were made backwards per 90 minutes, with 33.57 per 90 minutes played forwards. Again, this provides an illustration of what Banega brings to Argentina.

Not only is he a midfield pass master, but he is the one who drives his team forward, especially when he has the defensive-minded Javier Mascherano alongside him.

The opening 25 minutes of the critical clash between Argentina and Nigeria demonstrated why Banega is so important to La Albiceleste.

The 29-year-old had more touches than any other player on the pitch, also playing the most passes and creating two goalscoring chances. What’s more, his movement across the middle of the pitch was relentless. He was everywhere. 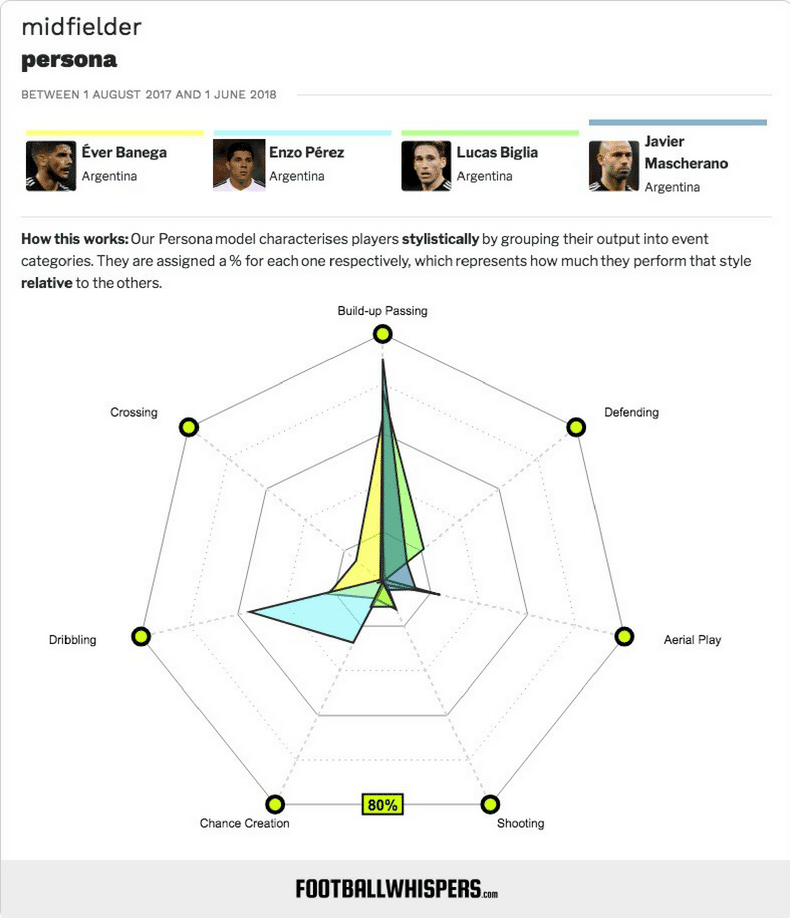 Now, Argentina will face France in the last 16 of the World Cup on Saturday and Banega must surely keep his place in the starting lineup. Against a midfield that will likely consist of Paul Pogba and N’Golo Kanté, with Blaise Matuidi perhaps played as a winger on the left flank, Argentina need presence in the centre of the pitch and Banega will bring that. If La Albiceleste are to get any further at this World Cup, the 29-year-old will be key. That looked obvious from the start.

In fairness to Sampaoli, Banega was less than convincing over the course of Argentina’s qualification campaign. The Sevilla midfielder was actually viewed as part of the problem rather than the solution, so it’s understandable Sampaoli was reluctant to pick him for the opening two group games against Iceland and Croatia. He might well have been overrun against the likes of Luka Modrić and Ivan Rakitić in the latter instance.

However, there were signs in his performances for Sevilla last season that hinted that Banega would have a good World Cup. He averaged 28.01 forward passes per 90 minutes for the Spanish outfit, mirroring his statistics for Argentina at this World Cup so far. He also averaged 2.66 tackles per game, reflecting the 29-year-old’s ability to break up opposition play in the centre of the pitch. 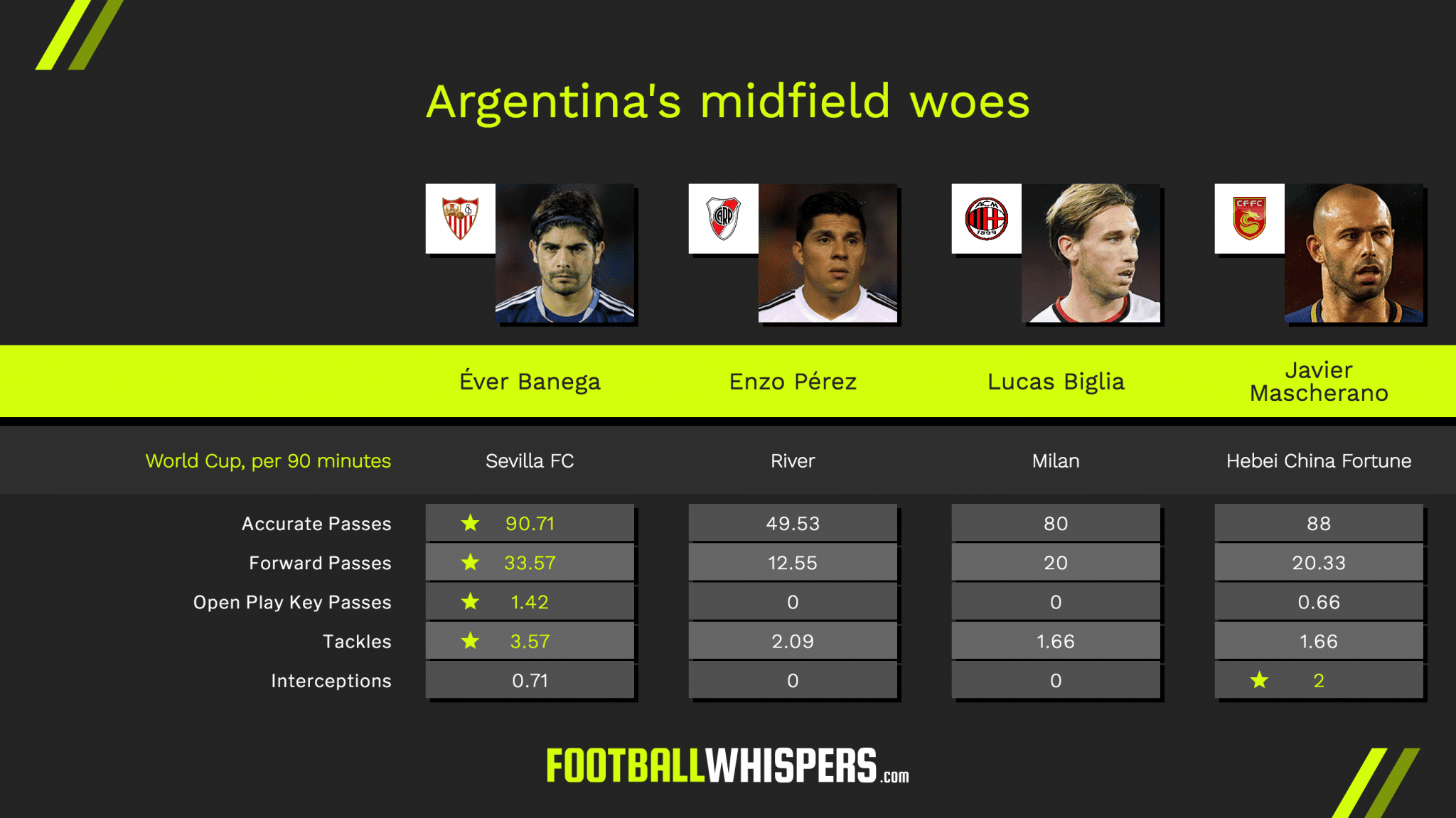 When people talk about a ‘double pivot,’ as has become part of the lexicon in recent times, Banega is the sort of player who comes to mind. He can tackle, make interceptions (he has averaged 0.71 interceptions per 90 minutes at this World Cup), recycle possessions and move the ball forward for others further up the field.

For all their struggles in Russia so far, Argentina still boast one of the best attacking lines in the tournament and Banega is crucial in giving them space to gallop into. He is their supply line. It’s no coincidence Messi came to life for the first time at this World Cup against Nigeria. That was, in no small part, down to Banega.

Sampaoli has made wholesale changes to his side for every game they have played at the World Cup and alterations will have to made for the game against France this weekend. But in Banega the embattled Argentina boss might just have found a lifeline.