Top free betting tips and odds for Bandari vs Sofapaka

Bandari sees the visiting Sofapaka at home in the next meeting of the Kenyan Premier League on Saturday, 04 June. It might be the most interesting duel of the weekend as both teams hold a sequence of undefeated games.

Both Bandari and Sofapaka have produced quite identical results in the recent meetings with four victories and one draw in the last five outings. However, we see Al Bandar with slightly more confidence for this duel that are undefeated in the previous three H2hs against Children of God, winning two of them. So we can predict Bandari to fancy their chances again in front of their home fans.

Bandari were unable to score in the last meeting, playing away, but hold a string of scoring in the recent consecutive home outings. Sofapake will also be expected to have chances as they are also scoring from the last four away games. adding more, the backline of the hosts also seems favourable for Children of God that leaked goals in the recent successive home games. Hence, we will be waiting for a BTTS outcome in this duel, the same as two of the last four H2Hs.

Bandari vs Sofapaka: Check out the best odds and the latest stats

Bandari vs Sofapaka: Check out the team lineups

Dockers terminated their winning streak of five league outings with a 0-0 draw against Ulinzi Stars. Bandari has lost only five games of the season so far and stands at the third position on the points table. All of the players will be ready to make an appearance on the team without any fitness issues.

Children of God returned to the winning ways in the last game with a 1-0 victory against Vihiga. Sofapaka has managed 11 wins and 13 draws in the 31 attempts of the season and currently stands in the sixth position of the table. The team manager Sam Timbe doesn’t have any injury concerns in the team ahead of this game.

Questions About Bandari vs Sofapaka 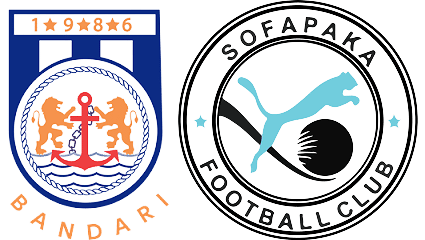