Republic of Ireland look to get some form going in the World Cup qualification campaign when they make the long trip to face Azerbaijan at the Baku Olympic stadium. Ireland have had just two points from the opening five matches.

Azerbaijan remained at the bottom of the qualification group following a 3-0 loss against Portugal. Republic of Ireland went four games without a win after being held to a 1-1 draw with Serbia at home.

Ireland will be aware that their chances of qualification are very slim. The team has not performed well in the regime of Stephen Kenny and things are unlikely to improve in a difficult away match. Despite having failed to qualify for the World Cup, Azerbaijan will be hoping to put up a strong display against the Irish. The reverse fixture produced a draw which would be the likely outcome even in this game.

Less than 2.5 goals in total

Ireland have scored less than 1.5 goals in six out of the last seven games in all competitions. The only exception was against Andorra when the team secured four goals. It is very likely that Azerbaijan will see more struggles from the visitors. Meanwhile, Azerbaijan are also struggling for goals.

Top Betting Odds and Stats for Azerbaijan vs Republic of Ireland

Azerbaijan vs Republic of Ireland: Match Preview and Team News

Azerbaijan have become the latest team not to reach the World Cup and they will be playing for pride in the remaining World Cup qualifiers. The national team has never been able to reach a major tournament and they have frequently been one of the lower ranking teams in FIFA.

Ireland has struggled throughout the regime of Stephen Kenny, who has only picked up one victory in 16 matches since taking over more than a year ago. Remarkably, this single victory came against minnows Andorra. The draw against Serbia once again highlighted the problems for Ireland, who have not reached the World Cup for more than two decades. It is unlikely that Ireland will spring a magic this time around.

Questions about Azerbaijan vs Republic of Ireland 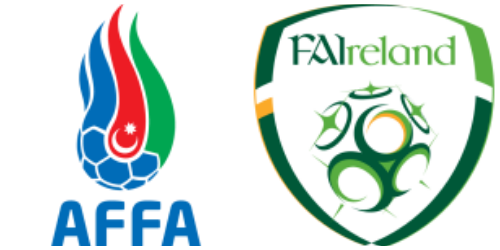 Where is the match scheduled? Baku Olympic Stadium in Azerbaijan

Which team is the favourite to win? Republic of Ireland