Azerbaijan claimed a hard-fought draw against Ireland on the road. For their next 2022 World Cup qualifier, they are in the comfortable surroundings of Baki Olimpiya Stadionu. However, the task is tougher than their previous engagement as Cristiano Ronaldo and his Portugal teammates arrive to test their resolve.

The Milli komanda will look to get a positive result but after letting their lead slip against in the 87th minute, the chances of their success look unlikely. However, we are backing Portugal to claim the three points on offer with a dominating second-half display. A brace from Cristiano Ronaldo saw them claim a come from behind victory over Ireland and then proceeded to register an overwhelming result against Qatar.

After earning his exit from Juventus, Cristiano Ronaldo has been in a buoyant mood. With Bruno Fernandes around him and Andre Silva in the company, Portugal are a threat to contend with. Their last two meetings with Azerbaijan finished in their favour but with underwhelming scorelines, and they should address that in this meeting.

Portugal are outright favourites against Azerbaijan and with good reason. They can score goals with aplomb and should test their rivals' resolve. However, their defence continues to concede goals and has been reliant on their attackers to bail them out. They have conceded in each of their last five matches and should allow the Milli komanda a place on the scoreboard in this meeting.

Azerbaijan vs Portugal: Check out the best odds and the latest stats

Match Preview of Azerbaijan vs Portugal

Like in life, there are rare certainties in football. One thing for certain is that Cristiano Ronaldo will find a way to score. He does not disappoint with the national team and Portugal fans cannot be more thankful. This should be on display again as he adds to his world record tally of international goals at Azerbaijan's expense. Gianni De Biasi now has a tough task that club managers face regularly when they come up against Portugal.

The Italian manager's worries are compounded by the fact that this Navigators' team has players who complement their captain. However, Milli komanda will not be fazed by their rivals prowess despite losing six of their seven meetings and only scoring once across this period. While Azerbaijan's latest crop of footballing stars continues to struggle against their rivals, they have begun to find the back of the net regularly and a positive result seems to be on the horizon.

Questions About the Azerbaijan vs Portugal 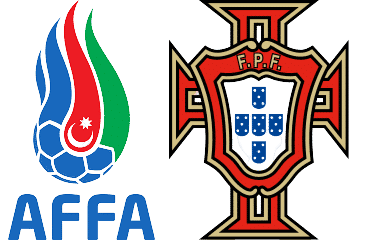 Where is the game being played? Baku Olympic Stadium.

Which team is the favourite to win? Portugal.