Somehow, Ayoze Pérez is only 25.

We've been watching him pop up on Match of the Day for years. Signed from Tenerife in 2014, he has been a regular fixture in the Newcastle United line-up ever since, racking up almost 200 appearances in all competitions.

He has never been hugely prolific – 47 goals in five seasons is nothing to get too excited about – and while he is certainly capable of producing classy moments, he has never been considered one of English football's elite playmakers.

He has, however, always been consistent in his output, scoring seven, six, 12 and ten in his first four years. Now, again on 12 in all competitions, he will make 2018/19 his finest campaign on Tyneside if he can net against Fulham on Sunday (11 strikes makes it his best Premier League season).

The Spaniard's form in 2019 has been impressive, with ten of his 12 goals arriving since mid-January, including a double in the 3-2 win over Everton and his first hat-trick to down Southampton.

Pérez's purple patch has not gone unnoticed. Inter and Napoli are said to have registered interest from Italy while Arsenal, according to reports, have also entered the race.

Should the Gunners beat Chelsea in the Europa League final, they will be able to offer him Champions League football next season, something which Napoli and Inter already can.

Interest is certainly high, but is Pérez – who Newcastle reportedly value at around £25million – good enough to nail down a regular starting berth at a Champions League club?

Firstly, let's take a look at how Pérez's game has changed slightly throughout this season. As you can see from the Football Whispers‘ player persona model below, since January he has focused less on dribbling and chance creation and has become a more potent goal threat.

His creativity has dipped, yes, having managed fewer assists, big chances created and attempted through balls, but more focus on getting into scoring positions has resulted in his expected goals per 90 shooting up from 0.28 to 0.46.

To contextualise, that's higher than the 0.42 of Salomón Rondón, the Magpies' main striker who was just named the club's player of the year.

Pérez's form is impressive given he has been deployed predominantly on the right wing, although he has, at times, shifted into a second-striker role to support Rondón. The pair are polar opposites; the Venezuelan is brawny, physical and aggressive while the Spaniard is blessed with twinkling feet and glides across the pitch when he puts the burners on.

Perhaps surprisingly, they have forged an effective understanding on the pitch; five of Rondón's seven assists this season have been for Pérez.

Despite his form since the turn of the year, a potential £25million move to Arsenal is likely to attract much skepticism. 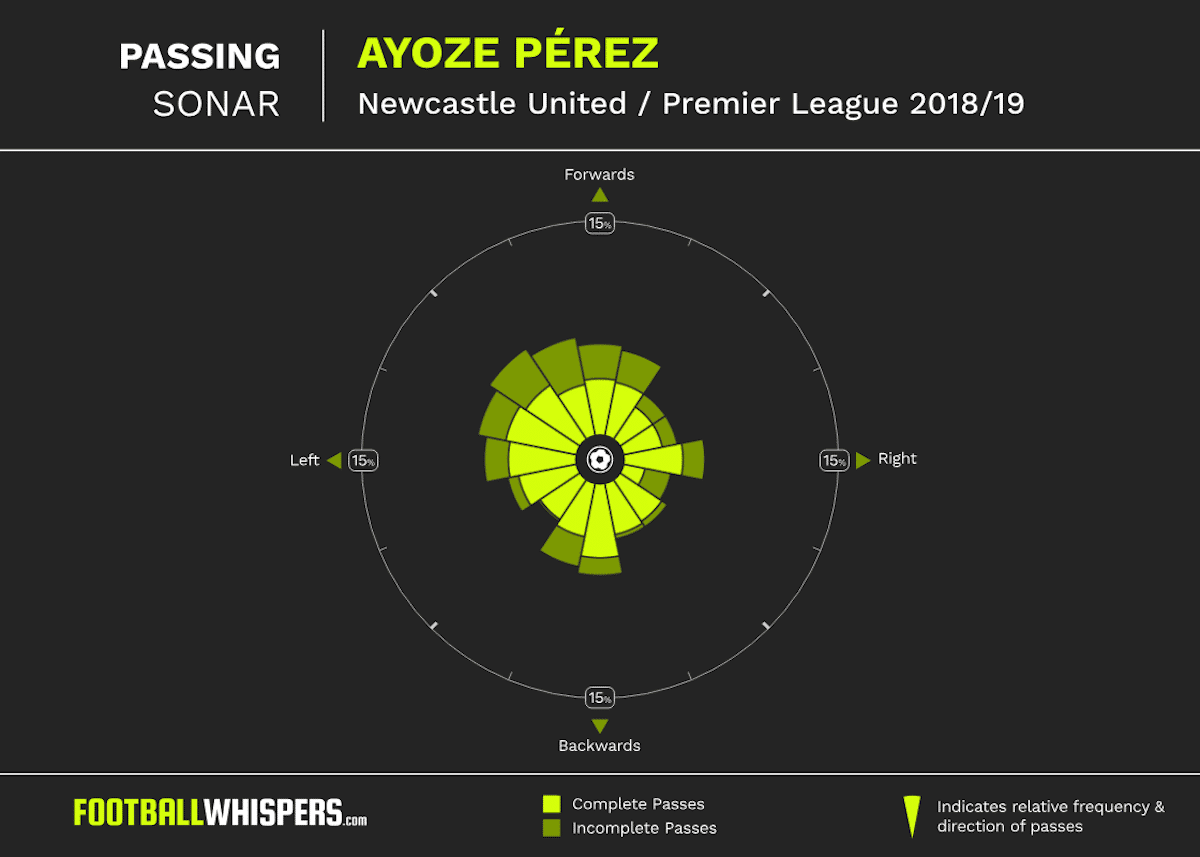 Firstly, Unai Emery's tactical versatility would virtually guarantee at least some time on the bench. Assuming Mesut Özil stays – the German recently replied ‘absolutely' when asked if he would be at the Emirates next season – it's difficult to see Pérez displacing the playmaker in the central role behind Pierre-Emerick Aubameyang and Alexandre Lacazette in Emery's 3-4-1-2.

The Gunners boss has also used a 4-3-1-2 and 4-2-3-1 at times during his first season in charge in north London. The latter system seems like it would be the best fit for Pérez, as he could comfortably slot into one of the three positions behind the main striker, although that, presumably, would mean Emery leaving out one of Aubameyang or Lacazette.

The Spaniard would suit Arsenal in a lot of ways. Notoriously tenacious, he has attempted more interceptions and tackles than any other forward this season and ranks first, third and fourth in possession won in the middle, attacking and defensive thirds respectively. 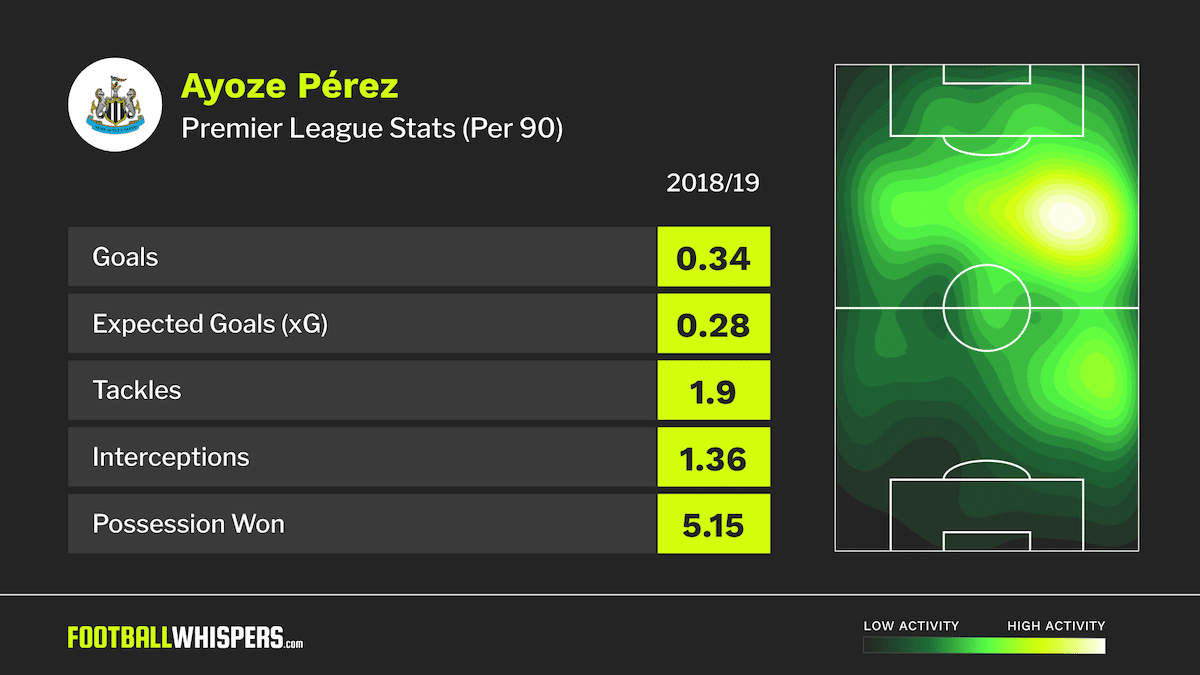 And, having completed five through balls – a very low-scoring metric given that no Premier League player has managed more than 12 this season – he has the ability to open up defences and create chances.

He has become a more effective final third player, too, with all 11 of his league goals coming from inside the box, four of which have been headers.

Reaching double figures for one of the league's lowest-scoring sides is certainly no mean feat and it's clear that Pérez has set himself on the right trajectory. But it seems doubtful that Arsenal – given the attacking quality already at Emery's disposal and the more pressing need for a centre-back – would meet Newcastle's asking price.

The player is presumably attracted to the idea of playing in the Champions League and possibly competing for titles. With plenty of years left in the tank, it would be interesting to see how he would fare abroad.

Equally, though, it would be disappointing to see him leave Newcastle right when he seems to have found a formula for goalscoring.