Watching him stroke home for Newcastle in Sunday’s 2-1 win over Arsenal, Ayoze Pérez didn’t look like a player who has had the weight of the world on his shoulders. That has, however, often been the case.

Sunday came as something of a relief for the player. First, he weighed in with a goal. Not just any goal either. Seeing that DeAndre Yedlin had picked up the ball out wide, Pérez made a darting run to evade the defender before cutting across the ball to finish superbly.

Not content with that, the Spaniard followed it up with a delicate flick to Matt Ritchie for the winner.

The win ensured another season of Premier League football for the Magpies and, while several factors have contributed to this, Pérez’s form has been inspirational in recent weeks as the team made a significant push to keep their status in the top flight.

It’s now three goals in his last three games for the former Tenerife man, as well as an assist, putting him directly involved in four goals in that period.

Things haven’t always gone quite as well this season for Pérez, who has taken his fair share of criticism from Newcastle fans. His lack of composure in front of goal and physical weakness have often been cited as his worst traits.

His xG is slightly below par and backs up a feeling he could tune up in front of goal, having scored 0.21 goals – his xG is slightly more at 0.23. This from a player firing in 2.01 shots per 90 minutes at the moment, with a shot accuracy of 36.9 per cent. 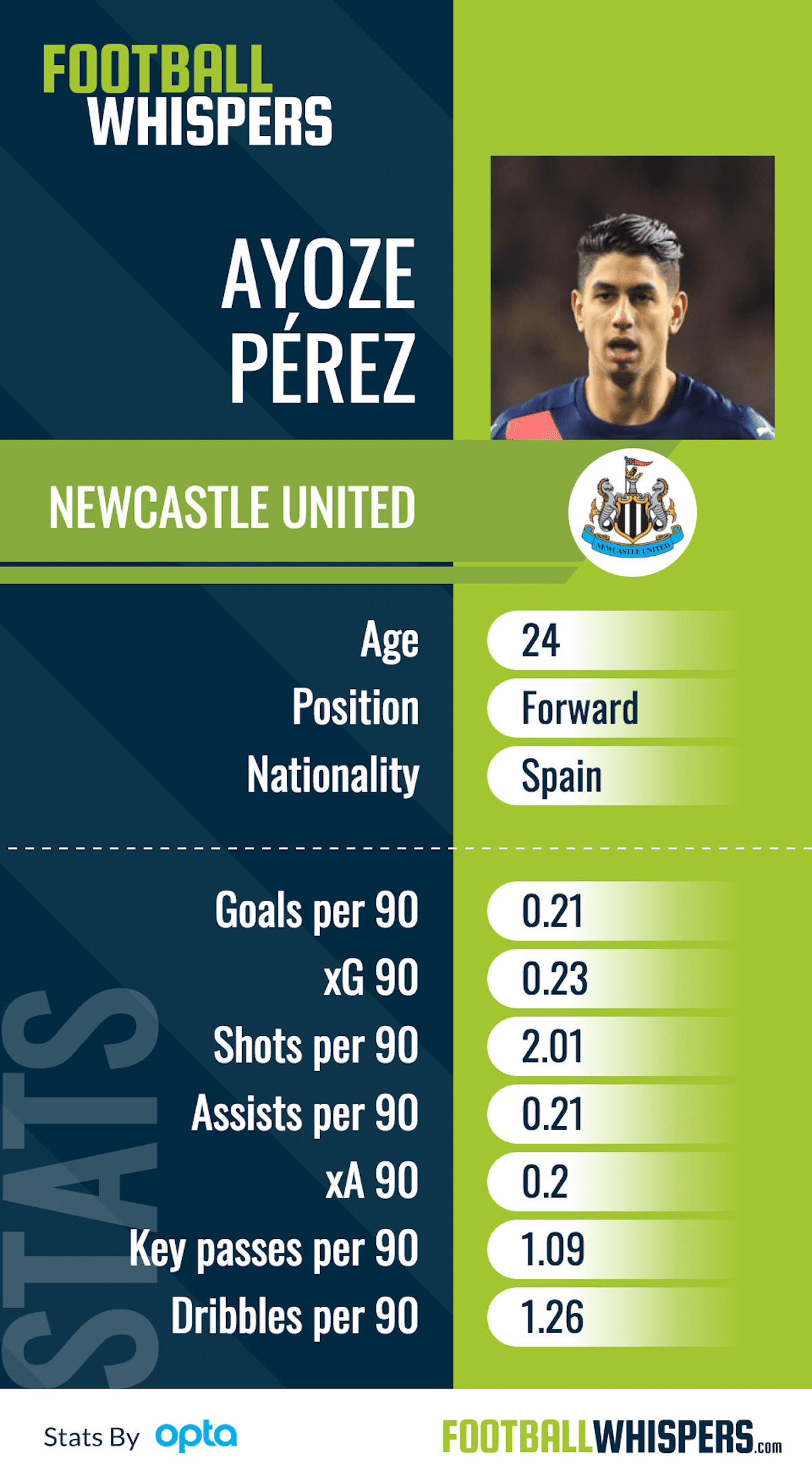 He has shown in the last few games he’s capable of rising above it, however, with displays of clinical finishing and improved decision making when on the ball. It’s not something lost on his manager either, who pointed out the main area where Pérez must develop.

“Sometimes he can give the ball away, and he has to be more composed. But he’s working so hard and he’s gives us so many options, and if he can score these kind of goals, much better for the team,” said Rafa Benítez.

Indeed, the 24-year-old has been dispossessed 60 times this season, averaging out at 2.62 times per 90 minutes.

Benítez also has an explanation for that, though. 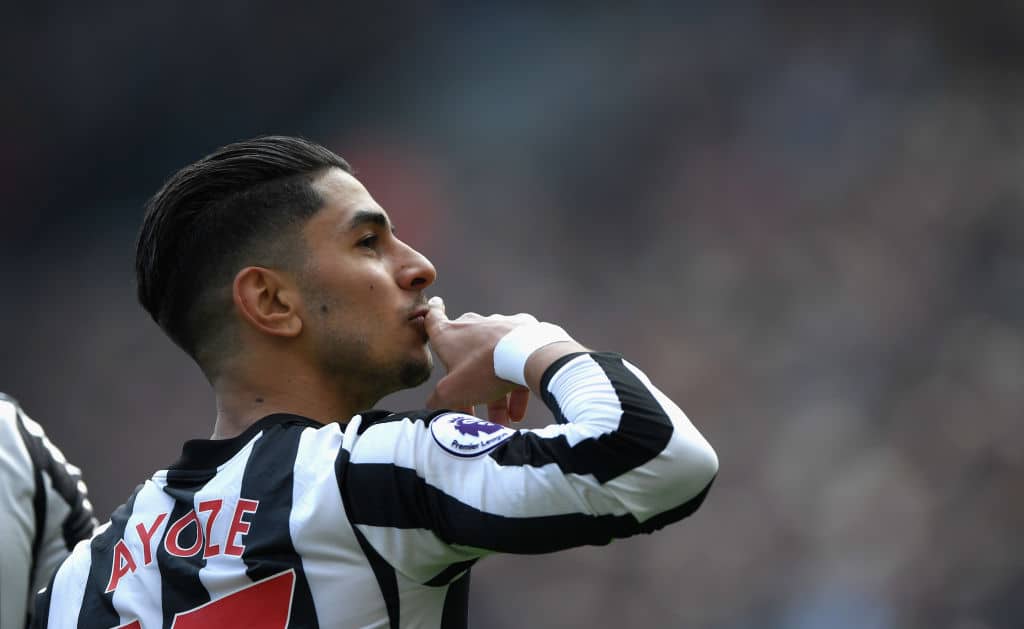 “Some people are saying, he is too lightweight, and he gives the ball away, but he plays in a position where he often has a lot of players around him and he has to do difficult things.”

It’s true that much of the time Pérez is doing various jobs, from playing as a No.10 in Benítez's 4-4-1-1 system, but also as the most advanced attacker. His work rate has never been questioned, with Pérez’s ability to press from the front and run the channels key features of his game.

Often he’s seen as the out ball by his defence and midfield, but lacks the necessary support to make things happen. With more passing options and angles available to him, the numbers perhaps wouldn’t be so cruel on him.

Still, in terms of attacking output he’s contributing significantly. His key passes in open play stand at 1.09 per 90 minutes, while his successful take-ons are at 1.26 per 90 minutes. Without his presence in attack, Newcastle would a much more toothless operation.

While Pérez packs no serious amount of bite, he is an essential outlet for the team. It’s why Benítez has persisted with him in the hope his form picked up – and it has.

“He has the movement and the understanding of the game and when we need something, for a player who plays between the lines of defence and midfield, he understands these things,” Benítez said.

Newcastle’s options generally speaking are quite limited, so to grow frustrated with a player with such unique qualities in a small squad makes little sense.

Now with confidence flowing, Pérez is a different player. It’s easy to forget he’s still 24 and, in many aspects, still learning. He could grumble and retort with the fact he’s not been afforded better players to work with, instead he continues to work hard and do a job for the team.

It’s interesting, for instance, to see his passing numbers and the balance between forward and backward passes. This is a clear indication of his hold-up play, and how he’s always looking to drop off and bring others into play should they emerge as options. One hundred and fifty-three passes have been backwards from Pérez this season, an average of 6.69 per 90 minutes. His forward passes meanwhile are less, albeit slightly, with an average of 6.34 per 90.

For someone of apparently limited physically, he plays the role extremely well and handles himself more often than not.

When Pérez arrived at the club in 2014 he did so from a second tier team in Spain, Tenerife, and was also used as more of a counter attacking player to break with.

He wasn’t seen as a bulky frontman, capable of backing in. Instead he took pressure off the midfield with his running and mobility along the forward line, being asked to stretch defences and pull players out of position. For those reasons, he’s had a more gruelling adaptation than most players when coming to England.

While he’s not single handedly saved Newcastle this season, Pérez’s contribution at the business end of the season has been important. With options at the club limited, Pérez has stood up to be counted when it matters most.