After losing their first game of Euro 2016 in hugely disappointing fashion, it was imperative this star studded Belgian side recovered to beat Ireland if they were to advance from their group.

And thanks to a much better performance, they managed to bounce back in emphatic style, defeating Ireland 3-0.

After being on the receiving end of some extremely harsh criticism, Belgian manager, Marc Wilmots, felt a real sense of vindictation in the resounding win. In his post-match comments, the 47-year-old just couldn't resist the chance to fire back at his many doubters in the media. “We have had four successful years, but then with the first defeat (against Italy), that is all forgotten. It is manipulation,” he said.

“Public opinion is manipulated by certain people. We have superb supporters, but some people want to lead them down a bad path.”

Belgian's man of the match, Axel Witsel, then added: “Criticism is a part of football and we've accepted the criticism. We need to have the mentality we had today for our future matches.

“We played really well today, really needed for us after a difficult week.”

Witsel's application and approach certainly couldn't be questioned by Wilmots, however, as the Zenit enforcer exuded aggression, fight and intensity throughout, in a match where his desire to do all he could for his team was a key cornerstone of the victory.

From his customary holding midfield role, alongside Mousa Dembele, the pair displayed their impressive understanding from the outset. With Belgium up against an Irish side who were content to sit deep and absorb pressure, one of the midfield duo would duly push forward into the attacking third and get involved. Crucially, however, one would counterbalance this by sitting back to protect the defence in case of a turnover. 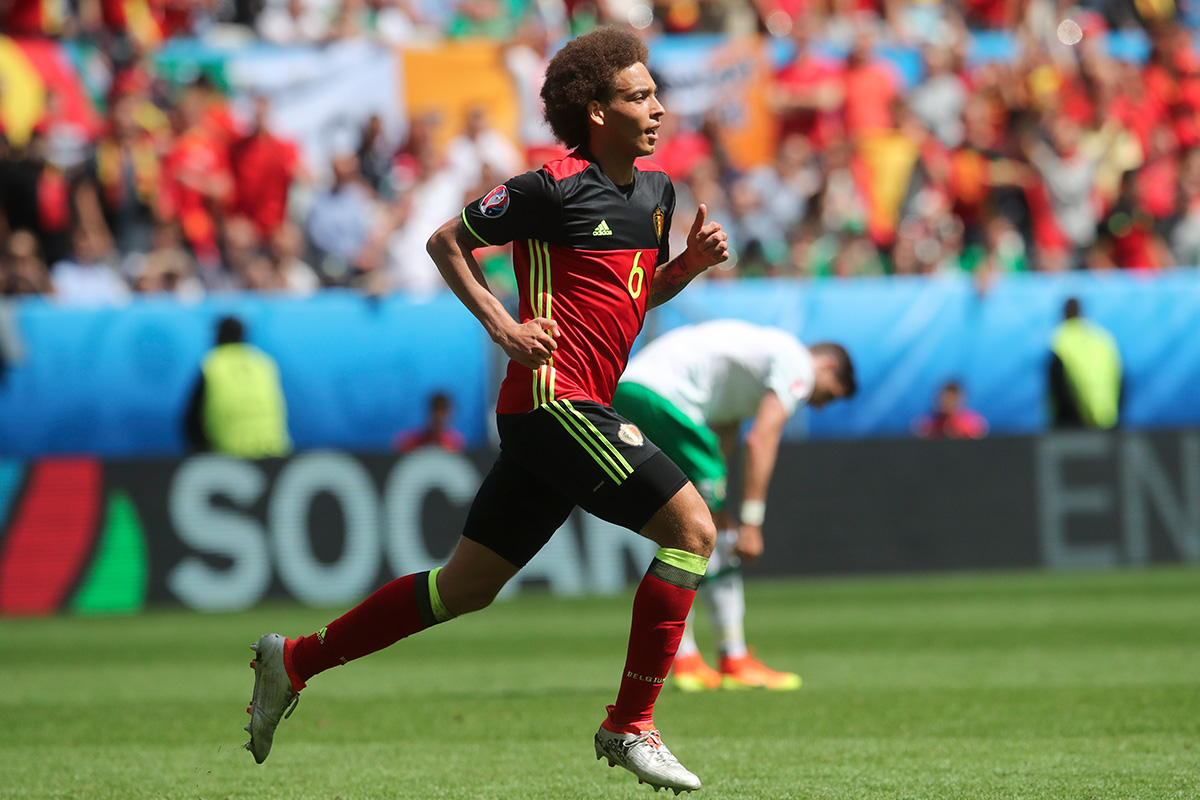 It was almost telepathic how Witsel and Dembele knew who would push forward and who would stay put at any given time; there was never any confusion surrounding who would do what, as they coalesced smoothly and without any glitches.

Not only did this allow the Red Devils to get another body forward, but it also let Witsel and Dembele make great use of their brilliant attacking qualities. While both men showed their slickness to combine beautifully with their colleagues in confined spaces, Dembele's majestic dribbling ability and Witsel's precisely timed forward surges effectively parlayed to provide very different yet equally effective headaches for Ireland.

This unpredictability constantly unsettled Martin O'Neill's backline and effectively manipulated their defensive structure throughout, which also worked wonders in terms of creating space for Belgium's other attackers.

Witsel's powerfully struck headed goal on 61 minutes served as a glowing illustration of how damaging his forward bursts were. Here, after noticing Thomas Meunier preparing himself to cross, Witsel made his move, as he cunningly ghosted in behind a hapless James McCarthy to nod home unmarked. His timing couldn't have been more perfect too, for this was the 27-year-old's first goal for the national team since scoring in September of 2014 against Australia. Moreover, his goal held extra for significance, as it arrived after a move that consisted of a remarkable 28 consecutive passes, the most passes leading to a goal in the tournament since 1980.

Defensively, Witsel went about his work with typical physicality and purpose. He put his hulking 186cm frame to good use, with his strength seeing him persistently able to outmuscle his opponents to win duels both, on the ground, and in the air.

Midway through the second half there was one moment that aptly encapsulated his tremendous defensive contribution and dedication. In this instance, he firstly produced an inspirational diving header to clear a whipping Robbie Brady cross. Then, while still lying on the ground, the ball made an immediate return into the box, and Witsel executed a desperate clearance from his unorthodox position to once again clear the danger.

Having such a commanding, polished presence at the heart of midfield, who's such a well rounded footballer bereft of any real weaknesses, unquestionably makes him such a huge asset to Wilmots' side. And one that should provide an ideal platform for the Red Devils to go deep in the summer showpiece.

Beyond the Euros, however, Witsel's future is far from certain, with the player at the centre of all sorts of transfer speculation. Among those interested include Napoli, Everton and Stoke City, but Zenit have made it clear they won't sell for anything less than £30 million for their jewel, which is what they paid Benfica for him in 2012.

Another sticking point may arise in matching his sizeable salary, for he's reportedly on a whopping €4.2 million per year. Witsel himself has made his intentions of leaving clear by telling Gazzetta dello Sport: “Next season I would like to play in the Premier League or in Italy.”

“I would like to try a fresh experience in a different championship. I need a new challenge.”

The lucky party who secures his services will be getting great bang for their buck, though, as they'll be getting a player who possesses all the tools, experience and physical attributes to come in make an instant impact.

But for now, all that will have to wait. After all, attempting to help his country win the Euros is all that's occupying the afro haired star's mind for the time being.