Austria host Moldova in World Cup Qualification Group F on Monday evening. Read our expert predictions and find the latest odds for the game below in our match preview.

Following a disappointing qualification campaign, Austria will be determined to finish on a high at home to Moldova. Find our top three predictions for the contest below.

Austria’s qualification hopes are in tatters, though they will be doubly determined to end their disappointing Group F campaign with a comfortable win against Moldova on Monday. The Moldovans have already suffered heavy defeats on three occasions in the section, shipping 16 times over three losses to Denmark (twice) and Israel). Austria have the quality to run riot in similar fashion, so back over 2.5 goals to be scored this week.

Austria rattled home four goals past Israel on home turf on Friday evening and the hosts will be out to match that output in the final third in front of their own supporters again on Monday. Moldova have conceded 13 times in just four away assignments in Group C so far and their leaky defence could suffer again in Klagenfurt am Wörthersee. With that considered, we recommend backing Austria in the over 2.5 team goals market.

Marko Arnautovic was among the goalscorers on Friday evening in Austria’s 4-2 rout of Israel, taking his total to three goals in three games for club and country. The in-form frontman has also registered three times in his last four runouts for Austria and the ex-West Ham star is our tip to make his mark again against a fragile-looking Moldovan outfit on Monday.

Austria vs Moldova preview: Austria hoping to restore some pride

Austria had been tipped to make the cut from Group F alongside Denmark, though they have fallen well short of expectations and they will be spectators at next year’s World Cup as a result. Back-to-back defeats in September to Israel and Scotland did the damage and Franco Foda has some repair work to do on his reputation after a disappointing qualification campaign.

With eight defeats in nine assignments in Group F, Moldova have been makeweights again during their latest qualification run. Their 8-0 hammering at Denmark back in March was a real low point and few positives can be taken from another humiliating set of group performances. The Moldovans have conceded a staggering 26 goals in nine fixtures overall. 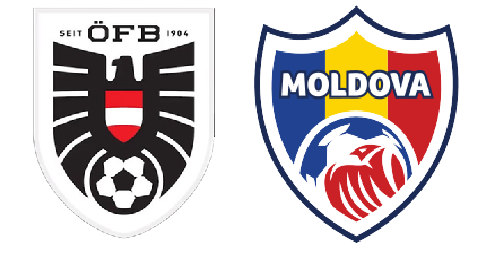 We recommend checking out the odds at NetBet for Austria vs Moldova.

Where is this game being played?

Monday’s game will be contested at the Wörthersee Stadion.