With just two qualifying games left, Austria sit 4th in Group F with no chance of catching table-toppers Denmark or second-placed side Scotland but are just 3pts behind Friday's guests Israel. With so much on the line, we expect both of these teams to give their all in this penultimate World Cup qualifier.

Here are our predictions for Austria vs Israel.

There is an excellent chance that we will be treated to plenty of goalmouth action on Friday as five of the last six encounters between Austria and Israel have produced over 2.5 goals. At least three goals have also been scored in each of Israel's last six matches across all competitions, so you can see just why we're confident that there will be goals in this game.

Both teams have scored in each of the last five head-to-heads between these two nations and we're expecting more of the same this Friday. Three of Israel's last four fixtures have also ended with both teams getting on the scoreboard, while Austria have only managed to keep two clean sheets in their last four attempts and both of those came away from home.

Israel striker Zahavi is enjoying a fantastic scoring run in the World Cup qualifiers and is currently just 1-goal behind the competition's top scorer Depay of the Netherlands. Zahavi has netted 8-goals in Group F so far and Israel are likely to need their main man to perform in their last two fixtures if they are to stand any chance of making it to Qatar in 2022.

Austria gave a good account of themselves away at the group leaders Denmark but a solitary goal from Maehle early in the second half proved enough for the home side to claim all 3pts. There can be no denying it, Austria have underperformed in these qualifiers as they were predicted by many to finish in second place and now they might not even qualify altogether.

Last month Israel played host to Moldova and while they didn't win as emphatically as many had predicted, they did secure the all-important 3pts. Zahavi scored his 8th goal of the qualifiers to put Israel in front in the 28th-minute and teammate Dabbur made it 2-0 early after the restart for the second half. Israel conceded a late goal in stoppage-time but by that point, the result had already been decided. Israel have proven a worthy adversary in the group stage and could still pinch the runners-up spot from under the noses of Scotland if results go their way this week. 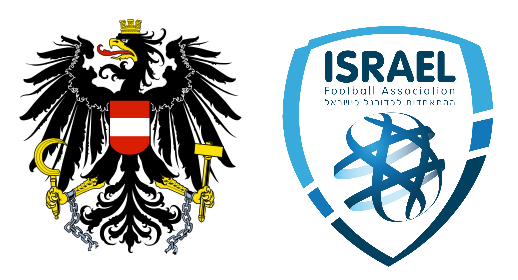