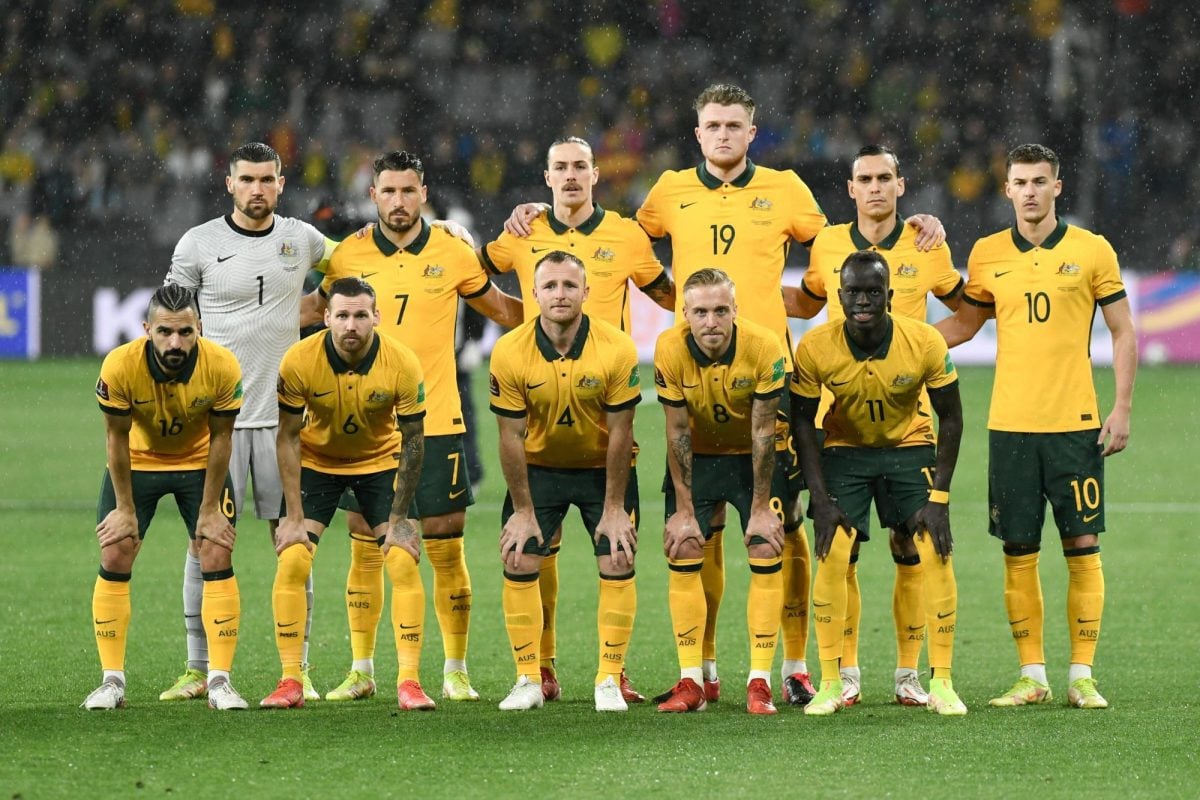 Australia may have one of the shortest trips to Qatar for the 2022 World Cup, but they certainly took their time in qualifying for the competition.

The first section was, of course, out of their hands, with the Socceroos firstly having to qualify from Asian second-round qualifying in a group alongside Kuwait, Jordan, Nepal and Chinese Taipei.

They made short work of their opponents, but things unsurprisingly took a step up in the third round, with Australia drawn in Group B against Saudi Arabia, Japan, Oman, China and Vietnam.

A third-place spot was secured, with Graham Arnold’s side forced into a fourth-round play-off against the UAE. Australia narrowly came out 2-1 in the Doha meeting.

Their efforts to get to the 2022 World Cup did not stop there, however, with Australia then facing an inter-confederation play-off against Peru. The game went right down to the wire, with the Socceroos advancing on penalties after a goalless draw.

Given the lengthy qualification process, Australia were among the final countries to qualify for the competition this winter.

The footballing gods did not look so kindly on the Aussies despite all of their hard work, with Arnold’s men drawn against France, Tunisia and Denmark in Group D of the 2022 World Cup.

The nation have also been handed poor luck with injuries in the build-up to Qatar. A handful of key players have been nursing injuries for the majority of the season.

Former Arsenal and Brighton goalkeeper Mat Ryan looks set to be Australia’s number one in Qatar. He has 74 caps for his country, and needs just one more clean sheet to move second in the nation’s all-time list.

Ryan will be backed up by Andrew Redmayne and Danny Vukovic. The former played a key role in qualifying for the tournament, having been subbed on right before the ultimately victorious penalty shootout win over Peru in the inter-confederation play-off.

Redmayne’s dance moves across the line aimed to distract the opposition penalty takers, and his decision proved effective, with the goalkeeper saving the decisive penalty to send his country to the World Cup.

The ingenious tactic has been seen before, with Netherlands manager Louis van Gaal swapping out Jasper Cillessen for Tim Krul in the 2014 World Cup quarter-finals. Krul saved two spot-kicks as the Netherlands knocked out Costa Rica.

Penalties are, of course, a normal part of major tournaments like the World Cup. It wouldn’t be surprising to see Arnold pull out the tactic if Australia find themselves in the latter stages of the tournament.

Which defenders have made the Australia World Cup squad?

Injuries have impacted the likes of UK-based Harry Souttar and Nathaniel Atkinson, but both have been included by Arnold this winter. The lack of match fitness will undoubtedly be a real worry for the boss.

Much of the noise around Australia’s midfield has focused on the talented attacking midfielder Ajdin Hrustic. The Hellas Verona man is awaiting news on an injury, with Arnold undoubtedly worried about a player who has been central to the national team over recent months.

Australia do, however, have plenty of options to help out in midfield. That includes two Scottish Premiership players; Celtic’s Aaron Mooy and Hearts’ Cameron Devlin.

Riley McGree hasn’t exactly had a standout season since moving to Middlesbrough in January 2022. But after a spell without starting regularly, he is now getting plenty of minutes for the Championship side. 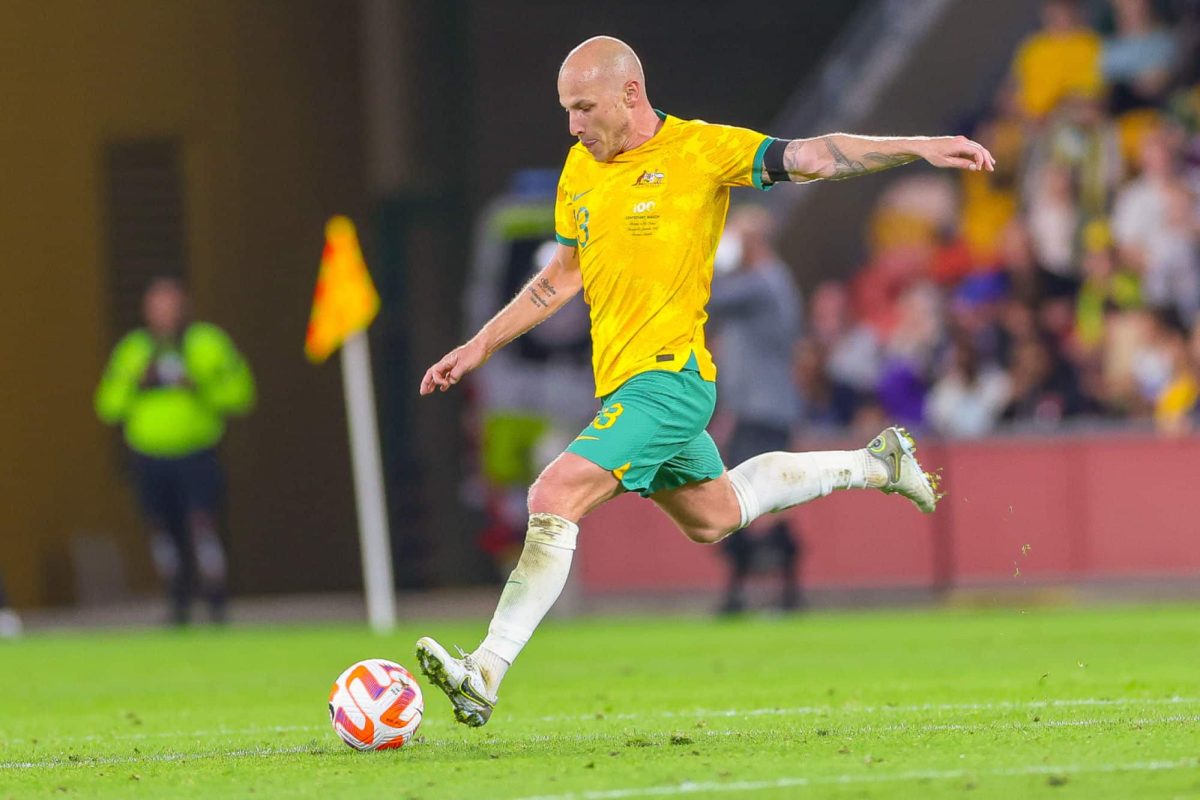 Which forwards made the final cut for Australia?

Central Coast Mariners striker Jason Cummings secured a place in the final 26-man cut. The same can be said for Mitchell Duke who plays his club football in Japan.

The Melbourne City duo, Mathew Leckie and Jamie Maclaren, have also been called up to the Australia squad. They have both started the new A-League season in fine fashion, as has former Nottingham Forest and Rangers striker Jason Cummings.

As expected, Australia failed to get a positive result from their first game at the tournament. Although they managed to grab the lead early in the game against the defending champions France, it was all France after that and the Australians ended up losing the game 4-1. So, their previously low chances of reaching the knockout stage have been further diminished after the first game, but the team still has a couple of matches left to try and turn the situation around.

The chances of Australia actually getting out of Group D were pretty low even before the start of World Cup, but now they've fallen further down after the team lost convincingly to France in the first round. And while the team still has a chance to qualify, it's hard to envision them doing so, although Australia did take the lead against France and perhaps that is a sign of positive things to come.

With that in mind, let's take a look at some of the outright odds for Australia at the moment:

Cleary, the bookies don't see Australia making it to the next stage and even them finishing third in Group D is a huge doubt with Tunisia ahead of them as the favourite to do so. 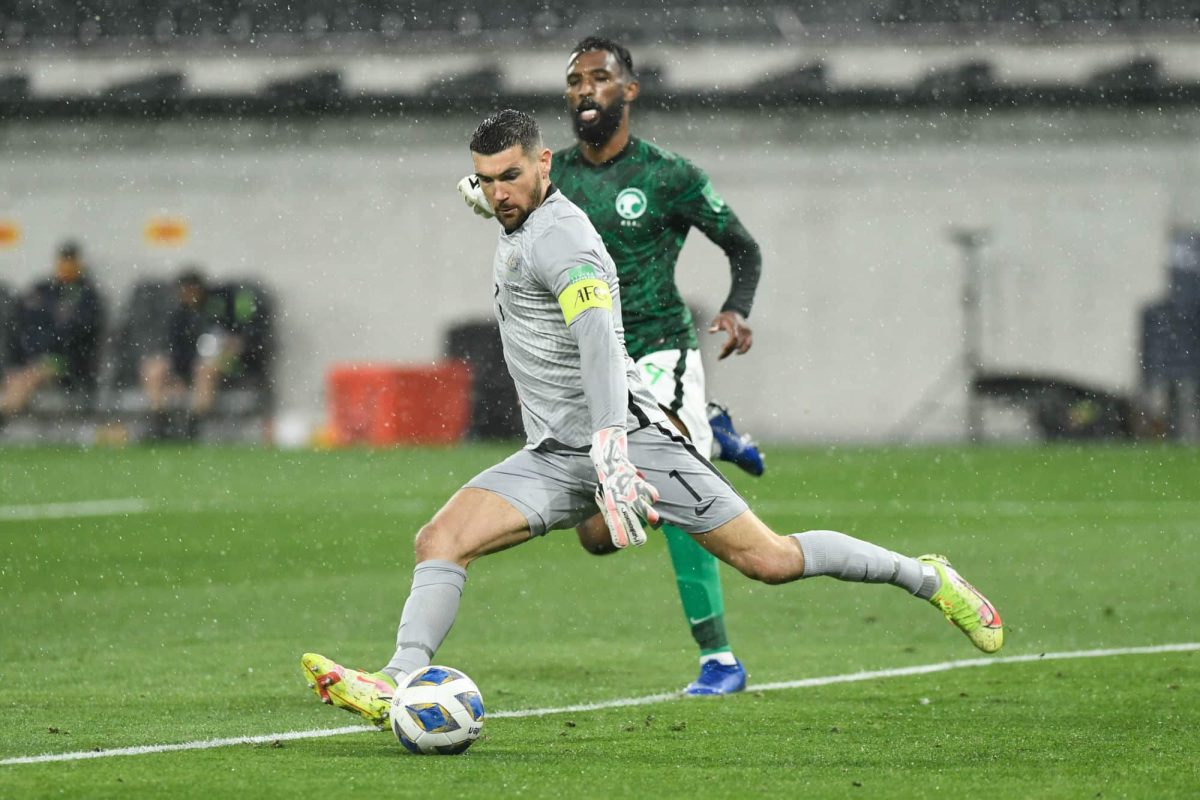 What are Australia’s World Cup fixtures?

How many times have Australia qualified for the World Cup?

How many players will be named in the Australia World Cup squad?

At the 2018 World Cup, each country was only allowed to name 18 players in their respective squads, but that number has been extended to 26 for the 2022 edition.

What are Australia’s chances of winning the 2022 World Cup?

Australia currently sit 38th in the FIFA men’s world rankings. Given their position, and indeed the fact they narrowly squeezed into the World Cup finals, it remains unlikely that the country will advance far in the competition.

Two of their competitors in Group D sit in the top 10 of the world rankings; France (4th) and Denmark (10th). Tunisia meanwhile are in 30th position. World ranking doesn’t mean everything, of course, but Australia’s injury woes and lack of confidence will be a worry heading into the competition.

There is, of course, the major threat of Kylian Mbappe in Group D. Also likely to be very dangerous are the likes of Antoine Griezmann and Christian Eriksen, two players with vast experience in major tournaments.

Australia manager Arnold will be cursing his luck going into the tournament, but there is quite simply no pressure on the nation to qualify from the group, a factor which might play in their favour. It's the country's