Paris Saint-Germain right-back Serge Aurier looks set to clinch a move to Manchester United with The Sun claiming the Ivorian has agreed a five-year deal with the Premier League side.

The 24-year-old has ongoing legal issues which could yet scupper the deal, but it is said that United will press ahead with the move pending a satisfactory resolution to the player's appeal, which will be heard in court on August 7.

Despite his off-field troubles, Aurier remains an outstanding full-back capable of becoming a real weapon for José Mourinho. With PSG having reportedly set his asking price at around £25million, although he comes with his share of risk, the former Toulouse man could be a real bargain.

Aurier's energy, power and attacking contribution would make him ideal to act as a wing-back in a back-three based system, offering width while also providing defensive cover. With his athleticism and fitness, he would have no trouble getting up and down the touchline for a full 90 minutes.

Furthermore, Aurier has featured at centre-back and left-back in the past.

Mourinho often fielded Matteo Darmian, a right-back by trade, on the left side of defence last season and, although the Italian performed well at times, he offered little beyond the halfway line. Aurier is admittedly similarly less effective on his weaker side but would offer much more than the former Torino man offensively. His ability to augment the backline centrally could also come in very handy for the United manager.

Another option that Aurier's potential arrival offers is to play him in his natural right-back berth and push Antonio Valencia further forward. Mourinho has made clear his desire to add a wide attacking player this summer but the Red Devils' move for Inter Milan's Ivan Perišić appears to have stalled.

Lacking a natural winger to provide genuine width, returning Valencia to his former station could give Mourinho a short-term fix to his problem.

Should he arrive at Old Trafford, Aurier would come in direct competition with Valencia for the starting right-back slot. The former Wigan Athletic man was one of United's outstanding performers last term and was even voted Players' Player of the Year at the club's end of season awards.

But Valencia turns 32 before the start of the 2017/18 season, so it stands to reason that the Old Trafford club are eying a longer-term solution for the right side of defence. 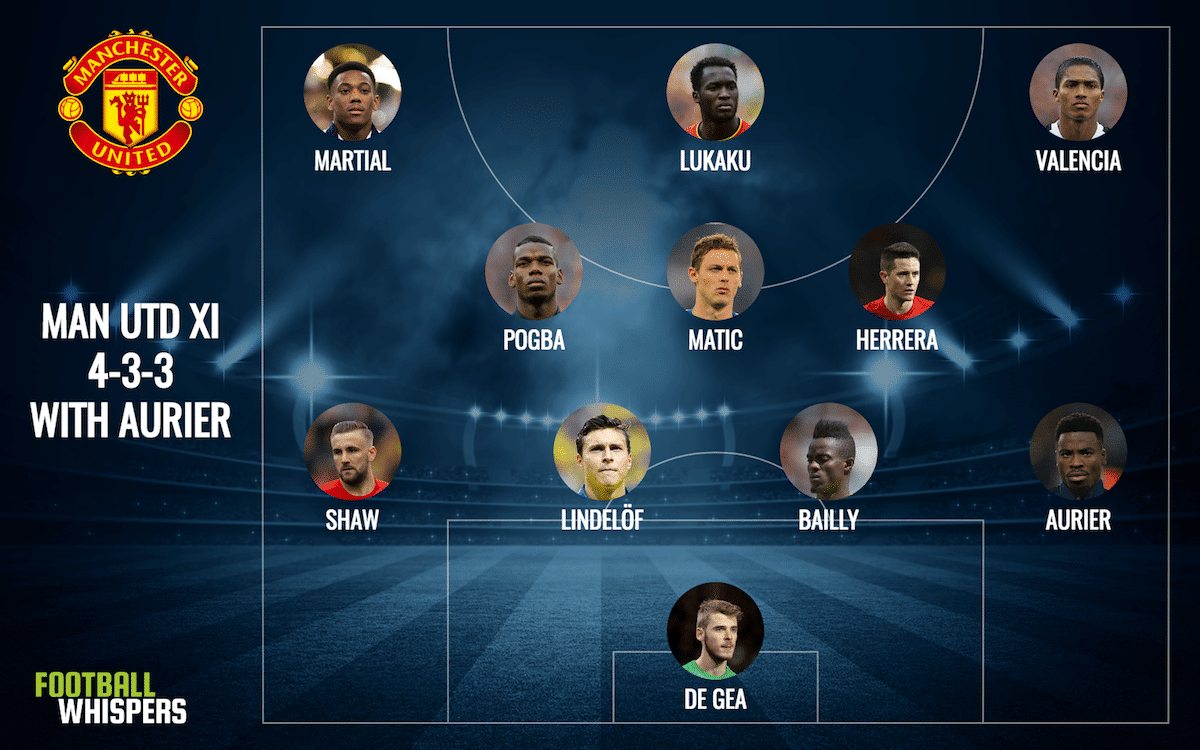 Aurier still appeared regularly for PSG last season but his off-field issues contributed to a slight dip in form, while the competition of summer arrival Thomas Meunier meant he wasn't guaranteed a starting place.

But 2015/16 saw him produce by far the best form of his career to date, before a fallout with then-manager Laurent Blanc saw him exiled from the team late in the season. If Mourinho could help return Aurier to that kind of fettle, United would have one of Europe's finest full-back on their hands.

Aurier directly contributed to five goals that season (two goals; two assists), equal to Valencia's return in 2016/17 (one goal; three assists), although the Ivorian managed his output in 21 Ligue 1 appearances to the United man's 28 in the Premier League.

Indeed, Aurier has been directly involved in 24 Ligue 1 goals over the last four seasons (nine goals; 15 assists), more than any other defender in the French top flight.

In terms of crossing, Valencia's 1.5 accurate centres per game last season is a higher average than anything Aurier has managed to date at PSG (his peak was one per game in 2014/15). But the younger man offers a greater variance of delivery.

Valencia's trademark move when attacking down the flank is to take on his opposing full-back with his customary stop-start manoeuvre, before lifting a floated ball towards the back post.

Aurier has a similar tool in his arsenal, but is also expert at whipping low balls across the six-yard box and swinging in aerial crosses from deep. 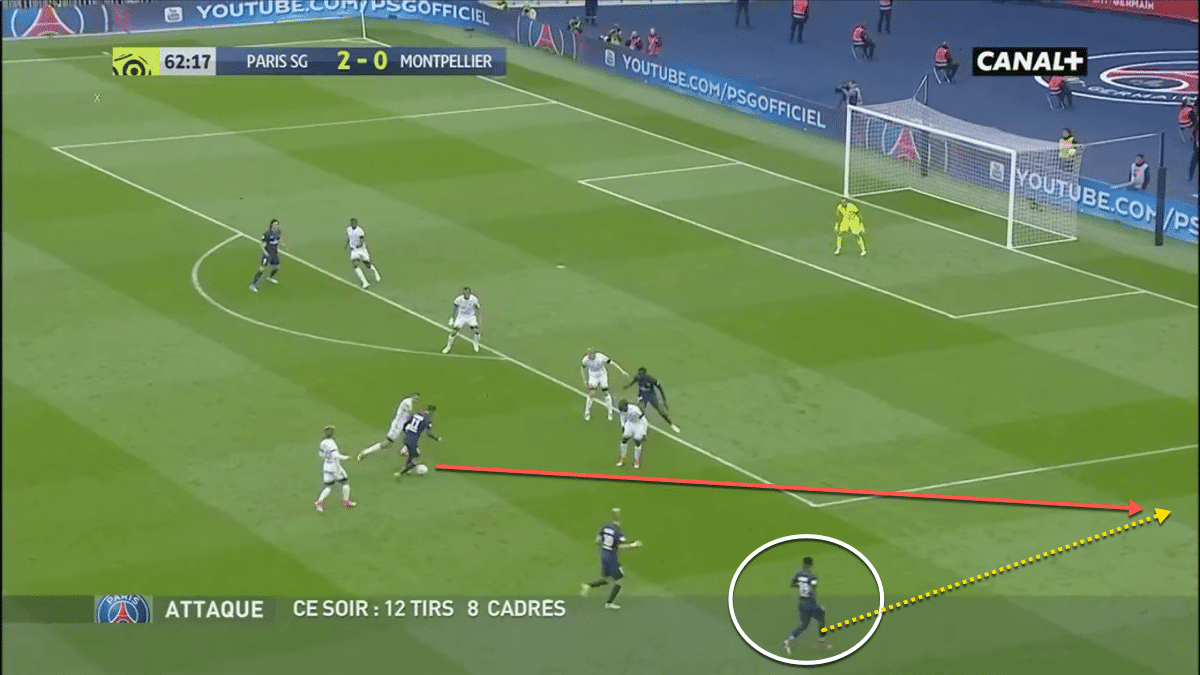 Above, we see Aurier break forward down the right to open up a passing opportunity for Ángel di María in possession. 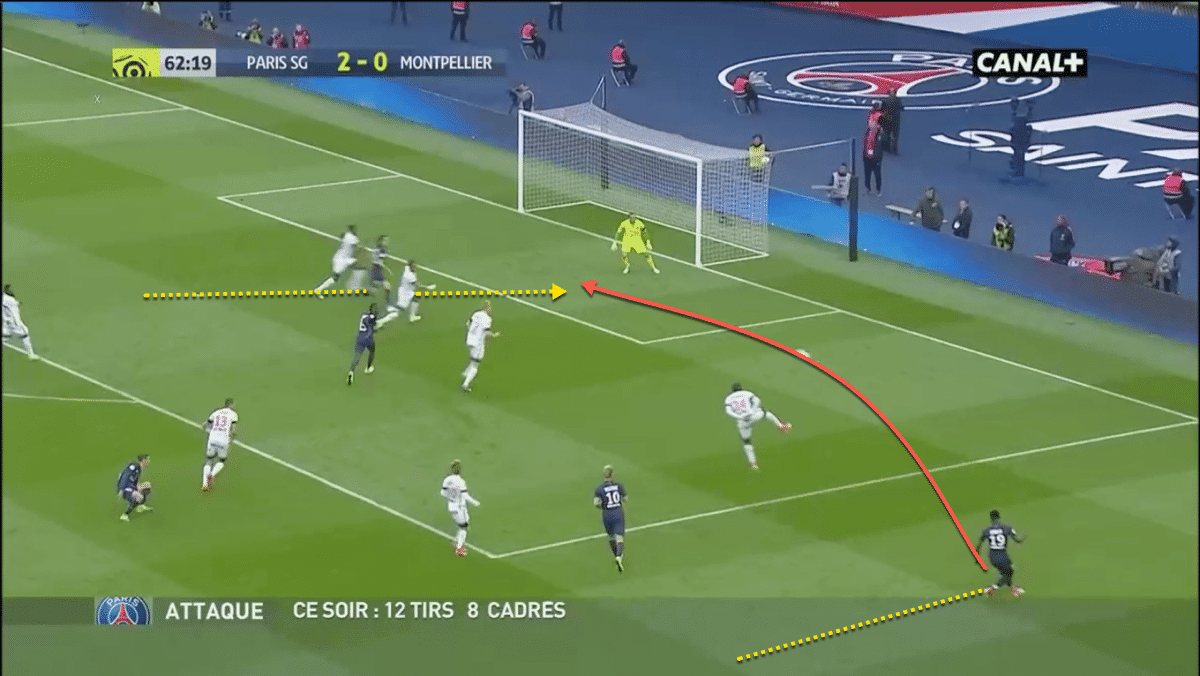 When the ball reaches him, Aurier fires a dangerous, low cross toward the near post to pick out the run of Edinson Cavani.

This is precisely the type of delivery that could see Aurier become the perfect foil for Romelu Lukaku, United's £75million summer signing from Everton. 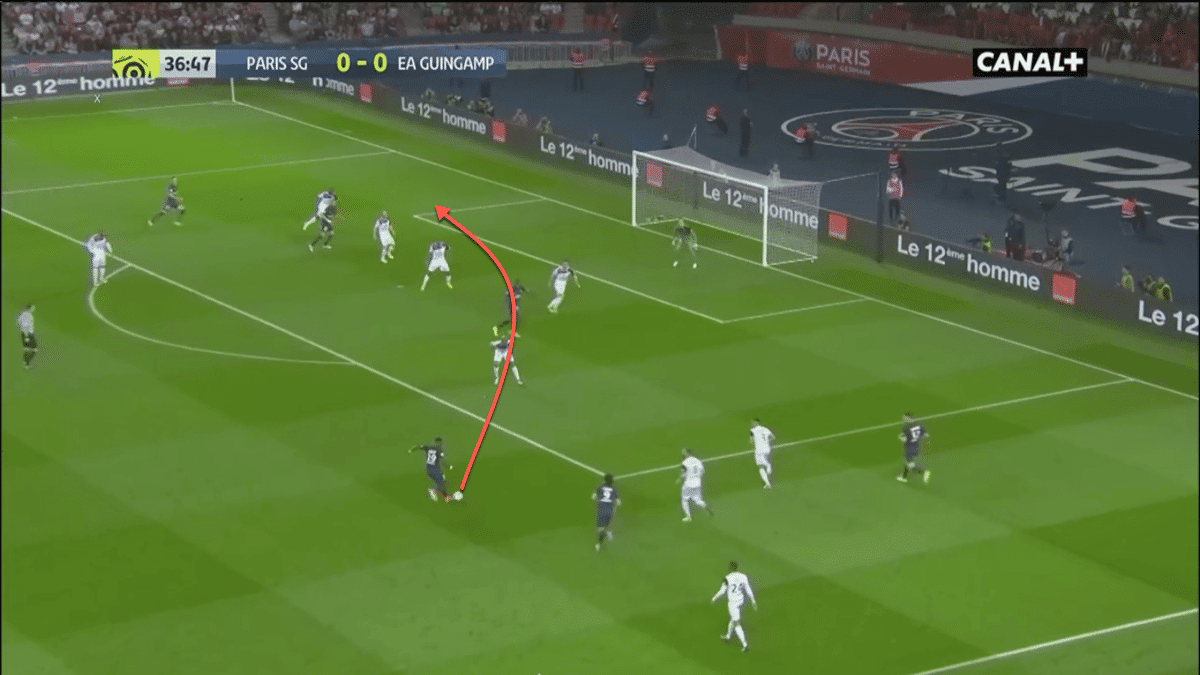 This time, from a deeper, more central position, Aurier lifts a high ball up towards the back post. The way he is able to cross effectively from multiple situations would be a huge asset for United, who too often struggled to break down inferior opposition last season.

Aurier was awarded and then denied a visa to play for PSG in the Champions League away to Arsenal last season, with the Home Office's decision to withdraw the player's right to work (play) in the UK having initially given him the go-ahead drawing the ire of both the French club and UEFA.

The reason for the refusal was that Aurier had been found guilty of assaulting a police officer outside a Paris nightclub in September last year and received a suspended two-month prison sentence – he was also fined €600 for damages.

This could well affect Aurier's hopes of receiving a work permit to join United. However, the player has consistently maintained his innocence and his appeal will be heard in a French court on August 7.

His potential transfer to Old Trafford could hinge entirely on the outcome of the hearing: if his conviction is overturned there is nothing stopping him moving to the UK; if not, a work permit is unlikely.

Regarded as somewhat of a loose cannon, Aurier has become a risk no longer worth taking for PSG, who have reportedly told the player he is free to negotiate a move away from the Parc des Princes.

He comes with plenty of baggage but, if Mourinho can reform or at least control him, Aurier would be a fantastic addition for United.