This Bundesliga opening round fixture pits together FC Augsburg and TSG 1899 Hoffenheim. Both sides are direct competitors for survival in the German top-flight football and finished in the bottom half of the points table last campaign.

Traditionally, FC Augsburg has been slow starters in the Bundesliga. However, they arrested that statistic last season with their best start to a new campaign. They will be looking to continue in the same vein this time around and have the form on their side after claiming four wins in their last seven competitive outings. Hoffenheim will not give them an easy pass but have found difficulty on the road and that problem persists as evidenced by their extra-time win over Viktoria Cologne.

The last six times Augsburg have faced off with Hoffenheim, at least three goals were seen and this match should not be an exception. The former showed their scoring prowess against Greifswalder, sending four past their DFB Pokal rivals. Frederik Winther opened the scoring late in the first half, while Florian Niederlechner. Fredrik Jensen and André Hahn finished the job after the break. Hoffenheim also found themselves in good form, sending three past Viktoria Cologne.

Still troubled by match fitness issues, both Augsburg and Hoffenheim conceded in their DFB Pokal outings. While scoring seven goals between them, they conceded an equal two goals by their lowly rivals. As they meet each other to kickstart their Bundesliga campaign, we expect them to keep this trend alive.

Augsburg vs Hoffenheim: Check out the best odds and the latest stats

Match Preview of Augsburg vs Hoffenheim

Both Augsburg and Hoffenheim had relegation scares last season and will be looking to avoid them this time around. Both sides finished the last campaign on a high and seem to be continuing that form. They have started the 2021/22 campaign brightly with high scoring wins in their DFB Pokal outings.

Out of the two, the Fuggerstadter impressed the most in their 2-4 win over Greifswalder. There seems to be more work for Sebastian Hoeness in the opposing dugout as Hoffenheim had to dig in deep to secure passage to the next round in extra time.

Questions About Augsburg vs Hoffenheim 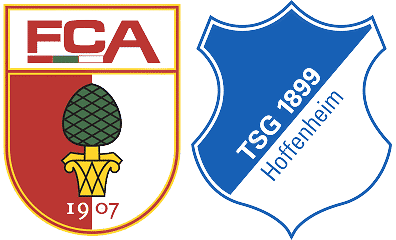 Where is the game being played? WWK Arena (Augsburg).

Which team is the favourite to win? Hoffenheim.