The final match of Bundesliga Round 8 brings together Augsburg and Arminia Bielefeld. Both sides are hovering around the relegation slots and are separated by a single point.

Here are our predictions for Augsburg vs Bielefeld.

Both Augsburg and Bielefeld have disappointed this season, relegated to the demotion slots of the table as a consequence. They need points and will be battling hard to secure the three on offer. We are backing the hosts to claim bragging rights and put further distance between them and the relegation slots. They have won five of the six engagements between them and also registered a win in this last home fixture.

The chief reason for Augsburg and Bielefeld's struggles this season stems from their goalscoring issues. They have only scored three goals apiece and putting confidence in their ability to take the score beyond the 2.5 goal mark looks unrealistic. Expect a low scoring affair in which the team that delivers the first blow claims the points.

The first two meetings between Augsburg and Bielefeld saw both teams represented on the scoreboard. The four meetings since then have not had the same fortune. Augsburg claimed bragging rights with goal scoring heroics in three meetings, while their most recent meeting in April this year was a goalless draw. Given their respective issues with scoring, we are not predicting both teams to score in this Sunday meeting.

Augsburg vs Bielefeld: Check out the best odds and the latest stats

Markus Weinzierl saw his side evade relegation troubles last season but it seems their shortcomings are catching up to them this season. The Fuggerstädters are outside the demotion zone but can easily slip into it with a less than desirable result against Bielefeld. With 13 goals conceded, the obvious area of contention is their defence. However, the blame needs to be shouldered by their creative department with just three goals conceded.

Frank Kramer is going through similar emotions at the helm of Arminia Bielefeld. His charges are a point behind their latest rivals and currently occupy the relegation playoff spot. They have scored the same number of goals but will find solace in the fact that their crumbling defence has done a better job than the Fuggerstädters. However, the odds of an upset are against them as they have never beaten Augsburg in history.

Questions About Augsburg vs Bielefeld 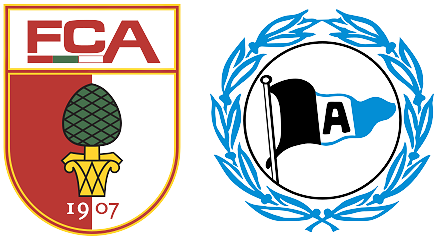 Where is the game being televised? BeIN Sport Connect, DAZN Deutsch, Match! Futbol and Viaplay.