Aubameyang has been prolific in other competitions, too, hitting the net nine times to help Arsenal to the final of the Europa League. Few strikers are as dependable, as single-minded in front of goal.

But this season, for Aubameyang, has not been without its struggles. At the beginning of the campaign, he found himself repeatedly used as a second-half substitute, and when he started it was often wide on the left.

It was not until the turn of the year that the Gunners’ top scorer was given a run in his favoured position, and that is when the goals truly started to flow. Still, though, there appeared to be a strange reluctance from Unai Emery to fully unleash Aubameyang. 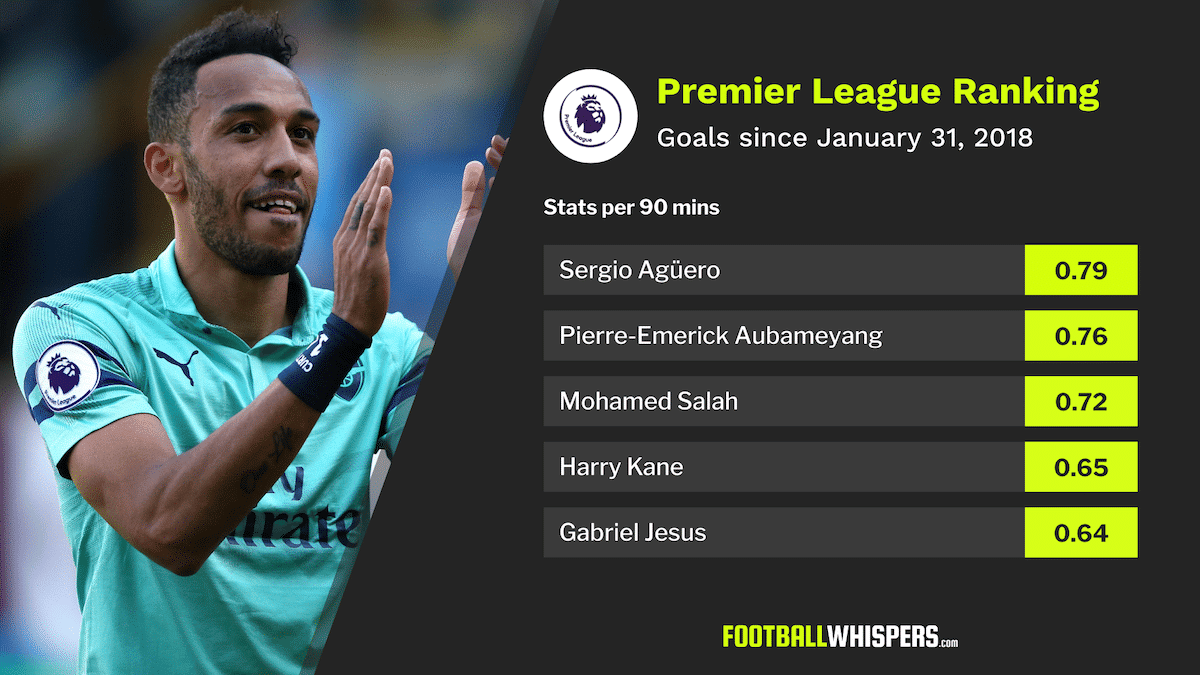 In that sense, it has been a frustrating year for the Gabonese striker, who would, understandably, have expected to lead the line for Arsenal throughout the season. He is doing so now – he has nine goals in his last eight appearances, including a clinical hat-trick against Valencia in the second leg of their Europa League semi-final – but it has not always been the case.

The form of Alexandre Lacazette has, at times, kept Aubameyang on the periphery. The two, when they have played together, have linked up well, as evidenced against Valencia. But Emery has generally preferred to play one or the other.

Given the circumstances, then, Aubameyang’s goal return is all the more impressive. He has played far fewer minutes in the Premier League – 2731 – than both Salah and Mané (3256 and 3085 respectively). And he has scored as many goals in a team that creates fewer big chances (1.89 per 90 compared to Liverpool’s 2.05).

Aubameyang is a natural goal scorer, more so, perhaps, than any other player in the division. His xG per 90 this season of 0.72 is second only to Sergio Agüero’s 0.81. And his desire to score in each and every game is clear to see. Against Burnley, in the final game of the Premier League season, Aubameyang was desperate to secure the golden boot.

“It means a lot. I am really happy and proud of it,” Aubameyang said. “I am sharing this trophy with Mane and Salah. I like these two guys. We are representing Africa so it is a good sign for the Continent. I am really proud and I have to thank my team-mates for helping me get it.

“This was a tough season. In truth, maybe not the best but I am happy with it. I gave everything to try to be in the top four with the team and to get a trophy.”

Arsenal will certainly be happy with Aubameyang’s return this season. But there remains a feeling that it could have been better. Had Aubameyang been a constant in the side throughout the campaign, the focal point of Arsenal’s attack, it is not inconceivable that he might have reached 30 league goals. 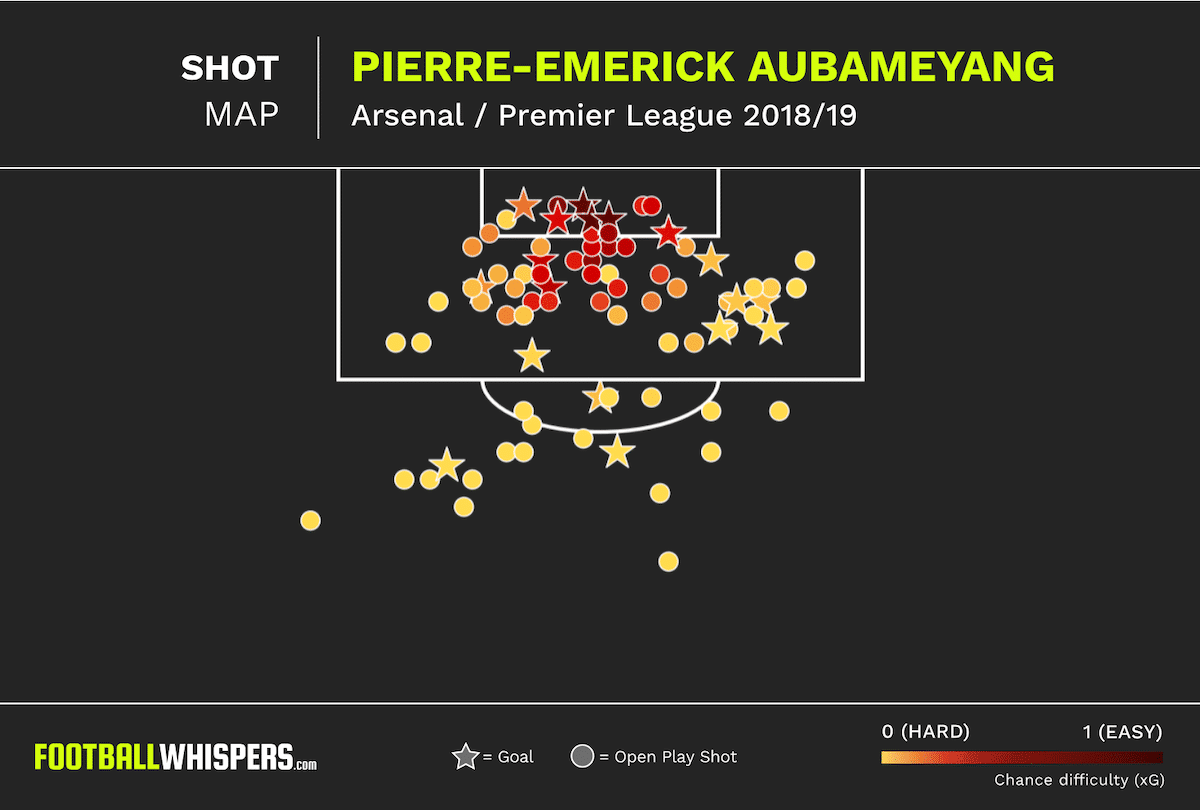 That might have been enough to propel Emery’s side into the top four. Instead, they must now beat Chelsea in Baku at the end of the month to secure Champions League football next season.

Fans will hope that lessons have been learnt. Arsenal, unless they are especially shrewd in the summer transfer market, are unlikely to be in a position to challenge for the Premier League title in next season.

Their unquestionable strength this season, though, has been in attack. They must build on that, ensure that Aubameyang’s enviable talents are not wasted, and progress will inevitably follow.

From a personal perspective, this has been an excellent season for Aubameyang. But there is even more to come from the former Borussia Dortmund forward. The aim, for next season, will be to make 22 goals seem like a modest total.