Linked with seemingly every major club in Europe over the last two years, Pierre-Emerick Aubameyang arrived at the Emirates in January with no shortage of hype.

The Gabonese striker became Arsenal's record signing when the Gunners forked out £60million to bring him over from Bundesliga giants Borussia Dortmund during the midseason transfer window, tasked with filling Alexis Sánchez‘s boots as Arsène Wenger's most deadly attacker following the Chilean's move to Manchester United.

And, while Arsenal are not completely over their habit of self-destructing from time to time, and the uncertainty surrounding Wenger's future hangs over the club like a dark cloud, Aubameyang is meeting all expectations. 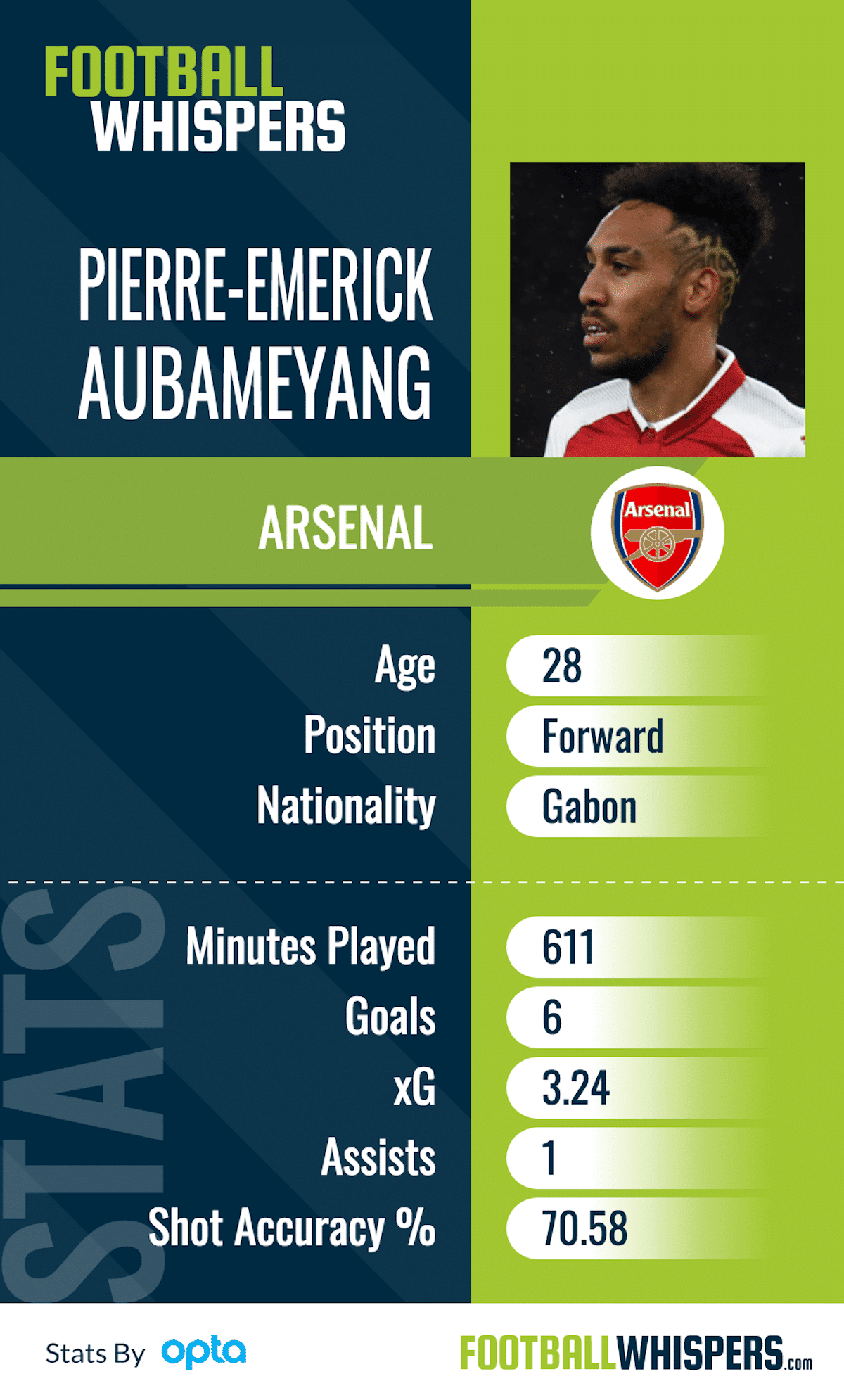 As the above graphic shows, the 28-year-old has hit six Premier League goals in just seven appearances to date, finding the net every 101.8 minutes on average.

What is perhaps most impressive is the way Aubameyang has been able to translate the lethal form in Germany to England's top flight, becoming an even more efficient finisher at Arsenal than he was with Dortmund.

With an expected goals (xG) total of just 3.24, the quality of chances he has received would have ordinarily yielded half of the goals he has returned for the Gunners, meaning his finishing has been especially precise.

What's more, in addition to his clinical touch in front of goal, the ex-Milan man possesses many attributes not seen at the Emirates since the days of Thierry Henry.

Make no mistake, Arsenal have had some outstanding strikers since the Frenchman left for Barcelona in the summer of 2007, with Robin van Persie, Emmanuel Adebayor and Olivier Giroud all enjoying success, but none boasted the directness, pace and threat in behind of Aubameyang.

Arsenal have plenty of issues left to resolve, but in Aubameyang they once again have a striker capable of firing them back into the upper echelons of the Premier League, where they believe they belong.