It was always Christian Atsu's dream to play in the Premier League –  all the way back to when he was a youngster learning his trade on dusty pitches in Ghana.

Next season, after a couple of false starts with Bournemouth and Everton, he will have the opportunity to fulfil that ambition once and for all.

Atsu completed a £6.5million move to the Magpies this week, leaving Chelsea after four years. He never played a single minute of first-team football for the Blues but was a fully fledged member of the club's loan army.

He featured for five different clubs during his stint with the Premier League champions, playing in Holland, England and in Spain. But it was his last temporary switch which has proven to be his most important.

Last summer he joined Newcastle on a season-long loan deal. Thirty-five appearances, five goals and three assists later, he decided to make his short-term stay a permanent one.

“Christian has been a key part of our promotion campaign and he wants to help us to build something for the future,” Newcastle boss Rafa Benitez said after the deal was completed on Wednesday.

“We are happy to sign a good player. He's shown us that he's a good professional and someone who is very keen to learn and improve.”

It's that last point made by Benitez which shouldn't be taken lightly. In an era in which many a young footballer fails to fulfil their potential, Atsu's work ethic is something that stands out.

He may not have played a single Premier League game for Bournemouth and only managed one start for Everton, but Eddie Howe and the then-Toffees boss Roberto Martinez were effusive in their praise of the winger's attitude.

“The attitude and the focus of Christian are of the highest standard,” Martinez said in May 2015 while Howe added six months later: “Christian is very upbeat, he is a lovely character.”

He's not a bad player, either. In the Championship Atsu impressed sufficiently on route to helping Newcastle make an immediate return to the Premier League.

It took him a little while to settle on Tyneside, and he wasn't always consistent, but by the end of the campaign he looked a player once again full of confidence, as his impudent free-kick against Cardiff City displayed.

It's telling that Benitez, a manager usually known for being cautious, sanctioned Newcastle's move for Atsu so early into the summer transfer window. He didn't wait around to see if something better would come along, he wanted the deal done early.

That should give Atsu, who underwent minor knee surgery this week but is expected to return for pre-season training, confidence that he will get his chance to shine next term.

“I know I'm very small, but I also have a very big heart,” he said in an interview with the Daily Mail. “It does not matter how small you are, I go to win – in football and in life.

“It just didn't work for me at Everton or Bournemouth. I am more focused in my life now. I have forgotten what happened in the past. You need to be in the moment.

“It is my dream to play in the Premier League, that is why I signed for Chelsea. Everyone in Ghana watches our football. Now I have that chance. Rafa Benitez has helped me so much this year, he is not only a great coach, but a great man.” 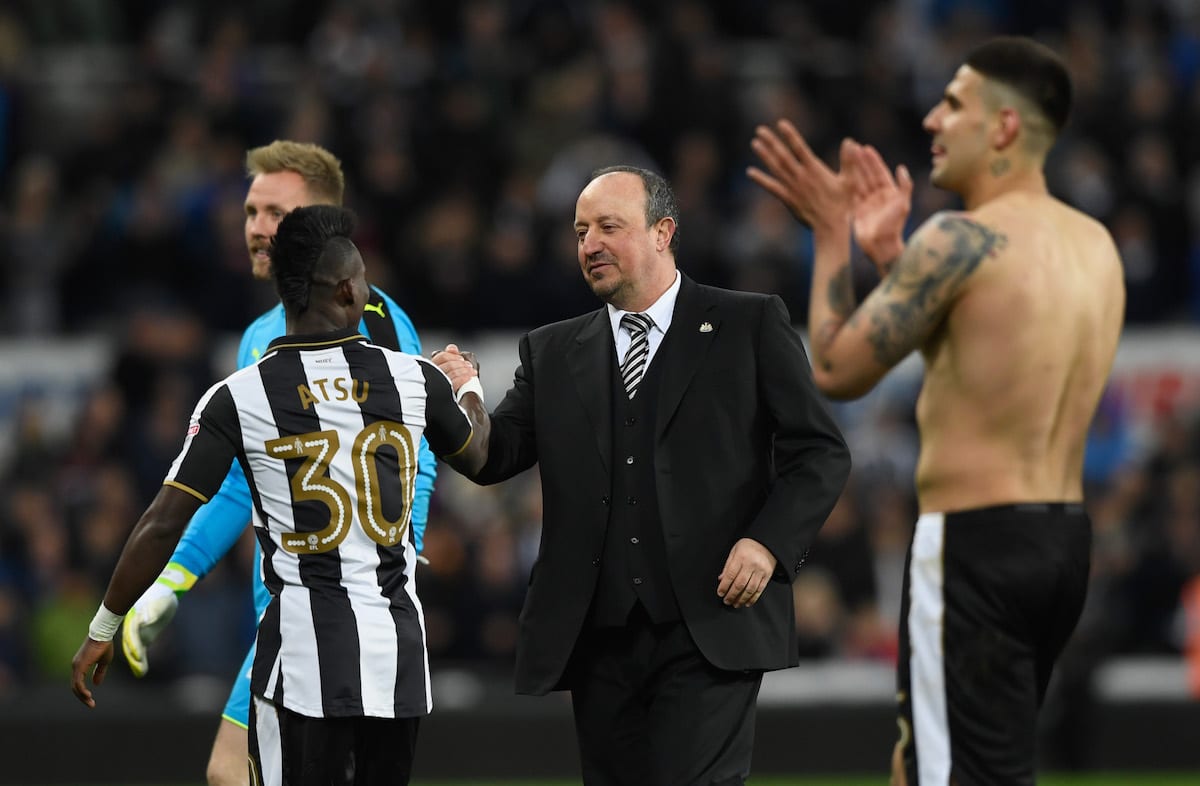 READ MORE: Six Newcastle stars who'll have a point to prove next season

The challenge for the Ghanian is to now make the step up and prove himself worthy of playing in the top flight.

During his five Premier League appearances for Everton, which admittedly only amounted to 110 minutes of football, Atsu struggled to impose himself. The same could be said while out on loan at Malaga during the second half of 2015/16 campaign.

Of course, on those occasions he wasn't settled. He had come into both clubs knowing that he wouldn't be staying on. It was very different at Newcastle with the support he had from Benitez.

This season Atsu managed 0.9 key passes per game and, perhaps surprisingly for a player blessed with his pace and trickery, only 0.8 dribbles per 90 minutes.

They are respectable figures but a return of only five goals and three assists demonstrate there is plenty of room to improve.

The talent is undoubtedly there and Newcastle fans have seen it in flashes. The biggest test for Atsu is to become more consistent.

Do that and then there is nothing stopping him from becoming an established Premier League player for years to come.