After a draw in the first let, it's clear that we can expect an exciting rematch between Boca Juniors and Atletico Mineiro in the Top 16 phase of Copa Libertadores. With that in mind, we have prepared a preview of the game for you, along with some betting tips.

If you are unsure what is the right bet for Boca Juniors vs Atletico Mineiro, check some of our favourite tips and predictions for this game:

While it's hard to bet against the giants of South American football such as Boca Juniors, we simply find Atletico Mineiro closer to the quarter-finals of Copa Libertadores at the moment. The Brazilian team is in great form, they are second in the league at the moment, and they are playing at home after getting a draw in the first leg. So, our prediction is for Atletico Mineiro to win this game.

As we mentioned in our preview of the first match between these two teams, Boca Juniors plays cautious, defensive football. After all, they've only averaged 1.33 goals per game in group stages and all seven of their matches so far in Copa Libertadores have gone under 2.5 total goals. With that in mind, our prediction is for the rematch to go under 2.5 total goals as well.

Atletico Mineiro and Boca Juniors to Draw at Half Time

Since we expect to see at most two goals in this game, we expect to see a tight and defensive-minded first half from both teams. One goal could decide the winner in this duel, so both teams will certainly focus on defense and to avoid conceding. So, a draw at half time in the second leg match between Atletico Mineiro and Boca Juniors is not unrealistic at all.

If you are trying to find the best odds for Atletico Mineiro vs Boca Juniors, just check our list of odds from various UK bookmakers:

Despite the fact that they had the second-leg against Boca Juniors scheduled for this Tuesday, Atletico Mineiro still managed to get a big win in the Brazilian Serie A against Corinthians, away from home. This was the fifth straight win in the league for Atletico Mineiro, which pushed them up to the second place in the standings. In any case, Atletico is having a great season so far and they've been pretty consistent as well.

After the break in competitive football that lasted for more than a month, Boca Juniors returned to action with a couple of draws. First, the scoreless draw with Atletico Mineiro in the first leg of the Top 16 phase of Copa Libertadores, and then a draw against Union de Santa Fe in the first round of the new season of the Argentinian Primera Division. So, the team is slowly getting into competitive form and it remains to be seen whether they can pull off a surprising win in Belo Horizonte to progress to the Copa Libertadores quarter-finals. 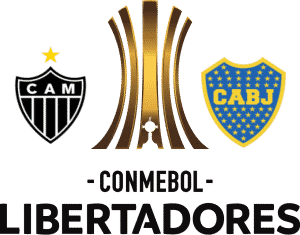