When you take a glance at the La Liga table you could be fooled into thinking it's business as usual, seeing as Real Madrid and Barcelona are leading the way. However, in recent years it’s become less of a two horse race but a three horse one, so where are Atletico Madrid? The answer is way off the pace after defeats on their travels to Sevilla, Real Sociedad, Villarreal and a humbling 3-0 loss at home to city rivals Real Madrid.

So where is it all going wrong for Diego Simeone’s men this term?

There are a few factors and the manger himself has to accept part of the blame. The second Champions League final loss to Real Madrid appeared to hit him hard last season, and in his post match press conference he refused to be drawn on his future stating he needed time to think. “To lose two finals is a failure and it’s a moment to think, but for now I’m here,” he said. 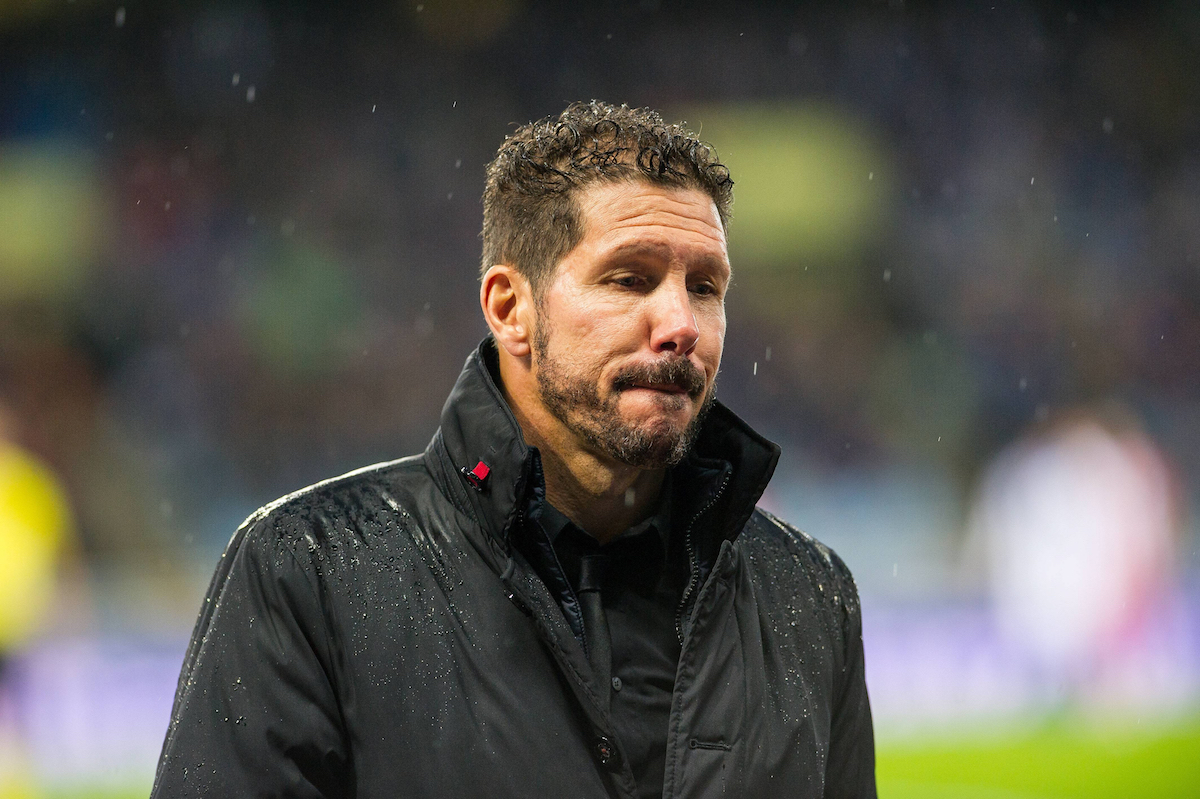 A trip home to Argentina left everything up in the air: his own players not knowing what the future held, whether he’d stay or go. We’ve seen Atletico Madrid lose battles, but this felt like they’d lost the war. Speculation continued to link him with a move to Paris Saint Germain but he later assured everyone he was fully committed to Atletico. Then he reduced his contract by two years which, innocent or not, further destabilised the club.

It’s obvious Simeone was, and is, frustrated at not being able to win the Champions League. While league form is important, as is the Copa del Rey, it’s no secret that for Atletico the real objective is conquering Europe.

In the league we’ve seen a change in tactics from the likeable Argentinian. The batten down the hatches, dig deep and frustrate approach has been cast aside for a new aggressive, attacking style. The use of four central midfielders, packing the midfield and looking to use the energy of Antoine Griezmann on the counter was transformed into squeezing as many attack-first players as possible into the starting eleven.

Yannick Carrasco, Nicolas Gaitan and Angel Correa were used alongside the attacking duo of Kevin Gameiro and Griezmann as opposed to replacing them. Only two central midfielders were needed to help out the rock solid defence and Simeone had decided it was time he removed the shackles and adopted a more positive style of football. 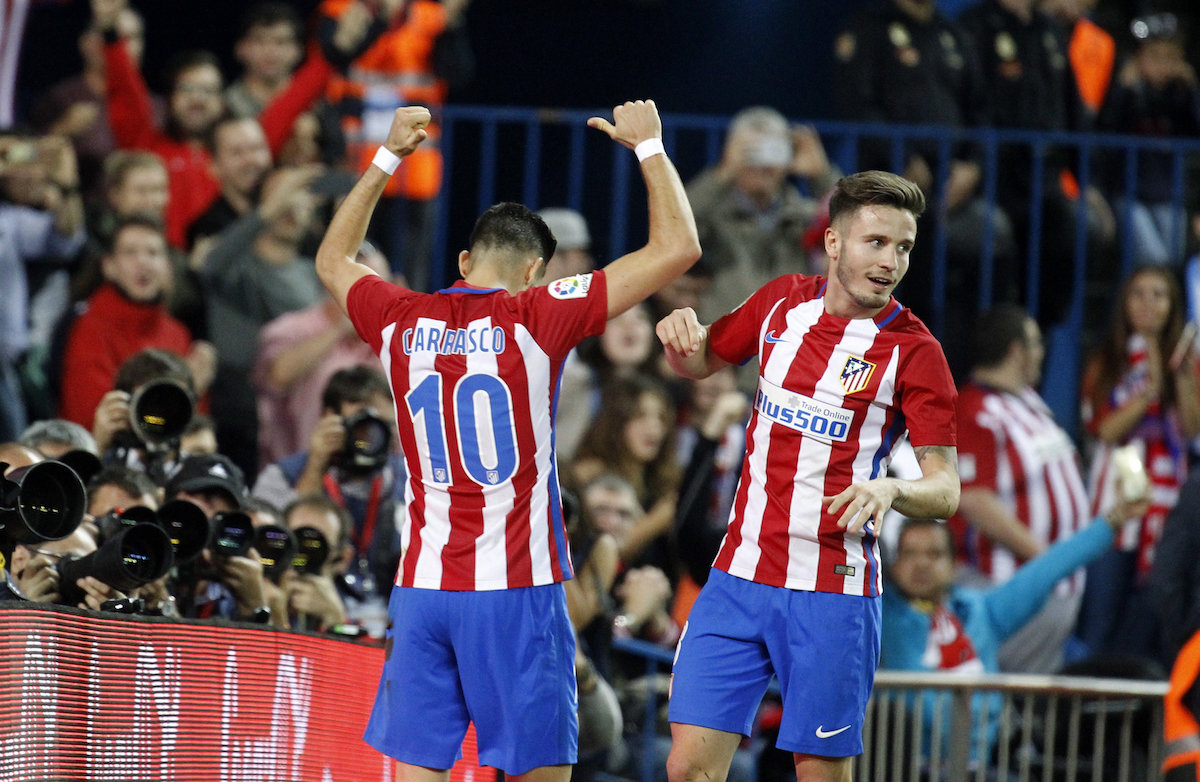 It has, however, come at a cost. We’re not quite at the halfway stage of the season yet but Atletico have conceded 14 goals, just four short of the total they let in throughout the entirety of last season. Is that offset by a greater amount of goals scored? Well, not really. They finished last season with 63 goals to their name and to date have 31, which means they’re essentially on course to score the same this time around but concede a fair few more.

So was it a failed experiment?

Yes and no. It’s important that Simeone loosens his approach to the easier games and allows the attacking talent at his disposal to cause as much damage as possible. Having a front four littered with goals helps ease the burden placed upon Griezmann and reduces the possibilities of a sting in the tail should they enter the final minutes with just a single goal lead.

Yet it’s telling how Simeone’s lines up in Europe as opposed to domestically. Maybe, once again going back to the priorities of the club this season, it shows that Atletico have a formula which works in that competition.

Gaitan's injury has forced his hand somewhat but, in the Champions League, Simeone has opted to play with three natural central midfielders and one winger behind Griezmann and Gameiro. In doing so, they’ve kept four clean sheets out of their six matches, losing just once away to Bayern Munich. 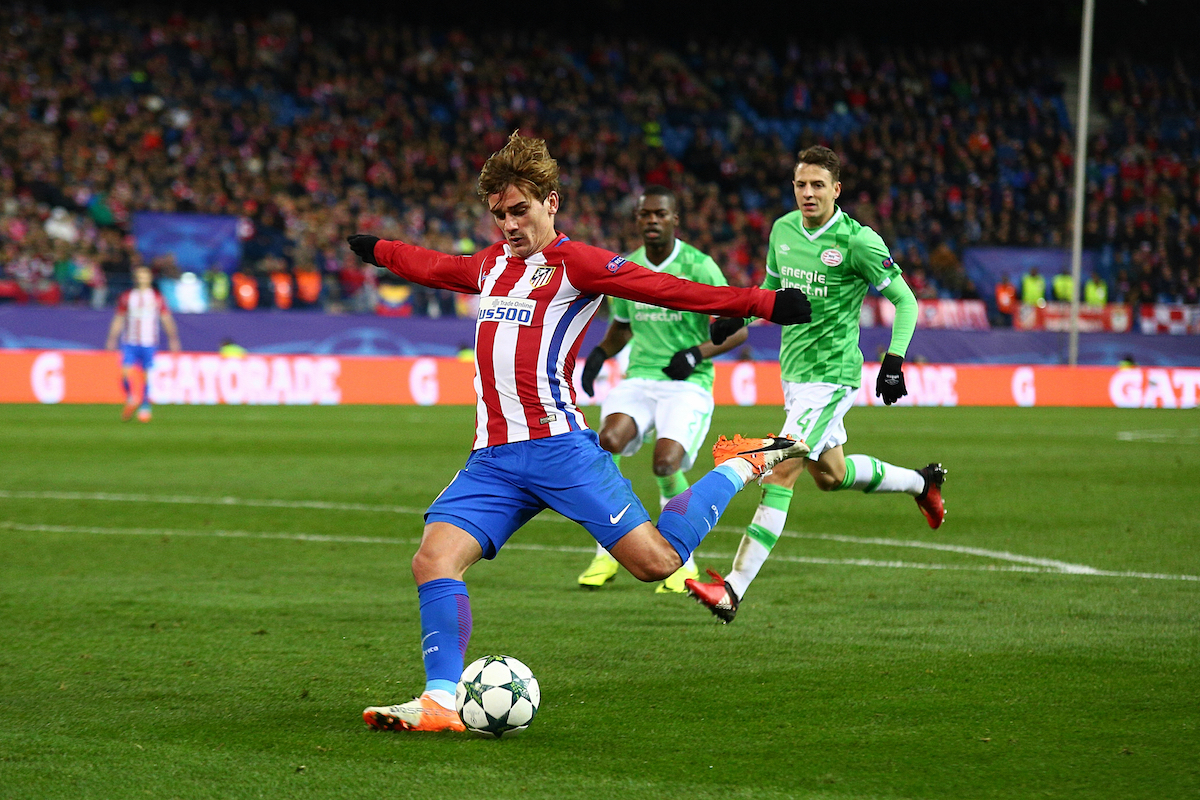 You almost feel like La Liga is the training ground for future European success. The losses away to Sevilla and Real Sociedad this season aren’t as damning due to the improvement in both those sides compared to previous campaigns. They lost away to Villarreal and only managed a point against Real Madrid at the Calderon last season, so maybe there isn’t a great change in fortunes for Atletico after all. They also came away with a point from the Camp Nou against Barcelona, a side that did the double over them last time out.

Will Simeone revert to type?

If the contest against Eibar was anything to go by, the answer is an overwhelming “yes”. Simeone had already experimented with using Juanfran on the right wing ahead of Sime Vrsaljko in the Copa del Rey, but, with Carrasco out, he moved Jose Maria Gimenez into midfield and played Griezmann off the main striker, a position he prefers a lot more than being the focal point of the attack.

They were under the cosh for large periods of the game but showed that resiliency, that toughness and defensive steel all of their recent success has been built on. Eibar simply couldn’t find a way to break down the wall of defence in front of them and, as has been the case with Atletico in the past, it was their clinical nature on the counter which won the game for them. 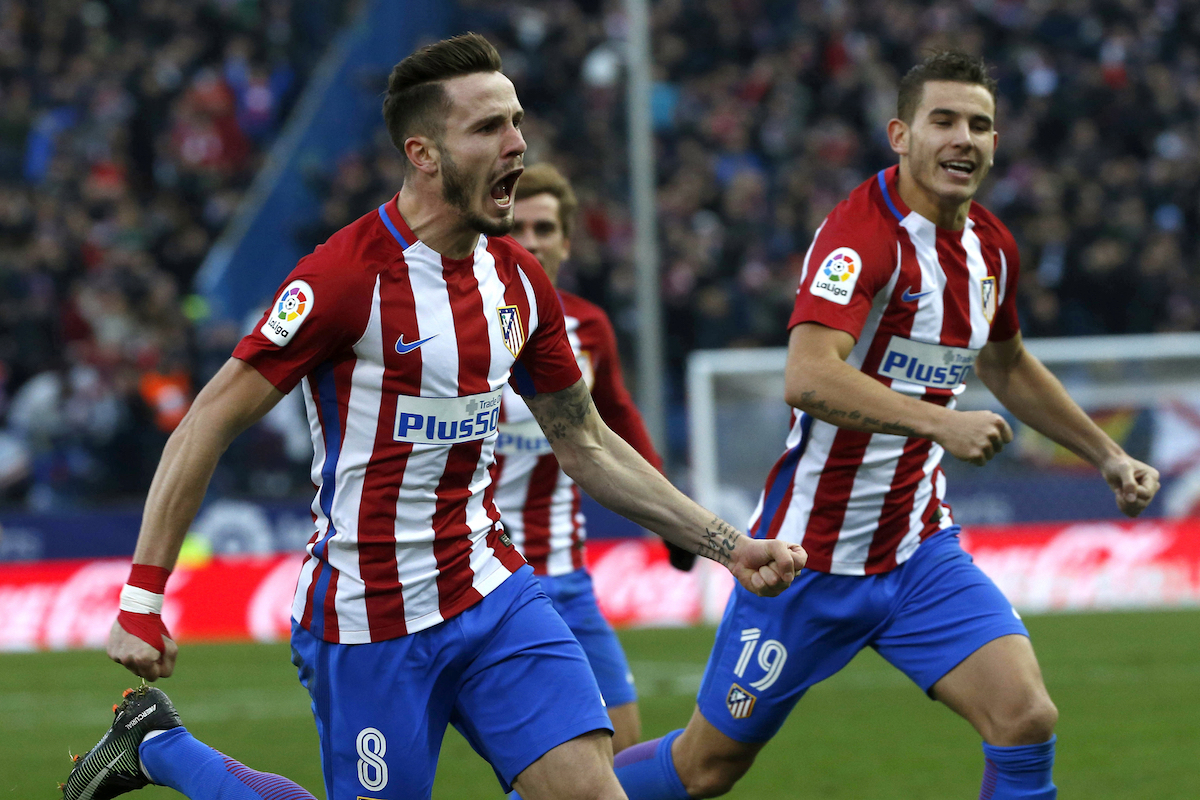 A potential system which includes six defenders in the starting line-up is about Atletico as it gets. It’s important that Gameiro isn’t wasteful as very few chances are created and they must be taken. His introduction off the bench gave the attack an extra edge and he selflessly squared for Griezmann to score his first goal in the league since 2 October.

It’ll be interesting to see how Simeone lines up with an, on paper, easy run of fixtures coming up. He can probably afford to play a more offensive line up but with the eyes on the prize of Europe, it’d be a good time to give Gimenez more minutes in a defensive midfield role and perhaps try out Juanfran further forward.

For Atletico, the league probably wasn't ever the priority this season, so there may well be a few more bumps in the road along the way. However, expect them to maintain their previous system in Europe as the club looks to finally exorcise the demons of Champions League finals past.