One of the most anticipated games to be played on Tuesday in Champions League is the Atletico Madrid vs Liverpool due, so check our preview of the game if you want to know more about it.

Our top betting picks and tips for Atletico Madrid vs Liverpool

If you are struggling to decide on the best bet for Atletico Madrid vs Liverpool, check our favourite betting predictions for this match:

Atletico Madrid and Liverpool to Draw

The current Spanish champions had their game for the weekend postponed, so their players had a few extra days of rest ahead of this duel. On the other hand, Liverpool demolished Watford to keep their great run going. These two teams were similar in quality and they are both in form, so this should be a very exciting game. Two of the previous three meetings between them ended in draws in regular time, so we expect another draw in their upcoming duel.

Atletico Madrid and Liverpool to Draw at Half Time

Since we expect this game to end in a draw, we also expect the teams to be even at half time. After all, that's how most of the games that end in draws go. Other than that, we don't really have any stats to support our prediction here – it is mostly based on pure logic and our gut feeling for this match.

The best odds and useful stats for Atletico Madrid vs Liverpool

You can easily check the latest Champions League odds right here on our website, including the odds for Atletico Madrid vs Liverpool:

The new season for the defending champions of Spain started pretty well, especially in their domestic championship. Atletico Madrid is currently fourth in La Liga, but they are three points and one game away from Real Sociedad who is sitting in first place. The team is also second in their Champions League group, with a win and a draw in the first two rounds. Also, Atletico has no injured players at the moment, but Stefan Savic will miss the game due to a suspension.

After a disappointing last season, Liverpool has been firing from all cylinders in the new season. The team is currently one point away from the first place in the Premier League and they've won both of their matches in Champions League, despite the fact that they trailed in both of them. In any case, Liverpool is in great form at the moment. Alcantara, Elliott, and Jones are on the team's injury list right now.

The most common questions for Atletico Madrid vs Liverpool 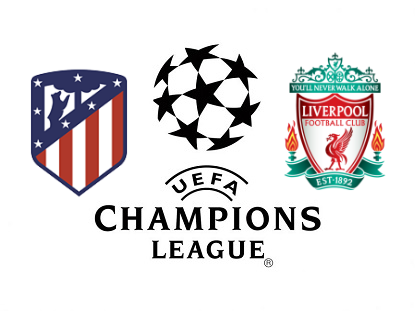