The last match to be played on Saturday in La Liga is also the derby of the round, the Atletico Madrid vs Barcelona duel. With that in mind, we have prepared a detailed preview of the game for you, along with some free betting tips.

Our top betting predictions for Atletico Madrid vs Barcelona

If you are struggling to decide on the right bet for Atletico Madrid vs Barcelona, check our favourite betting tips for this match:

While Atletico Madrid suffered a shocking loss to Alaves in the last round of La Liga, their season is going much better than Barcelona's at the moment, especially after Blaugrana recorded their second consecutive loss in the Champions League. With that in mind, and the fact that Atletico Madrid is playing at home, our prediction is for Atletico to win this game.

Atletico Madrid and Barcelona to Draw at Half Time

While we think that Atletico Madrid will come on top in this game, we don't expect them to have an easy job. In fact, we expect the game to be decided in the second half, hence our prediction of a draw at half time. After all, four of the previous five meetings between Atletico and Barcelona have been draws at half time, while the fifth match wasn't due to a goal in the stoppage time of the first half.

Three of the previous five matches between Atletico Madrid and Barcelona have gone under 2.5 total goals. In fact, all three of them have also ended with just one goal or fewer. So, we expect to see another close duel in which the team will focus on defence, especially since Barca's offense has been struggling without Messi this season.

The best odds and latest stats for Atletico Madrid vs Barcelona

If you are looking for the best La Liga odds, we've got you covered. So, here are the top odds and stats for Atletico Madrid vs Barcelona:

Atletico Madrid vs Barcelona preview: The derby of the round

After a great start of the new season, the reigning champions have hit a bit of a snag in their last few matches. Especially worrying was the loss to Alaves in the previous La Liga round, a team that lost all of their matches before they beat the champions. The team did recover with a Champions League win over AC Milan, but they struggled in that game as well since they only turned the match around after Milan got a red card and thanks to a penalty in the stoppage time. Kunha and Trippier are the only two players on the team's injury list and they might miss the upcoming duel.

Judging by the start of the season, this will be a very tough year for Barcelona. After the team lost Leo Messi before the season started, it was clear that Blaugrana will have a tough task ahead of them. But the team started the new season in Champions League with a couple of 3-0 losses to Bayern and Benfica. Meanwhile, things in La Liga are a bit better since Barcelona has three wins and three draws at the moment, enough to keep them close to the top. The biggest problem for Barcelona at this time are injuries since they have six players on their injury list, including two strikers Aguero and Braithwaite. 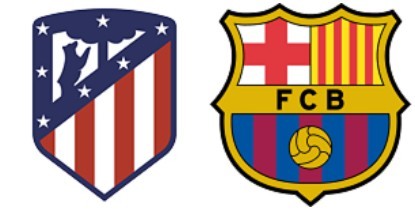