To the uninitiated, Athletic Club presents itself as a fairly ordinary football team. Rarely challenging the domestic hegemony in Spain of Barcelona and Real Madrid, Athletic commonly finish in-or-around mid-table. And, despite a grand history, it would be fair to pronounce that their best days are behind them, with their last La Liga title coming in the 1980s.

Despite this unprepossessing appearance at first glance, Athletic could not be further from ordinary. The club transcends its rich past – what it stands for now it has always stood for – and means many different things to many different people as a result.

Athletic is a modern rarity in that it is possible to guess where the club is based not by the name, or by finding out the location of the stadium or the training facilities, but with a brief look at their squad, which is made up entirely of players from the Basque Country. This is not a coincidence, but the consequence of a very deliberate recruitment policy.

Based in Bilbao in the Biscay province of the Basque Country, there is debate over exactly when Athletic Club was officially founded (some say 1898, others 1901) though regardless it is undoubted that they were one of the first football clubs to be formed in Spain. And, in spite of their decision to field only Basque players, they have since had tremendous success.

Athletic won the first two Copa del Rey titles in 1903 and ’04 and also won four of the first eight Spanish championships between 1929 and 1936, before the league was cancelled due to the Civil War. All in all they have won eight league titles, a total only bettered by Real Madrid, Barcelona and Atletico Madrid, as well as a remarkable 23 domestic cups, which only Barcelona can top. 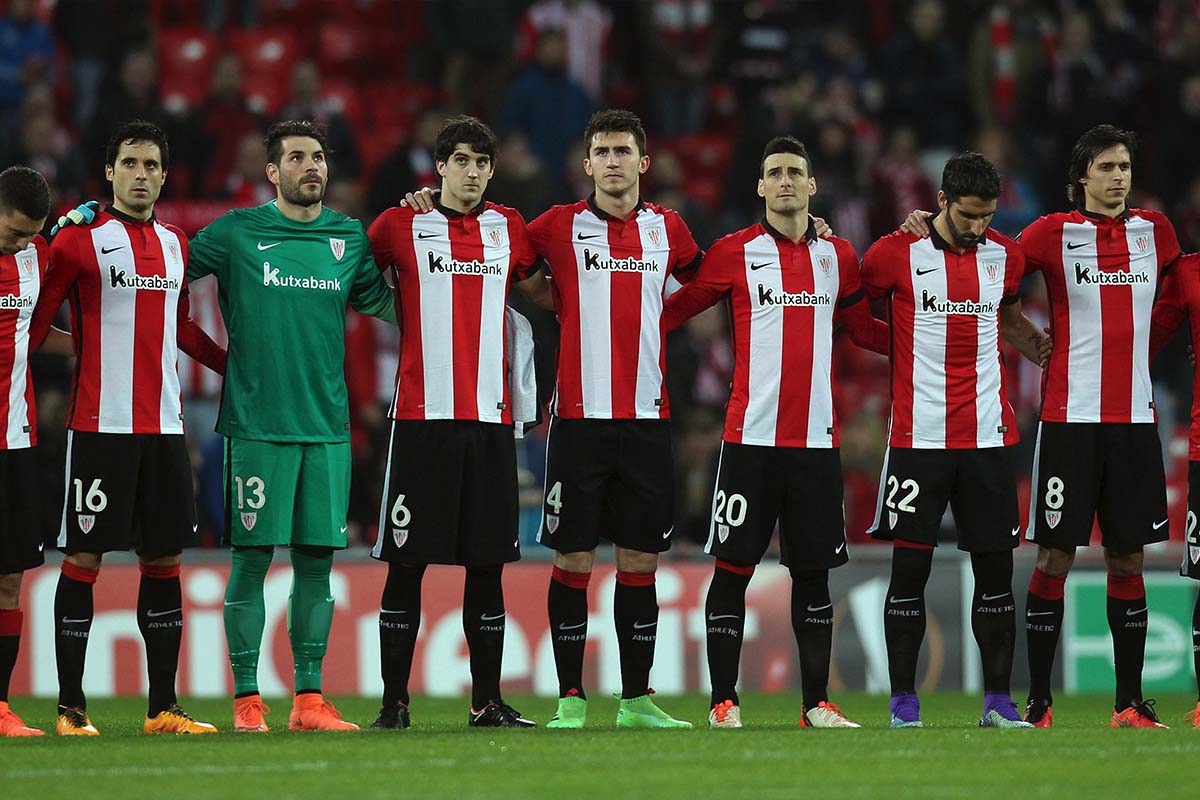 Perhaps the most astonishing feat is that the club has not once been outside Spanish football’s top division. And, while traditionally unable to compete quite so well on the continent, Athletic have always been, and remain, a potent force domestically. Few have ever enjoyed the prospect of playing them, particularly in their San Mames home ground – also known as ‘La Catedral’ – which is an epicentre of noise, passion and colour.

With their renouncement of non-Basque players, Athletic have become a cultural symbol of regional pride within the autonomous community. This self-imposed restriction of the player pool has lessened the influence of the transfer market, simply because there aren’t many established players with other teams that are both eligible for their unique policy and capable of improving the first team.

Instead, Athletic divert much of the money they gain from player sales, league positions, television revenue and the occasional European foray into their own resources, with the aim being to enhance their capacity for finding, nurturing and retaining talent. In this sense, the ‘cantera’ (quarry) has been, and continues to be, vital to the club’s ability to compete.

The club’s training complex, located in Lezama a few miles east of Bilbao, houses not only the first team but nine different youth teams representing different age groups, as well as Bilbao Athletic, the ‘B’ team, who currently compete in the Spanish second division. It is thanks to this facility that Athletic have been able to maintain a steadfast commitment to local players comfortably without the concerted threat of falling down the Spanish football structure.

However, even if the convenience of this policy were to be threatened by the possibility of relegation, the club would proceed with it. Those deeply involved with the club, including fans and officials, cite an unnaturally deep emotional resonance with Athletic as the reason behind this. As Jose Maria Arrate, club president between 1994 and 2001, wrote, “Athletic Bilbao is more than a football club, it is a feeling – and as such its ways of operating often escape rational analysis. We do not say that we are either better or worse than others, merely different.”

Locally, different groups of people attach vastly different meanings to Athletic’s policy. It has often been used as a sporting vehicle for Basque nationalism, though the club’s self-stated desire to foster local players is contentious in the eyes of some. There are other Basque clubs, most notably Real Sociedad, who have not always seen eye to eye with their regional rivals. 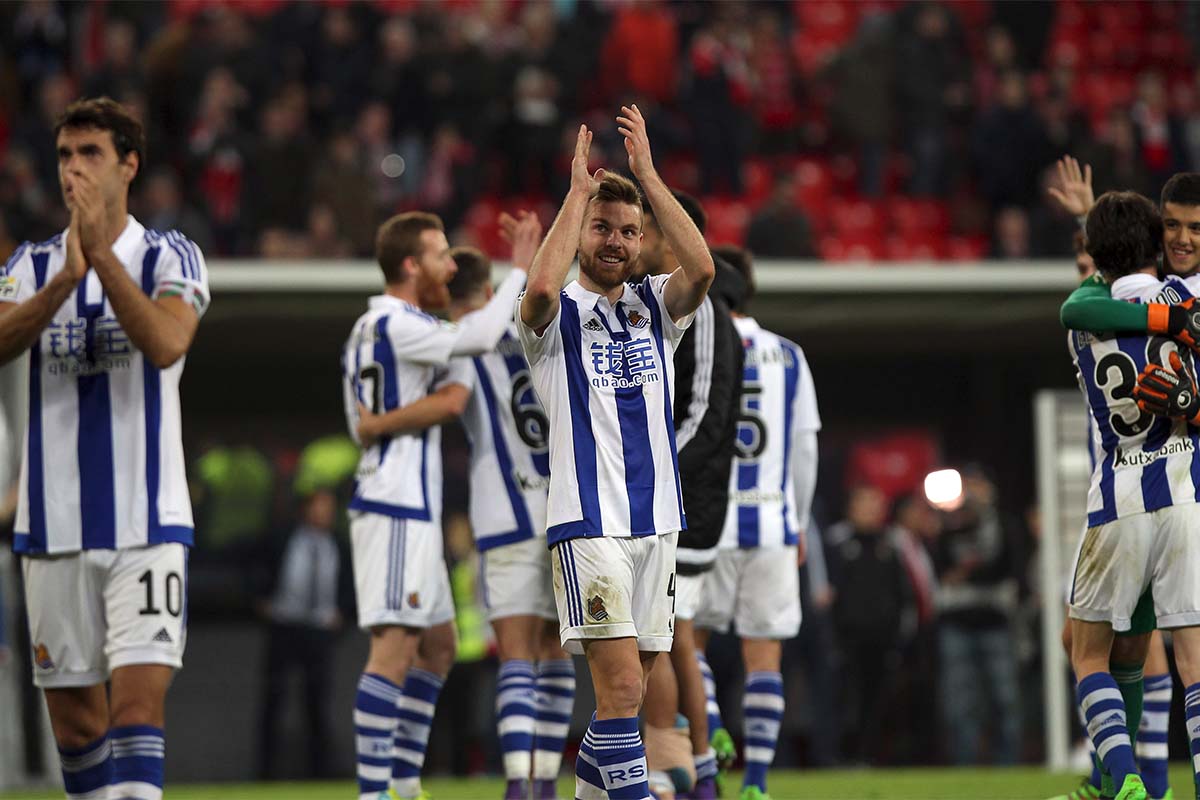 Based in San Sebastian, Real Sociedad are the Basque country’s other ‘major’ football team, and they have their own tradition of bringing through talent, including the likes of Xabi Alonso, Mikel Arteta and Inigo Martinez. They, however, abandoned their own Basque-only policy in 1989, signing John Aldridge from Liverpool. While initially they continued to eschew the signature of Spanish players, this changed over time. Currently, their squad included a mixture of Argentines and Mexicans, Spaniards and Basques.

Part of the reason for their departure in policy is that Athletic have traditionally poached the best young Basque players from regions outside of their native province, even venturing into Guipuzcoa, which is home to Real Sociedad. Indeed, many of Athletic’s greatest players have been from outside of Biscay.

Legendary goalkeeper Andoni Zubizaretta was born in Alava and began his youth career with local team Alaves, a path followed by former Real Madrid stopper Aitor Karanka. Both Iker Muniain and Fernando Llorente were born in Pamplona in Navarre, which borders the Basque Country. Aritz Aduriz and Andoni Iraola were both from Guipuzcoa, as was one of Athletic’s most iconic players, Joseba Etxeberria, who joined the club only after making seven first-team appearances for Real Sociedad. Some players, such as Bixente Lizerazu and Aymeric Laporte, were born in what is, politically speaking, France.

In this vein, Athletic have modelled themselves as ‘the’ footballing home of the Basque Country, rather than simply their own province. This was categorically confirmed on 3 March 2011, when they took on Real Zaragoza without a single player from Biscay. Of the fourteen that appeared for Athletic that day, including substitutes, there were eight from Navarre, four from Guipuzcoa, one from La Rioja and one from Alava. 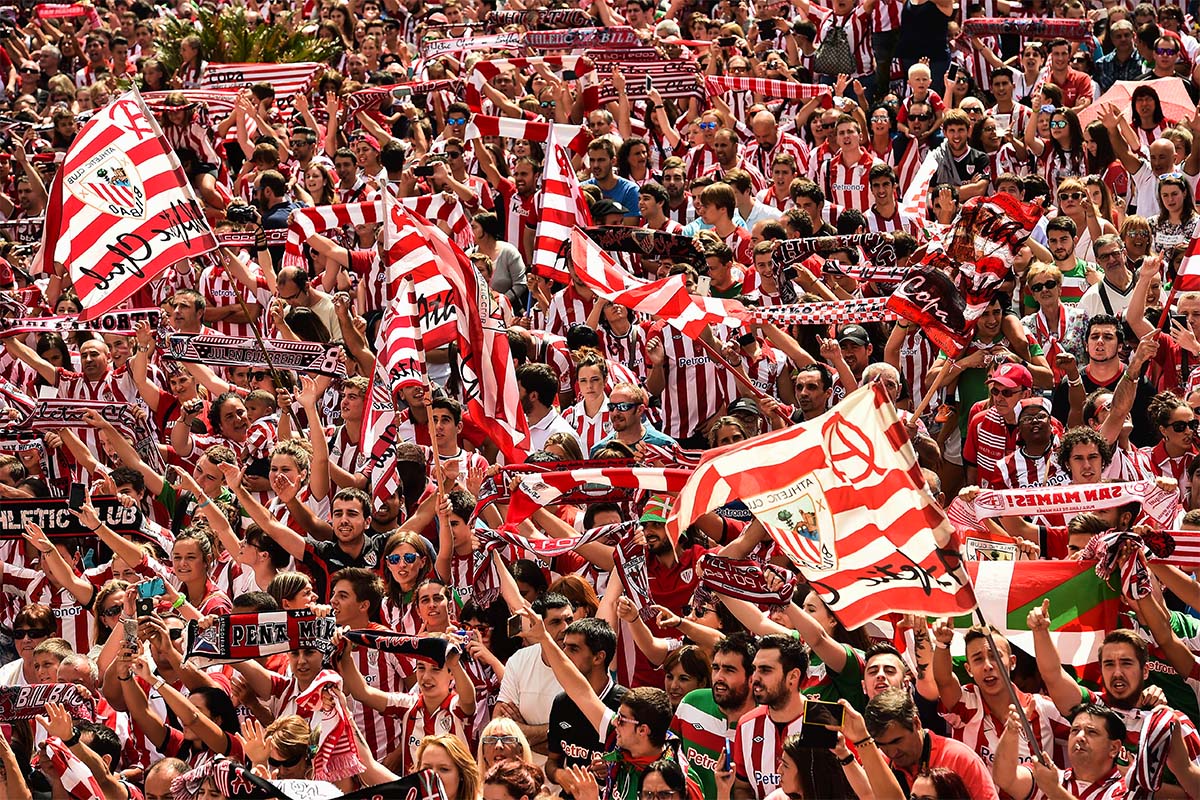 Admittedly, the club’s policy stretches definitions of what the Basque Country encompasses, but their devotion to youth development and ability to compete with such limitations on who they can and cannot sign remains impressive, and intriguing, to many outsiders. There are some, however, who see in Athletic’s vision an inherent xenophobia, though all of this remains debatable.

Some of the club’s finest achievements have, even the most ardent Basque nationalist would have to admit, come thanks to the leadership of foreigners. Athletic’s wonderful run of league titles in the 1920s and ‘30s had a lot to do with the guiding hand of an English coach in Fred Pentland. Much of their success in the 1950s was thanks to the managerial nous of Czech Ferdinand Daucik, who had previously led Barcelona. In the 1980s Javier Clemente, a former player with the club who was born in Barakaldo in Biscay, led them to two consecutive leagues and one cup, though even he was heavily influenced by what was seen as an English style of play. More recently, Marcelo Bielsa, an Argentine, inspired the club to the 2012 Europa League final on the back of some stunning wins over Manchester United, Schalke and Sporting Lisbon.

There is no doubt that Athletic Club stands as a footballing focal point for the Basque people, which in the past suffered severe repression during the Franco dictatorship. Though any perceived severely nationalistic values seem only to be associated to the club by those who wish them to be. For Athletic, what started as a policy built on regional pride has given them an edge in an increasingly globalised sport – whereas other clubs target international fans and players for commercial gain, they focus instead on engendering support from more local communities and invest their money in facilities for youth development within the Basque country.

Athletic Club’s policy continues to inspire heated discussion both in the Basque Country and beyond. What some declare refreshing, others accuse as discriminatory. But, irrespective of opinion and perception, the club remains different. And it is this difference which has allowed it, in many ways, to thrive.