One of only two games to be played on Saturday in La Liga is the Athletic Bilbao vs Mallorca matchup. With that in mind, we have prepared a detailed preview of this game for you.

Our free predictions and betting tips for Athletic Bilbao vs Mallorca

If you are looking the top La Liga predictions, we have them right here, including our top betting tips for the Athletic Bilbao vs Mallorca duel:

Both teams started the season well, with Mallorca being ahead by two points at the moment. However, they also had an easier schedule than Athletic Bilbao so far. Also, Athletic Bilbao at home is a tough opponent even for the best teams in Spain, so our prediction for this match is for the home team to get the win.

Both teams have scored in just one of the three games played by Athletic Bilbao this season, while the same is true for one of three La Liga matches played by Mallorca. With that in mind, we don't expect to see both teams scoring in this game as well, especially since one of the previous two duels between these teams has ended without any goals.

Top odds and important stats for Athletic Bilbao vs Mallorca

If you are looking for the best Athletic Bilbao vs Mallorca odds, we have chosen odds from a few of the best bookies right here:

The team from the Basque country had a disappointing last season after they finished in the 10th place – not too bad, but far from what the club's fans expect. They also lost in Copa del Rey final, twice! However, Athletic Club has started the new season well, with one win and two draws in the first three round. That being said, there are currently five players on Athletic Bilbao's injury list, which could affect their performance against Mallorca.

The returnee to the the top-tier league of Spanish football has started the new season surprisingly well. After the first three rounds, Mallorca has two wins and one draw, which is enough to put them in the sixth place in the standings at the moment. Of course, Mallorca had a good schedule as well, but it's still a great start for the team. Angel, Raillo, and Russo are injured at the moment and out of the next game. 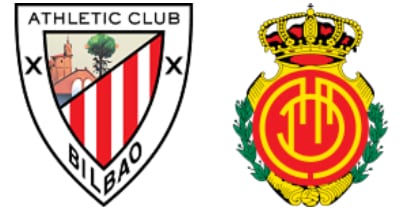