The first match of the upcoming La Liga round will be played on Friday and it is the Athletic Bilbao vs Alaves duel. With that in mind, we have prepared a preview of this game for you and some free betting tips.

Our favourite betting predictions for Athletic Bilbao vs Alaves

If you can't decide on a bet to place on the Athletic Bilbao vs Alaves duel, take a look at our top betting picks for this game:

The Basque team started the new season in solid form, while Alaves lost their first five matches of the season. However, Alaves surprised everybody in the last round when they beat Atletico Madrid 1-0 at home, so they obviously shouldn't be underestimated. Still, we expect Athletic Bilbao to win this game without any problems.

The team with the worst average in La Liga when it comes to goals is Athletic Bilbao – they averaged just 1.43 goals per game in their first seven matches. Meanwhile, Alaves averaged 2.17 goals per game but most of those were goals they conceded since they only scored twice so far. So, betting on under 2.5 total goals in this game sounds like a safe bet, especially since three of the last five duels between these clubs have also ended with two goals or fewer.

Top odds and latest stats for Athletic Bilbao vs Alaves

You can check the best odds from different bookies for the Athletic Bilbao vs Alaves game right here:

Athletic Bilbao vs Alaves preview: Can Alaves surprise us again?

After a mid-table finish in the last season of La Liga, Athletic Bilbao seems on course to another similar season in the top flight of Spanish football. The team that was never relegated from the league currently has two wins, four draws, and one loss after the first seven rounds. However, the team  is without a win in the last three matches, so beating Alaves would give them a necessary confidence boost. That being said, Athletic Bilbao has five players on the injury list at the moment, which could make it difficult to play at their best.

After five losses in the same number of games, Alaves shocked everybody by beating the defending champions Atletico Madrid in the previous round of La Liga. The team that only scored two goals in the first six matches of La Liga was the first one to beat Atletico Madrid this season, to make the win even more surprising. Of course, Alaves is still deep in the relegation zone, but at least the fans can now hope for a better rest of the season. Lejeune, Lopez and Pons are injured and will miss the next game in the league. 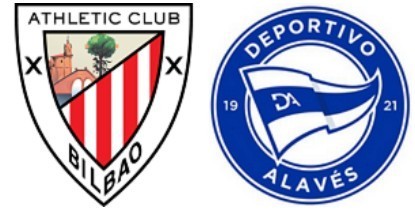