Atlanta claimed a 2-2 draw with Inter Milan on the road and will want a better result against Young Boys in the Champions League. Group F pole position is on the line and it remains to

Here are our predictions for Atalanta vs Young Boys.

With nine wins and a draw in their last ten competitive outings, Young Boys are a force to reckon with. They proved their credentials with a 2-1 win over Manchester United to kickstart their group stage adventures. While United have had troubles at this junction, Gian Piero Gasperini's Atalanta has found a way to progress. They denied Villarreal last time out and will feel confident in their abilities after claiming a deserved 2-2 draw at San Siro.

In their last five fixtures, Atalanta has scored eight goals. This tally pales in comparison to Young Boys accumulation of 21 goals in the same period. Both sides saw their group stage opening fixture conclude with Over 2.5 total goals and we expect a similar conclusion to this Champions League engagement. To match Duvan Zapata, Jordan Siebatcheu will look to add to his nine goals and two assists this season.

Had Young Boys been in a top-five European league, the answer would have been easy to answer. However, with 21 goals in five matches, two of which came against Ole Gunnar Solskjaer's Manchester United, the Swiss side will feel confident in scoring against Atalanta. La Dea's defensive woes which have seen them concede seven goals in their last five matches adds credence to picking the ball out of their new.

Atalanta vs Young Boys: Check out the best odds and the latest stats

Simeone Inzaghi's men shared points with their Bergamese rivals this weekend. Gian Piero Gasperini would not have liked the result after taking a one-goal lead with a late first-half explosion. It was the same scoreline his side had managed against Villarreal a fortnight ago. As La Dea returns to Champions League action, lapses in concentration will not be accepted. The task at hand is to claim the three points on offer and raise their hand for group leadership while everyone sleeps.

Questions About Atalanta vs Young Boys 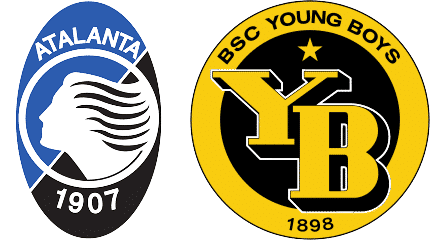 Where is the game being played? Gewiss Stadium (Bergamo).

Which team is the favourite to win? Atalanta.