Venezia sit 6pts adrift of safety and have just six games left to play this season so anything but a win this weekend would be disastrous to their chances of survival. Atalanta are in danger of not qualifying for European competition next season and really need a strong finish to the Serie A campaign.

With both teams in need of the points but for very different reasons, we're expecting a tight and tense 90-minutes on Saturday. Five of the last six meetings between Venezia and Atalanta have produced under 2.5 goals, while four of the host's last five fixtures and three of Atalanta's last six outings have also witnessed fewer than three goals scored. Atalanta haven't scored more than two goals in any of their last six matches in all competitions and Venezia have only scored in one of their last five league games.

On paper, Atalanta should win this game but the visitors haven't been as clinical in front of goal as we know them to be so keeping a clean sheet could prove crucial to this weekend's result. Venezia have failed to score in four of their last five matches and have lost each of their last six outings and while Atalanta's form hasn't been much better, we still expect the visitors to do just enough to win this weekend.

Atalanta must win to keep their hopes of European qualification alive

Venezia had the tough task of playing Fiorentina at the Stadio Artemio Franchi last time out where a solitary first-half effort from on-loan Arsenal midfielder, Torreira, proved enough for the home side to secure all 3pts. Venezia gave a decent account of themselves during the 90-minutes but lacked quality in the final third which cost them dearly.

Atalanta's disappointing form continued on Monday night when they played host to Verona. The visitors took the lead right on the stroke of halftime and moved two goals clear in the 55th-minute. Scalvini pulled a goal back for Atalanta 8-minutes from time but the hosts failed to carve out an equaliser in the time remaining.

Venezia: Sigurdsson, Vacca, Ebuehi, Romero and Lezzerini could miss out this weekend through injury or illness.

Atalanta: Freuler, Malinovsky, Maehle and Toloi are the main injury concerns for the visitors. 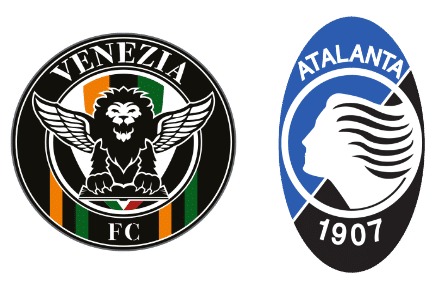