Atalanta will be hoping to make amends for their midweek collapse at Old Trafford by securing all 3pts in their Serie A game at home to Udinese on Sunday. The visitors are in the midst of a winless run and won't be looking forward to the trip to Atalanta, especially as they haven't beaten this particular opponent since 2017.

Here are our predictions for Atalanta vs Udinese.

We're confident that Atalanta will win and both teams will score on Sunday as the hosts have won five of their last six games against Udinese and both teams have scored in five of the pair's last six encounters. Both teams have also scored in five of Atalanta's last six matches as well as in each of Udinese's last three outings, so you can see why we're not expecting any clean sheets this weekend.

This is a game that has the potential to be high scoring and we're backing at least 4-goals to be socred. Four of the last six meetings between Atalanta and Udinese have produced over 3.5 goals, including a 7-1 home for Atalanta back in 2019. At least four goals have also been scored in four of Atalanta's last five fixtures in all competitions, while two of Udinese's last five league games also witnessed over 3.5 goals scored.

Atalanta's top goalscorer this season is Zapata with 4-goals in Serie A alone and we're backing the Colombian international to find the back of the net against Udinese, just as he did when the two sides last locked horns back in April.

All you need to know ahead of Atalanta vs Udinese

Atalanta could move into the Champions League places with a win

Atalanta were at their very best last weekend when they made the trip to newly-promoted Empoli. Two goals inside the first half-hour from Ilicic put the visitors 2-0 up and even after Di Francesco pulled a goal back, it didn't affect the visitor's performance. An own goal from Viti and a late Zapata strike made sure of the points in what was a dominant display from Atalanta. Atalanta almost upset the odds in midweek when they went 2-0 up at Old Trafford in the Champions league only for Ronaldo and co to stage a late comeback and win the game 3-2.

Udinese drew for the second match on the run last weekend when they played host to Bologna. It was the visitors that took the lead in the 67th-minute through Barrow and the Udinese fans were made to wait until 8-minutes from time to see their side equalise through Beto. Udinese started the season positively but are now going through a winless run that stretches back five games and their history against Atalanta suggests that that run will continue this weekend.

Atalanta vs Udinese: Your Questions 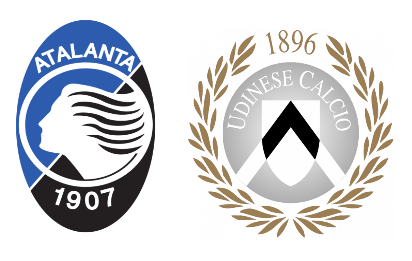