Aston Villa haven't made the exciting start to the new Premier League season that many had expected following a busy summer transfer window and this weekend they play host to the high-flying Hammers. West Ham have won their last three matches in all competitions and sit 4th in the league table, so Aston Villa have a tough task on their hands this Sunday.

Here are our predictions for Aston Villa vs West Ham.

West Ham haven't lost against Aston Villa since 2015 and got the domestic double over the Midland's club last season, so you can see why we're backing an away win this weekend. Aston Villa have lost their last three league games and sit 13th in the table, while West Ham beat Everton and Spurs in their last two league games and look full of confidence.

We're backing both teams to find the back of the net on Sunday as that has been the way that each of the last three league meetings between the pair have ended. Both teams have also scored in four of Aston Villa's last five outings, while West Ham have scored in each of their last six fixtures.

Michail Antonio scored the winner for West Ham against Spurs last time out and we're backing the Hammer's top scorer to find the back of the net at Villa Park on Sunday. Antonio has already scored six times in the league for West Ham and always looks a danger whenever he plays, so Villa need to keep a close eye on the Jamaican international this weekend.

Aston Villa vs West Ham: Everything you need to know

Can Aston Villa end their losing run this weekend?

Aston Villa made the trip to the capital to face in-form Arsenal last Friday and ended up coming home with another defeat. Goals from Partey and Aubameyang handed the Gunners a 2-0 lead at the interval and a third from Smith-Rowe early in the second half ended any chances of a comeback for Villa. Ramsey did manage to pull one goal back late on, and what a goal it was. Villa are going through a poor run of form right now and the last thing they need is a visit from a confident West Ham side.

The Hammers secured a 1-0 win over Tottenham last time out, thanks to a solitary goal from their star striker Michail Antonio. David Moyes certainly knows how to get the best out of Antonio and will be looking to do the same when his side makes the trip to Villa Park on Sunday. West Ham are looking to make it four wins on the run in all competitions and their recent history against Aston Villa suggests that they have every chance of doing so.

Aston Villa: Bertrand Traore, Trezeguet, Keinan Davis and Carney Chukwuemeka could all miss the game against West Ham through injury.

West Ham: Alex Kral and Vladimir Coufal are the two main injury concerns for the visitors this weekend. 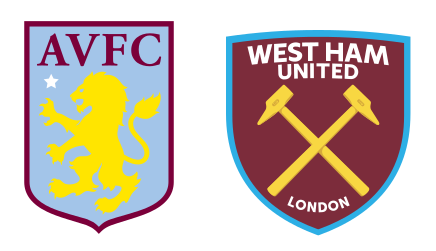