Aston Villa and Newcastle both slipped to defeats on the opening weekend of the new Premier League season despite scoring two goals of their own. We're expecting a much tighter and tenser 90-minutes at Villa Park as both teams will have been working a lot this past weekend on their defending.

Aston Villa have won their last two games against Newcastle at Villa Park and are now unbeaten in the pair's last four meetings in the Premier League. Villa lost star player Jack Grealish over the summer but have reinvested some of the money they received for the England international on the likes of Buendia, Bailey and Ings. Ings scored on his debut for the hosts and Watkins could return to the starting line-up this weekend, adding further strength to Aston Villa's attack.

Recent meetings between these two clubs have been low-scoring and we're expecting another tight game after both teams conceded a lot of goals last weekend and will have been working hard on their defending. Under 2.5 goals have been produced in each of the last eleven meetings between Aston Villa and Newcastle.

Aston Villa have kept clean sheets in their last two wins over Newcastle and the hosts almost fought back and secure a point against Watford last weekend, while Newcastle twice surrendered the lead at home to West Ham and eventually slipped to a 4-2 defeat. Both teams will have been working hard on the defensive aspects of their game ahead of Saturday's clash and we expect that to show in the form of a narrow 1-0 victory for the hosts.

Everything you need to know ahead of Aston Villa vs Newcastle

Both sides hope to bounce back after opening weekend defeats

Aston Villa found themselves 2-0 down at the break against Watford and when the hosts scored a third goal the game looked beyond Villa. However, goals from McGinn and Ings made the final result 3-2 and Aston Villa looked more like their old selves in the last 20-minutes. Ollie Watkins could return for Aston Villa this weekend and he will be a welcome boost for the hosts. Villa have a decent recent record against Newcastle and head into this game as the clear favourites to win.

Newcastle started very brightly at home to West Ham last time out and even went in 2-1 up at the break thanks to goals from Wilson and Murphy. However, the Hammers equalised early in the second half and were then awarded a dubious penalty, which despite being saved by Woodman, ended up in the back of the net via a Soucek rebound. This really took the win out of the host's sails and just a moment later Newcastle were undone again. Defending like this cannot be tolerated or Newcastle will be in and around the relegation zone come the end of the season. We're expecting a much tighter defensive performance from the visitors but even that might not be enough to stop another defeat. 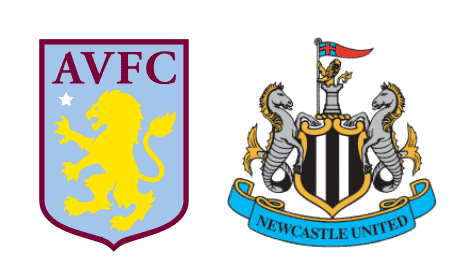