Fresh off the back of a 1-0 win at Old Trafford in the FA Cup, Man Utd go head-to-head with Aston Villa in the Premier League, but this time they don't have the home advantage. Steven Gerrard started life at Aston Villa really positively but his side's last three games have all ended in defeat and he won't want losing to become a habit.

Man Utd haven't been that impressive under their new manager but they have still won three of their last five matches in all competitions and are the slight favourites with the bookmakers to win on Saturday. Aston Villa have lost four of their last six in league and cup and Steven Gerrard faces a fourth straight defeat this weekend. Of their last six competitive encounters, Manchester United have beaten Aston Villa four times, losing and drawing once.

We're backing both teams to find the back of the net this weekend as they have done in three of the last five league meetings between the two clubs. Both teams have scored in three of Aston Villa's last six outings and the host shave only kept one clean sheet during that period. Three of Manchester United's last six fixtures have also ended with both teams getting on the scoreboard and the Red Devils have only managed to keep two clean sheets in their last six attempts.

Will Villa have their revenge this weekend?

A solitary 8th-minute effort from McTominay proved enough to sink Villa in Monday's FA Cup 3rd Round tie at Old Trafford, and the club's last league game also ended in defeat. Ings put Aston Villa 1-0 up at Brentford after just 16-minutes but Wissa equalised just before the break and 7-minutes from time Rasmussen won the game for the Bees. Villa sit 14th in the Premier League table but could move as high as 10th with a win against Man U on Saturday.

Man Utd needed that FA Cup win against Aston Villa to boost their confidence following a shock home defeat at the hands of goal-shy Wolves. That game appeared to be heading for a goalless draw until Joao Moutinho struck in the 82nd-minute to win the game for the visitors. There is still plenty of discontent within Man Utd and their fanbase as with each poor result that goes by, their chances of qualifying for the Champions League decrease. A win this weekend could take the visitors above Spurs but the London club would still have a game in hand.

Man Utd: McTominay and Shaw are suspended, while Maguire, Ronaldo, Jones, Sancho, Martial, Dalot and Pogba are all injury concerns and Bailly is away on international duty. 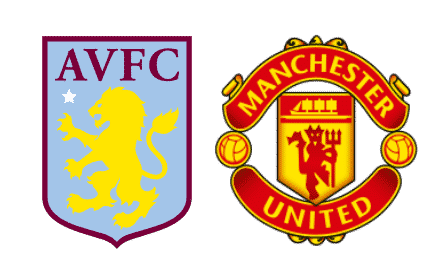