Aston Villa haven't lost any of their last four Premier League games against Everton but even a win on Saturday won't take the hosts above the Toffees in the table. Everton have started the season well under Rafa Benitez and are yet to lose a single game, so confidence won't be an issue for the away side this weekend.

Here are our predictions for Aston Villa vs Everton

Both teams have scored in three of the last five league meetings between these two sides and we're expecting more of the same from the pair on Saturday. Three of Aston Villa's last six outings and four of Everton's last five fixtures have also ended with both teams getting on the scoreboard.

The recent performance of both Aston Villa and Everton suggests that there will be goals in this game. At least three goals have been scored in three of the duo's last six encounters, while four of Villa's and five of the Toffee's last six fixtures in all competitions have witnessed at least three goals being scored.

Danny Ings has two goals to his name already this season and we're backing the former Liverpool man to add to his tally against the Toffees. Ings has a decent scoring record against Everton and seems to perform better at home than he does on the road. Everton have only managed to keep one clean sheet so far this season and have relied on their ability to score goals to get them points.

Aston Villa played well against Chelsea last weekend and had to settle for a 3-0 defeat in the end. The visitors created chances and really caused Tuchel's men problems, but weren't lethal enough in the final third. If Villa can play that way against Everton this weekend, then the result may well be very different, though, the Toffees have proven impossible to beat so far.

Everton started slow and deserved to go behind at home to Burnley last time out but recovered really well with three goals in 7 second-half minutes to secure another home win. Everton won their last away game against Brighton and look very good on the counter-attack with the pace of Gray, Richarlison and Townsend causing defences plenty of issues.

Aston Villa: Buendia and Martinez will return for the hosts this weekend but Trezeguet, Davis and Chukuemeka have been ruled out through injury.

Everton: former Villa midfielder Delph remains sidelined and both James Rodriguez and Calvert-Lewin are unlikely to feature at Villa Park.

Aston Villa vs Everton – Your Questions 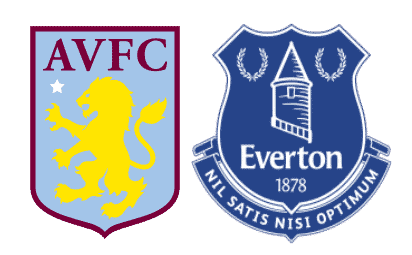