Brighton will be looking to return to winning ways in the Premier League this weekend when they make the trip to the Midlands to face an out of form Aston Villa side. Steven Garrard certainly has some work to do at Villa Park to get this team performing to a level that satisfies the owners and some in the media believe he may have bitten off more than he can chew with this job.

Here are our predictions for Aston Villa vs Brighton.

Brighton have lost their winning touch in recent weeks but have still been picking up points on a regular basis through draws. We're backing the Seagulls to avoid defeat against Stevena Gerrard's Aston Villa as the visitors have only lost one of their last six matches in all competitions (after 90-minutes). Villa have lost each of their last five league games, the last of which saw Dean Smith sacked and Steven Gerrard brought in as his replacement. The home side still have a few injury concerns right now and that could hamper Gerrard's attempts at a positive start to his Aston Villa career.

This is a fixture that often produces goals at both ends of the pitch and we don't expect that to be any different on Saturday. Five of the last six meetings between these two clubs in all competitions have ended with both teams getting on the scoreboard. Both teams have also scored in four of Aston Villa's and four of Brighton's last five fixtures, so you can see why we're not expecting to see any clean sheets this weekend.

Brighton's Belgium international Trossard has scored in each of his last two appearances for the Seagulls and has netted 3-goals in the Premier League so far this season. We're expecting that good run of form to continue this weekend when Brighton make the trip to the Midlands to face an Aston Villa side with a leaky defence.

As soon as Armstrong put Southampton 1-0 up after just 3-minutes against Aston Villa, the away fans will have feared the worst for their side. Aston Villa couldn't find a way back into the match which makes it five defeats on the run in the Premier League. That result forced the board's hand and they sacked Dean Smith and replaced him with Steven Gerrard who did a great job at Rangers north of the border.

Brighton went 1-0 up at home to Newcastle after 24-minute, via a Trossard penalty, and might have expected to go on and win the game. However, Newcastle showed resolve to stay in the game and earned their equaliser in the 66th-minute. The game ended 1-1 and both teams had to settle for a point.

Aston Villa: Danny Ings, Douglas Luiz and Marvelous Nakamba could face late fitness tests ahead of Saturday clash with Brighton, but Ezri Konsa is suspended and Traore and Trezuguet remained sidelined through injury.

Brighton: Steven Alzate, Robert Sanchez and Danny Welbeck will miss the trip to the Midlands, while Dan Burn, Aaron Connolly and Enock Mwepu are all doubts due to injury. 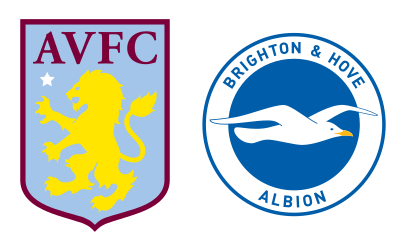