Aston Villa followed up their 2-0 win over Newcastle in the Premier League with a 6-0 thrashing of Barrow in the League Cup on Tuesday night, while Brentford extended their unbeaten start to the campaign by knocking out Forest Green by three goals to one.

Despite Aston Villa having the home advantage against newly-promoted Brentford, we're predicting a draw between the pair this weekend. Brentford are unbeaten in their last six games against Aston Villa and have secured draws in each of their last three trips to Villa Park. Brentford are also unbeaten in their opening three competitive games of the new season after beating Arsenal and Forest Green, whilst securing a draw away at Crystal Palace.

We've backed both teams to score in this game as that has been the case in three of the last six meetings between the two clubs. Aston Villa have scored in each of their last five fixtures, including 6-goals in the League Cup against Barrow, while both teams have scored in three of Brentford's last six outings.

Danny Ings has started life at Aston Villa with a bang, scoring in each of his side's opening two Premier League games. Ings was rested in midweek but will be back in the starting lineup on Saturday, ready to pounce on any mistakes the Brentford defence make. The England international has already converted one penalty this season and will be on spot-kick duty this weekend once again.

Can Brentford maintain their unbeaten run?

Aston Villa look like they have recovered well from their surprise 3-2 defeat on the opening weekend of the new Premier League season, securing a win in their next league game against Newcastle and hammering Barrow in the League Cup. Ings is looking very dangerous in front of goal and has settled in very well at Villa Park already, scoring a fabulous goal against Newcastle. Villa look set to be without Traore, Sanson and Trezeguet this weekend due to injury, but Baily and Watkins could recover from thigh injuries in time to face the Bees.

Brentford's only injury concern heading into Saturday's clash is Joshua Dasilva who has an issue with his hip. Brentford followed up their excellent win over Arsenal with a point at Palace and are through to the next round of the League Cup after beating Forest Green 3-1 on Tuesday night. Brentford have a very good recent record against Aston Villa and we're certainly one of the Midland's sides bogey teams when the pair were in the Championship together.

Your Questions – Aston Villa vs Brentford 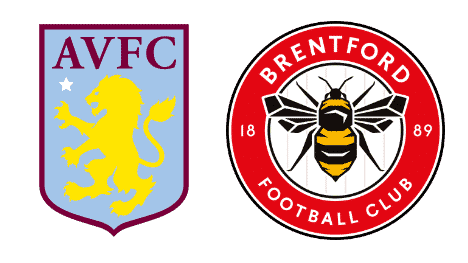