As the Premier League season lurches towards its crashing crescendo, thoughts have already turned to the moves that will be made in the summer transfer window. No club is the subject of more speculation that Manchester United, and the latest name linked with an Old Trafford switch is Atlético Madrid’s José Giménez.

The Red Devils are believed to be close to sealing a deal to snatch French forward Antoine Griezmann away from the Vicente Calderón, but if manager José Mourinho has his way, his raid on Los Colchoneros could extend to include the 22-year-old Uruguayan centre-back.

Reports this week suggest that United will go head to head with rivals Liverpool – who Football Whispers have been told will try to sign Southampton’s Virgil van Dijk – in the battle to sign Giménez.

The Red Devils were believed to be considering a move for the young defender in January, with the player out of favour in Madrid. But the English side decided to keep their powder dry in the mid-season window and will focus their recruitment drive on the summer market. 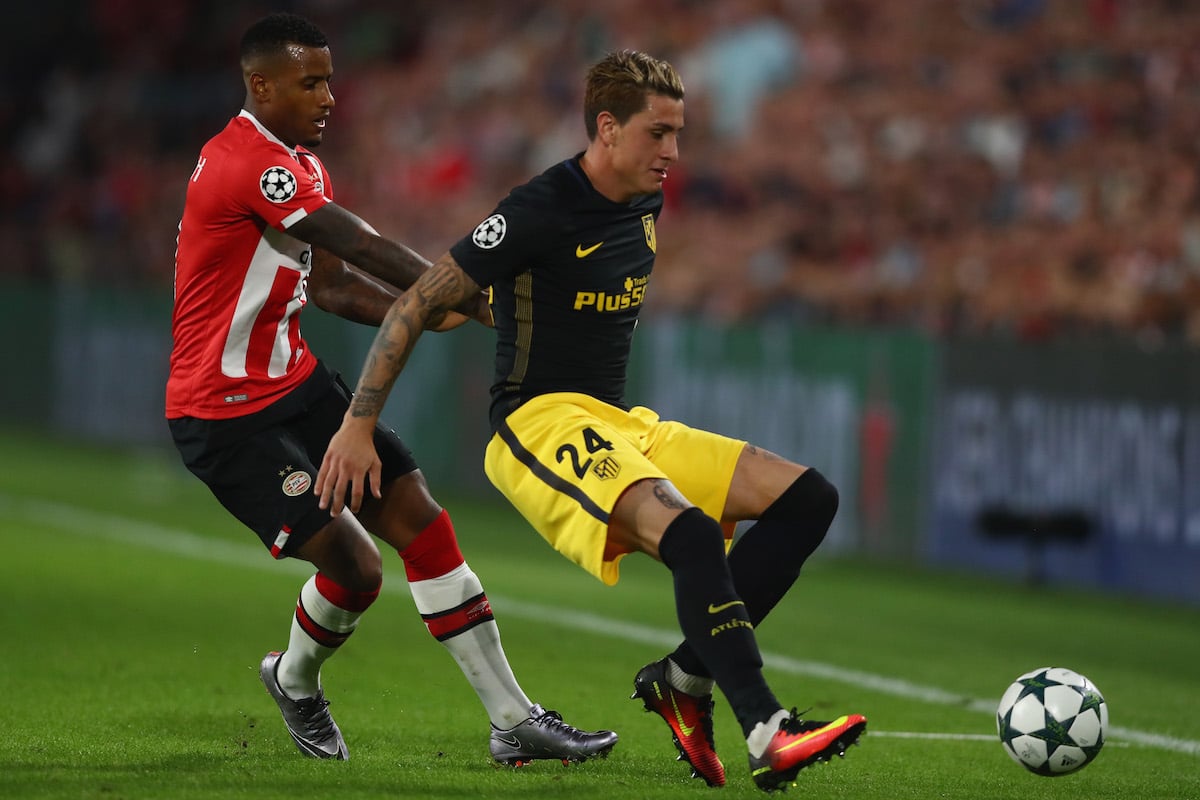 Gimenéz, despite having been usurped by former Manchester City centre-back Stefan Savić in Diego Simeone’s line-up in the last 12 months, is regarded as the natural heir to 31-year-old compatriot Diego Godín, so any side wishing to steal him away from Atléti might have to match his £56million buyout clause.

It’s a hefty price tag for a player who has not featured as regularly as he would’ve hoped this term, with just seven La Liga starts under his belt, but would he be worth it for United?

Would Giménez Be An Upgrade On Smalling?

Ivory Coast international Eric Bailly has impressed since his £30million move to Old Trafford from Villarreal last summer, and at 22, he must be considered the future of United’s backline.

If Giménez were to come in, he’d more likely be competing for a regular starting berth with England international Chris Smalling.

Smalling’s flaws are obvious and manifold: he lacks the technique to be able to play the kind of vertical passes now quotidian for modern defenders, and the ex-Fulham man suffers from lapses of concentration which see him caught out of position.

But Smalling is not without his strengths, namely being excellent in aerial duels, winning 68 per cent of his headed contests this term, while also being a strong communicator at the back. 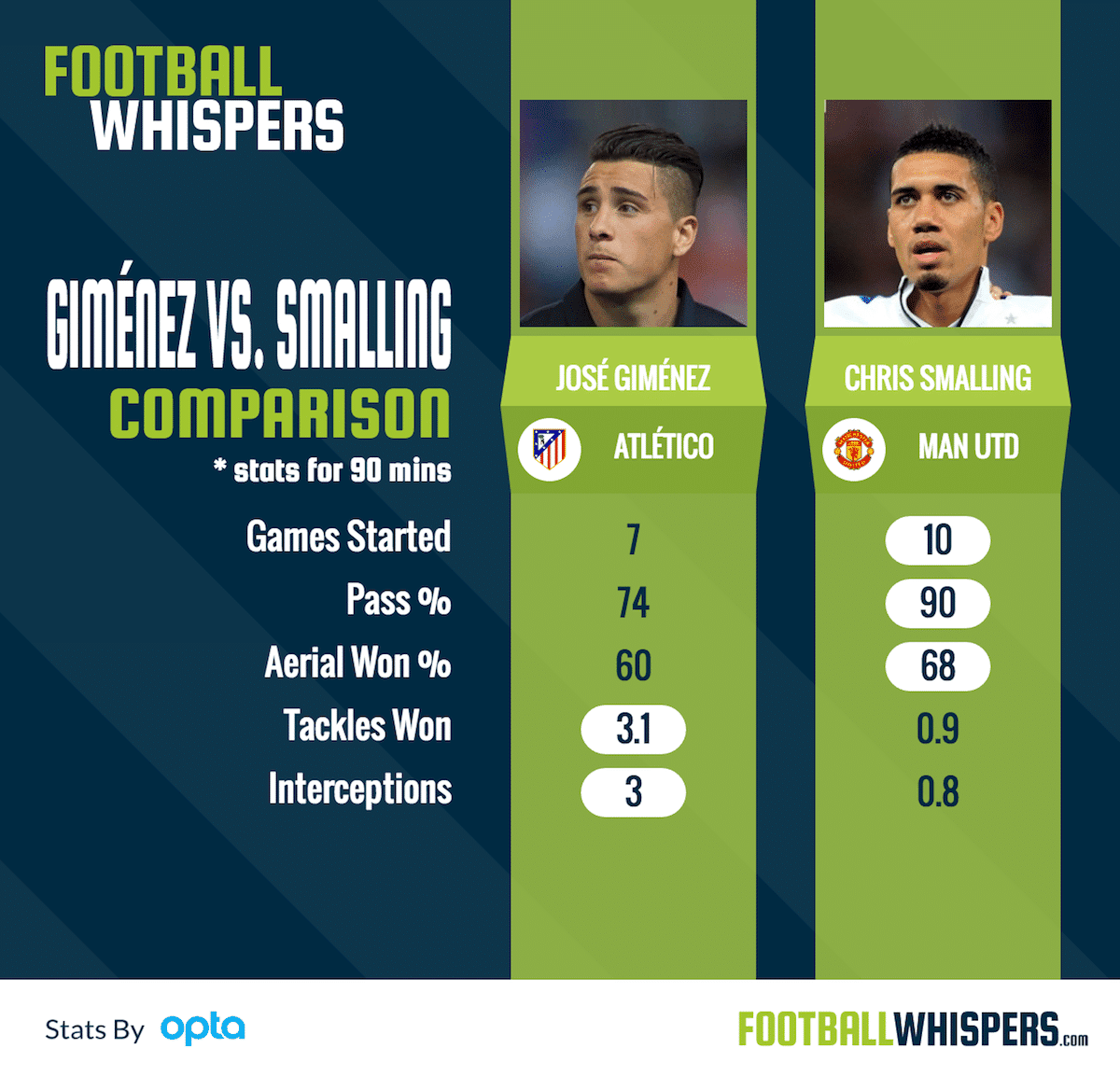 Giménez isn’t too far behind Smalling aerially, winning 60 per cent of his duels, while his 46 per cent success rate in tackles is only slightly behind the United man’s 50 per cent.

Although Smalling never quite looks comfortable in possession, he has managed to complete an impressive 90 per cent of his passes in the Premier League this season. The 27-year-old rarely attempts to break the lines when moving the ball, electing not to thread the eye of a needle to relieve the pressure of a high press in the way David Luiz does for Chelsea or how Samuel Umtiti can for Barcelona among others. But he should perhaps be given credit for knowing his limitations and not taking unnecessary risks.

Giménez would not be categorised as a ball-playing centre-back either. The youngster's tough-tackling, uncompromising style is reminiscent of John Terry in his early Chelsea career.

However, while the Uruguayan international’s 74 per cent pass accuracy sees him pick out a team mate less regularly than Smalling, he possesses a much greatest range of passing than the Three Lions man. 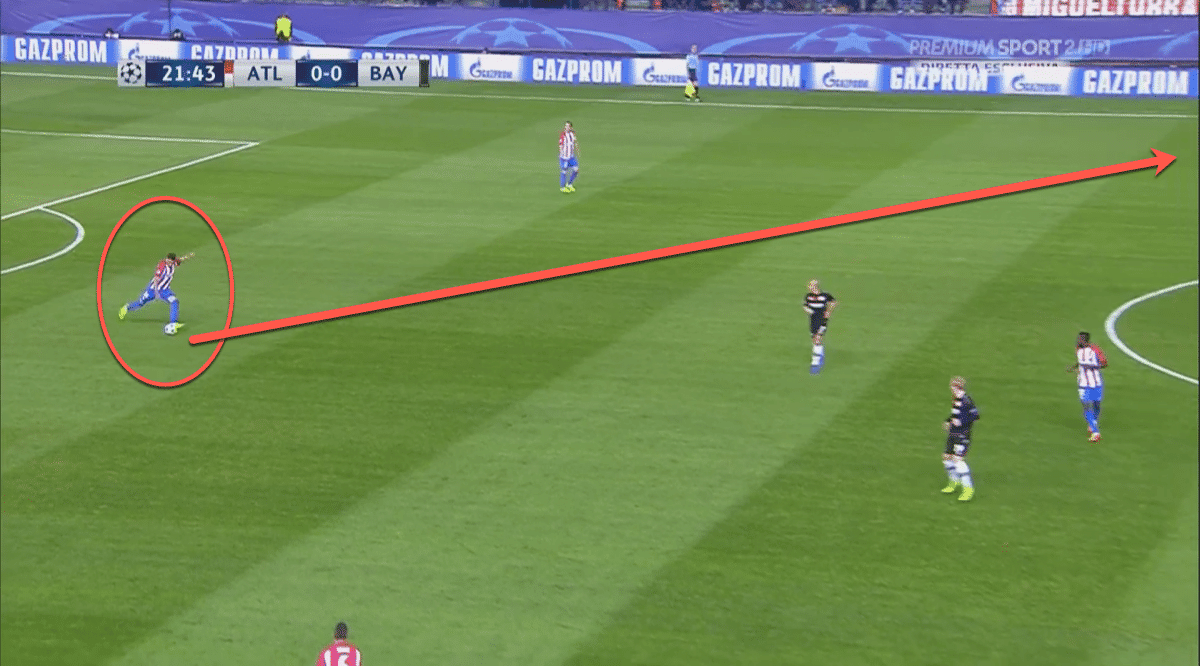 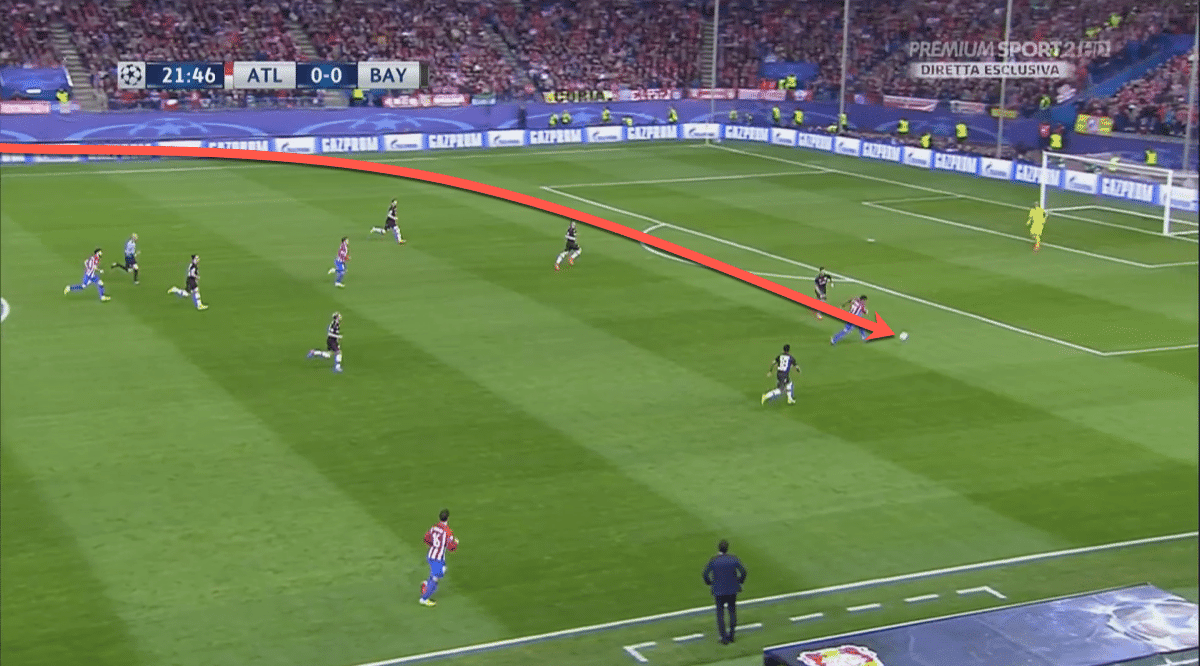 In the above images, taken from the second leg of Atléti’s Champions League last-16 tie with Bayer Leverkusen, with the away side sitting back and allowing Simeone’s defenders to have time on the ball, Gimenez pings a stunning 60-yard ball to pick out Ángel Correa on the edge of the opposition’s penalty area.

With United using Zlatan Ibrahimović as a target man at the point of their attack, Giménez’s ability to play long, accurate forward passes would offer United a more direct route to advanced areas.

On average, the Atlético stopper makes seven defensive actions per game to Smalling’s eight. However, when it comes to anticipation and reading the game, the younger man has the edge, making an average of three interceptions per 90 minutes to the Englishman’s 0.8.

Both players commit 0.8 fouls per 90, but Giménez wins an average of 1.7 free-kicks to Smalling’s 0.8, which perhaps demonstrates that the La Liga star is savvy when it comes to absorbing contact to obtain a dead ball, reliving the pressure on his defence.

Giménez also makes more tackles per 90 minutes (3.1) than Smalling (0.9), but this is not necessarily an indication of greater defensive quality, as sound positioning will often negate the need to make a challenge. Yet, when called upon to halt an attacker’s progress with a last-ditch tackle, Giménez is combative and tenacious. 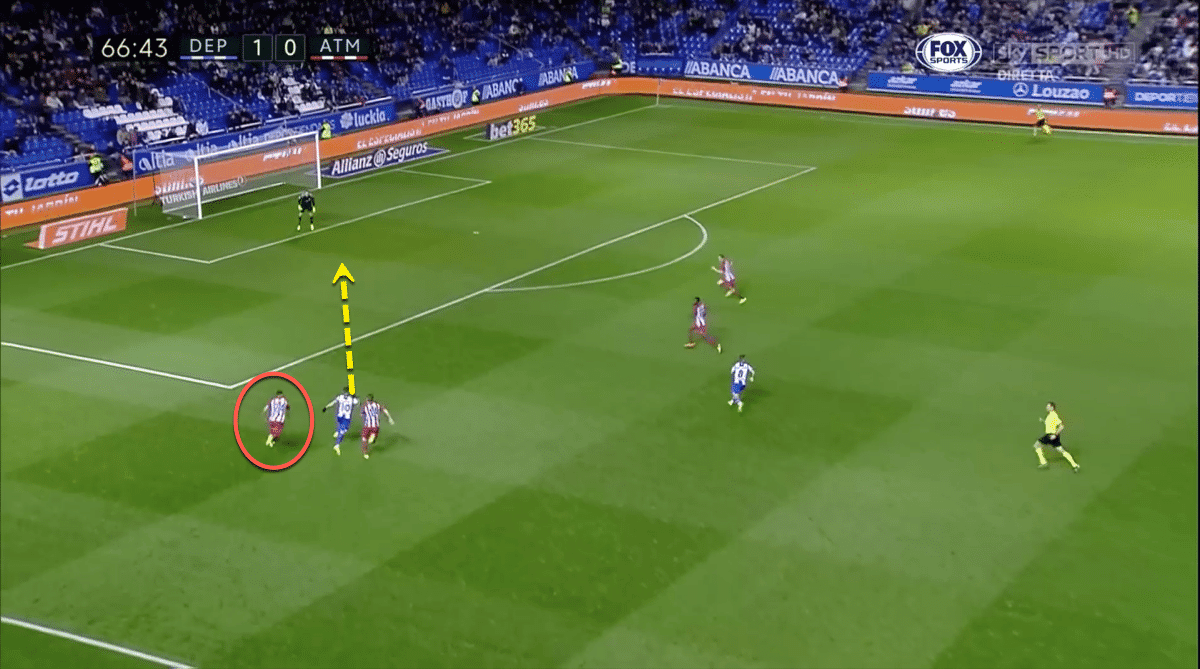 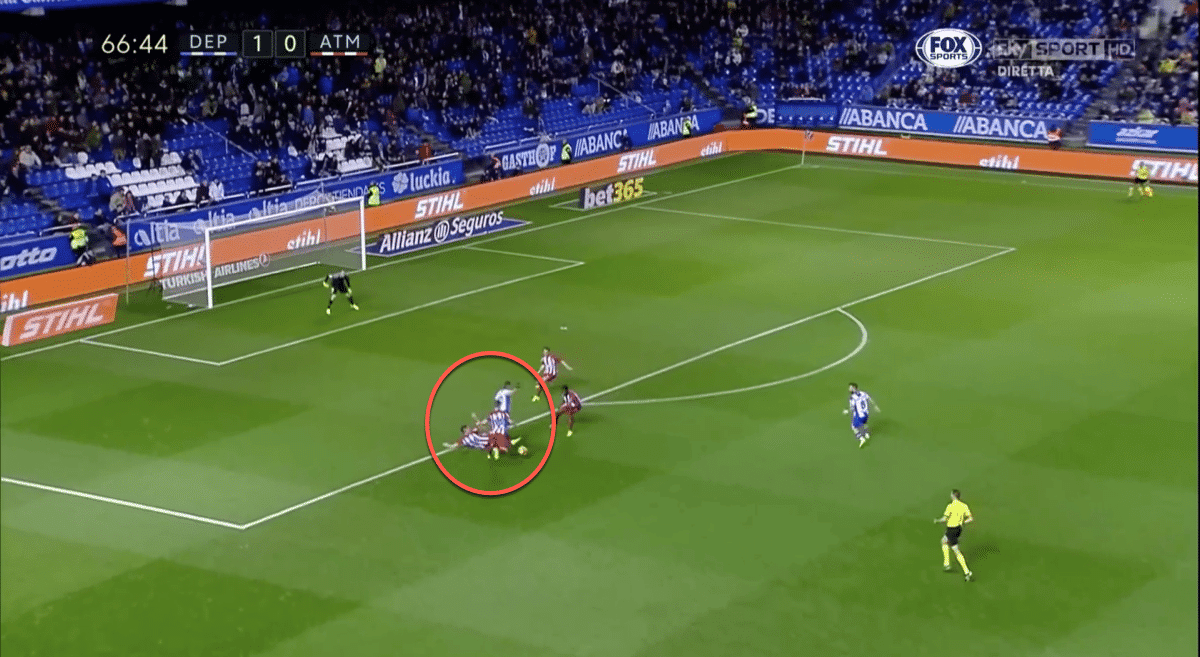 In the above images from a La Liga encounter against Deportivo La Coruña, Florin Andone has cut in from the left flank and in moving dangerously towards the Atléti goal. Giménez sprints back alongside the attacker before making a superbly-timed tackle.

With Bailly a gifted but occasionally erratic presence in the backline, United would ideally need a solid, dependable organiser alongside him – a no-frills, defender’s defender. Giménez would fit into that bracket.

Being a native Spanish speaker, communication may not be as much of an issue as it would seem, too, as Bailly’s time in la Liga with Espnyol and Villarreal would see the pair share a common language.

He wouldn’t come cheap, but if Giménez has grown impatient waiting for opportunities at Atlético, he could fit right in at Old Trafford.

Mbappé Can Add A New Dimension To Manchester United's Attack