Manchester United have a long and proud history of developing young academy hopefuls into bona fide stars of the first team.

Indeed, the Red Devils have featured at least one academy graduate in every matchday squad for well over 80 years, a record which stands to roll on and on, with the likes of Marcus Rashford and Jesse Lingard currently key players at senior level.

However, in the high-stakes environment of elite-level football, it is not always possible for youngsters to be given regular opportunities in the first team.

As such, many sides have come to utilise the loan market as a way of outsourcing the development of their young hopefuls; Chelsea are, of course, the most notable exponents, but United are certainly no exception.

At present, the Red Devils have 11 players out on loan, many of whom playing in different leagues and experiencing different standards of football.

Here is how they are all getting on.

José Mourinho wanted Brazilian midfielder Pereira to form part of his first-team squad this season, after the youngster impressed on the club's pre-season tour of the United States.

But Pereira felt his personal development would be better served by a temporary move away from Old Trafford, anticipating few opportunities with the Red Devils during 2017/18.

The versatile midfielder, who spent last season on loan in La Liga with Granada, elected to return to Spain, joining Valencia for the campaign.

Thus far, with ten La Liga starts and 21 all-competitions appearances in total, it would seem Pereira has been vindicated in his decision; had he remained in Manchester, he would likely have occupied the squad position Scott McTominay has assumed, allowing for just two Premier League starts and 13 total outings.

Aiding Los Che in their push for Champions League qualification, currently sitting third in the La Liga table, ahead of champions Real Madrid, Pereira has impressed, playing on either side of midfield in manager Marcelino's 4-4-2 set-up.

The tactical differences between United and Valencia, however, are a cause for concern for Mourinho, who has admitted that Pereira featuring in a role that does not exist at Old Trafford might not have done as much for the 22-year-old's prospects at his parent club as desired.

But, on a base level, the game time will be doing Pereira the power of good. He has already demonstrated an ability to play on either wing, as a No.10 or as a deep-lying playmaker within United's ranks; he now has one more string to his bow.

Some United fans, impressed by the Dutch teenager's fleeting first-team performances since his 2015/16 debut under Louis van Gaal, were dismayed to see Fosu-Mensah shipped out on loan last summer, joining Crystal Palace until the end of the season.

With the rotation United have undergone in the full-back and central-defensive positions, as Mourinho shuffles his deck in search of his optimum combination, Fosu-Mensah likely would have got minutes at both right-back and centre-back, but nowhere near the 1502 Premier League minutes he has played for Palace so far this season. 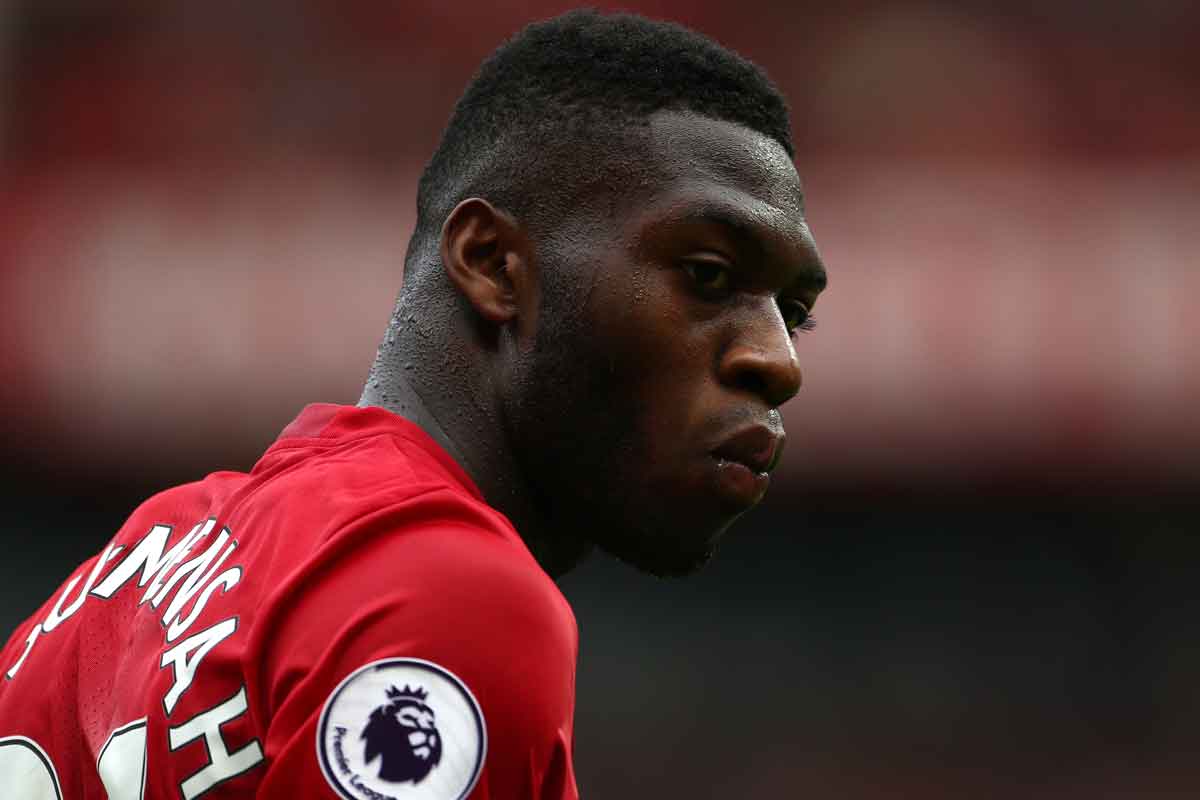 At Selhurst Park, the powerful 20-year-old defender has split his time between the centre and the right side of the Eagles' four-man backline this term, and has looked at home in both roles.

Still highly regarded at Old Trafford, the Dutch youngster is expected to return next season and assume at least a rotational role, especially with the possible sales of Chris Smalling, Phil Jones, Matteo Darmian and Daley Blind all mooted in the press recently.

England under-21 international Tuanzebe is another player who many United fans felt should have been given more opportunities in Mourinho's side this term, before being shipped out on loan to Aston Villa in January.

The Red Devils boast a wealth of options at centre-back but, especially during Eric Bailly's recent injury layoff, generally lack quality in the position. While competition for places was stiff, the talented Tuanzebe might have been aggrieved to have been so far down the pecking order.

The 20-year-old has only started twice in the Championship for Villa to date, with Steve Bruce's resurgent side winless on both occasions, losing to Fulham and drawing with Preston North End.

Starting both games at right-back, rather than his preferred central position, Tuanzebe's development might have been better served by a loan elsewhere, as the experienced duo of John Terry and James Chester will prove difficult to dislodge at Villa Park.

Goalkeeper Johnstone is also on loan at Villa, but, unlike Tuanzebe, he has been there since August.

The 24-year-old former England youth player has been an ever-present for the Villains this season, starting all 33 Championship games for the West Midlands side.

Johnstone made a costly error in the recent defeat to Fulham, but this was out of character for the otherwise dependable keeper.

Despite doing well with Villa this term, with young Portuguese goalkeeper Joel Pereira viewed as a brighter prospect at Old Trafford, Johnstone us unlikely to figure in Mourinho's plans. 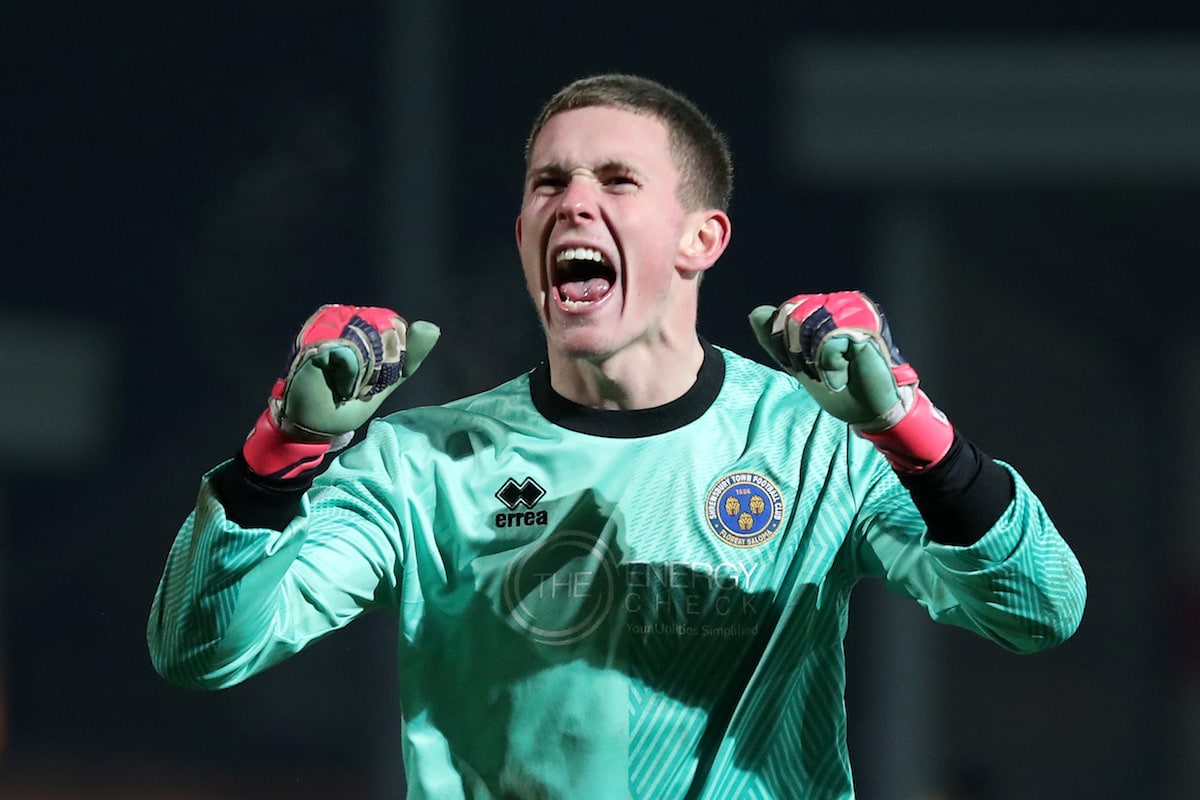 Another young United keeper impressing on loan in the Midlands is Henderson, who was part of England's FIFA U-20 World Cup Triumph last year.

As Shrewsbury Town's regular No.1 this season, Henderson has become a fan favourite at the New Meadow, starting 28 times in League One as Paul Hurst's perennial strugglers threaten automatic promotion to the Championship.

Although a gifted prospect between the sticks, like Johnstone, the wealth of goalkeeping talent at United will mean Henderson's long-term future may lie elsewhere.

Mitchell impressed as part of United's travelling squad for their pre-season US tour last summer, making a handful of cameos in which he showcased his thrilling speed and tenacity down the left flank.

Initially an attacking midfield player, the 21-year-old has been remoulded into a flying left-back, and even made a Premier League debut for the Red Devils against Crystal Palace on the final day of last season.

On loan with Hearts since January, Mitchell have featured five times in the Scottish Premiership and bagged his first senior goal against St Johnstone in the Scottish Cup.

Given his first-team debut by Ryan Giggs during the Welshman's four-game stewardship at Old Trafford at the tail end of the 2013/14 season, there were high hopes for striker Wilson on the red side of Manchester.

Now 22 and having struggled with injuries in recent seasons, the young Englishman is something of a forgotten man, surpassed by the likes of Rashford and now Angel Gomes as the brightest youth prospects at the club.

On loan with Sheffield United since January, Wilson has featured four times in the Championship for the Blades, scoring on his first start, away to Norwich City.

Former Arsenal youngster Willock was initially sent to Dutch side Utrecht for a season-long loan back in August, but, having made just five first-team appearances, scoring one goal, for the Eredivisie club, the 21-year-old midfielder's loan was terminated in January.

He was then sent out to St Johnstone during the mid-season transfer window and has played four times for the Scottish side to date, yet to score or assist.

Cardiff-born centre-back Poole signed for Northampton Town for the season in August and has benefitted from regular, senior football at Sixfields Stadium.

The 19-year-old, whom United signed from Newport County three years ago, has played 23 times of the Cobblers this term for a total of 1,769 minutes of first-team action.

Although naturally a defender, Poole has featured regularly as a defensive midfielder for Northampton since Jimmy Floyd Hasselbaink's appointment in September.

Versatile youngster Scott, who can pay anywhere across the backline or further forward in central midfield, was sent to Hamilton Academical on loan in January to gain first-team experience.

The Stoke-born 21-year-old is yet to feature for the Accies sine making the switch to New Douglas Park.