Having sealed a sixth successive Serie A title, Juventus’ status within Italian football is secure. And, should they win their Champions League final meeting with Real Madrid, they will also be crowned kings of their continent.

Regardless of the outcome in that match, however, the Bianconeri are indisputably one of the canniest operators around today.

It’s no coincidence that, since Giuseppe Marotta began overseeing their transfer policy in 2010, the club has gone from strength to strength.

Here, we look at the ten finest Juventus signings made in the Marotta era.

With the benefit of hindsight, the £34million Juventus paid to sign Dybala in the summer of 2015 seems like common sense. But at the time the deal went through there was a sizeable amount of risk involved, mainly due to the fact that the 23-year-old had hit double figures just once in his three prior seasons in Italy, one of which was in Serie B.

However, he adapted quickly to a ‘nine-and-a-half’ role, scoring an impressive 23 goals in his debut campaign with the Italian champions.

And while his second term hasn’t been quite so prolific, his sparkling quick feet and intelligent movement have ensured he remains one of the club’s key players. 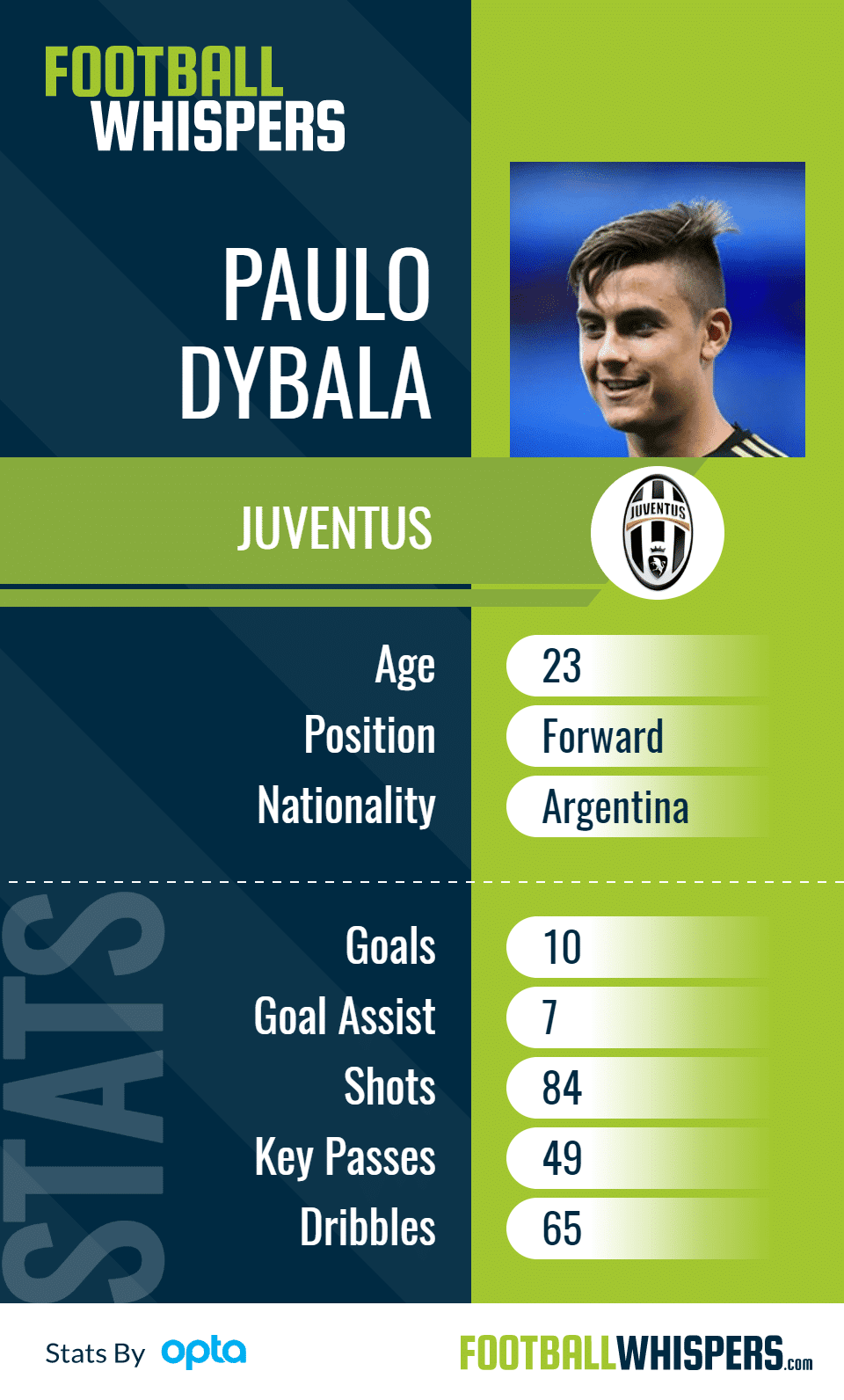 From a tactical and symbolic standpoint, Dybala’s signing was seen as an antidote to the departure of Argentine compatriot Tevez.

The striker left Juventus in June 2015 to return to his home country and Boca Juniors, leaving behind a wonderful, albeit brief, legacy.

In just two years in black and white, ‘El Apache’ played to his thrilling and efficient best. He led the line with a clinical touch, scoring at a higher rate than with any of the other European clubs he had turned out for.

Overall he hit 50 goals in 95 outings, which, considering he joined for a fee of £12million, was an outstanding return.

Signed in July 2010, two months after Marotta’s arrival at Juventus, for a fee of around £13.2million, Bonucci has since grown into arguably the world’s finest central defender.

Along with his astute reading of the game, rugged marking and aerial dominance, he has shown an eye for long-range, defence-splitting passes and the occasional wonder goal.

With his combination of physical and mental fortitude, technical refinement and tactical intelligence, he is a centre-back who would not look out of place in any era. No wonder the likes of Manchester City are targeting him.

Vidal was a key component in both Antonio Conte and Massimiliano Allegri’s tenures, with his astounding fitness levels and relentless desire to press making him an excellent midfield battler, defending from the front.

The volatile Chilean warrior also showed himself to be a canny operator in the final third, constantly making clever runs and hitting 48 goals in four seasons with the Bianconeri.

Signed for £10.6million, he was eventually sold to Bayern Munich for almost three times as much.

One of the principal factors in Juventus’ transfer market strategy of recent years has been an unerring willingness to give experienced players another chance.

This was the case when they signed Evra from Manchester United for £1.5 million.

The French left-back was, at 33 years of age, considered past his best upon his arrival in Italy. But he performed exceptionally well, even as a left-sided centre-back on occasion, in his two-and-a-half years with the Turin giants before being supplanted by Alex Sandro.

At 34 years of age, Alves is currently enjoying a stellar maiden campaign in Italy with Juventus. The Brazilian left Barcelona on a free transfer last summer and hasn’t looked back, putting in some surprisingly sound defensive displays to help his new employers to a domestic double.

That double could soon become a treble, with Allegri’s side taking on Real Madrid in the Champions League final.

And Alves, whose attacking forays remain a potent weapon, would no doubt love to add another major continental title to his personal haul.

In the summer of 2011, a 32-year-old Pirlo was supposed to be entering the twilight of his career. He had essentially been deemed surplus to requirements by AC Milan and allowed to leave on a free transfer, but Juventus saw an opportunity.

Snapping up the legendary playmaker, the Bianconeri immediately built their midfield around him and his smooth passing skills.

He went on to play four seasons of Serie A football with the club, winning four Scudetti and one Coppa Italia before leaving for MLS.

Khedira was a wanted man when his contract with Real Madrid came to an end in 2015, but Juventus beat off the competition to secure his signature. Since then, the German has been revitalised, playing some of the best football of a superlative career.

Thus, he has been as dynamic and effective as ever, shuttling back and forth defensively to press, as well as moving beyond Dybala to get into more dangerous attacking spaces. His industry, awareness and directness have been instrumental to the Italian champions’ offensive game.

Purely in terms of bang for buck, Pogba is the most inspired signing of the Marotta era. Seizing on the player’s disillusionment at not seeing regular game time with Manchester United, Juventus signed the Frenchman on a free transfer in 2012.

Then, having facilitated his development, they sold him back to the Premier League side four years later for a world record £89.3million fee.

The 24-year-old thrived in Italy, showing his true promise from a left-sided role within a central midfield three, where his ingenuity, flair and vision often prospered alongside two of the ceaseless and disciplined Khedira, Vidal and Claudio Marchisio.

He may not be the most exciting name in the current Juventus squad, but Barzagli is without doubt the shrewdest transfer the club has pulled off in recent times.

The Italian international joined as a 29-year-old in January 2011 for the relatively small fee of £260,000 having decided against a contract extension with German side Wolfsburg.

That he remains an important member of the Bianconeri squad today is a testament to his durability, fitness and professionalism. It is also the result of years of strong and cultured defensive displays alongside the likes of Bonucci and Giorgio Chiellini.