It’s set to be one of the tightest Championship seasons for a while.

Before the 2016/17 campaign, many expected Newcastle United and Brighton & Hove Albion to be promoted but Huddersfield Town provided a real shock.

There is no real standout side this year and you will imagine at least half of the clubs in England’s second division are hoping to finish in the top six this season.

Ahead of the action getting underway this weekend, we’ve assessed the chances of some of the bookies’ favourites to go up.

Middlesbrough are leading the way in the Championship this season if you’ve been looking at the odds.

It’s been a busy signing at the Riverside Stadium, with six first-team arrivals, as well as that of manager Garry Monk.

The former Swansea City and Leeds United boss is arguably the biggest signing of the summer, after restoring normality to Elland Road and a promotion push that just fell short at the last hurdle, with his side ending the season in seventh.

How he turned a side around that wasn’t expected to challenge at all into one of the best in the league will be music to Boro fans’ ears, with fears the club would carry on their downward spiral after relegation.

But he’s bought well, with Championship experience – and quality – being key in the signings of Jonny Howson, Cyrus Christie, Darren Randolph and Britt Assombalonga.

Martin Braithwaite has arrived up front from Toulouse, but with nearly £25million spent on him and Assombalonga, the signing of Ashley Fletcher from West Ham United seems a bit bizarre.

There will of course be a few fears for Boro though, they only need to look at the likes of Aston Villa or Fulham to know that spending big on forwards after relegation doesn’t guarantee you promotion.

But they do seem to have bought better than either of those two did after going down from the Premier League – and Monk is much more suited to the Championship than Felix Magath or Roberto Di Matteo ever were.

Speaking of Villa, after their not-so-great first season since relegation, most bookies have them as the second-most likely team to be promoted this campaign.

That’s despite them not spending too much money this summer.

But you feel that with a proper Steve Bruce pre-season behind them, the squad that should have done much better last year will have a better campaign this time round – they made a lot of changes in January after he replaced Di Matteo.

They’ve also added a lot of experience to their ranks with John Terry, Glenn Whelan, Ahmed Elmohamady and Christopher Samba signing on at Villa Park.

Terry and Samba were both great Premier League defenders in their heyday, but whether they’ve still got that level is up for a bit of debate.

If they are, Villa, who conceded fewer goals than eight of the 12 teams above them during the previous campaing, could have the best defence in the league.

If their lack of pace is found out though, it could go horribly wrong.

You would expect them to start scoring though; any team with Jonathan Kodjia, Scott Hogan and Ross McCormack as striking options will be feared in the Championship – although the latter could be on his way out of the club with Sunderland among the clubs interested and the forward being left at home during the Villans' pre-season tour.

What’s more, with Henri Lansbury, Conor Hourihane, James Bree and Albert Adomah now all used to playing for Villa, they have a squad that should be real contenders this year.

When they sneaked into the play-offs ahead of Leeds last April, Fulham were many Championship watchers’ favourites to go up.

Yet, they stuttered and were unable to find their way past Reading – a team they’d beaten 5-0 at Craven Cottage earlier in the season.

Slaviša Jokanović’s side played some of the best football in the league last season, and it was no surprise they ended up as joint top scorers.

Arguably their best business of the summer was keeping hold of Tom Cairney – it shows you their ambition when they can reportedly turn down a £20million bid for their captain.

They have kept most of their squad together, with Scott Malone the only real notable departure.

The squad looks a little thin though – having 17-year-old Ryan Sessegnon as their only recognised left-back would be a brave move, especially as, although he’s impressed, he has looked better on the wing.

Up front they also look a bit light too, with only Aboubakar Kamara and Cauley Woodrow up front, although perhaps, as they showed last season, a striker isn’t necessary when they’ve got arguably the best midfield in the league in Cairney, Kevin McDonald.

It’s been two seasons of play-off heartache for Sheffield Wednesday now and they’ll be hoping to make it third time lucky this year.

They haven’t made many signings at all, with George Boyd the only arrival but he’s a player that screams Championship contender.

The Owls’ forward line is to die for – whereas Fulham can’t seem to find one of Championship quality, they have them by the handful.

Jordan Rhodes, Sam Winnall, Fernando Forestieri, Lucas João would all probably be first choice at most other Championship clubs, yet they are all at Sheffield Wednesday, while Atdhe Nuhiu is also a decent option.

You would imagine that this is the big season for Carlos Carvalhal at Hillsborough, either he takes them up or he leaves. 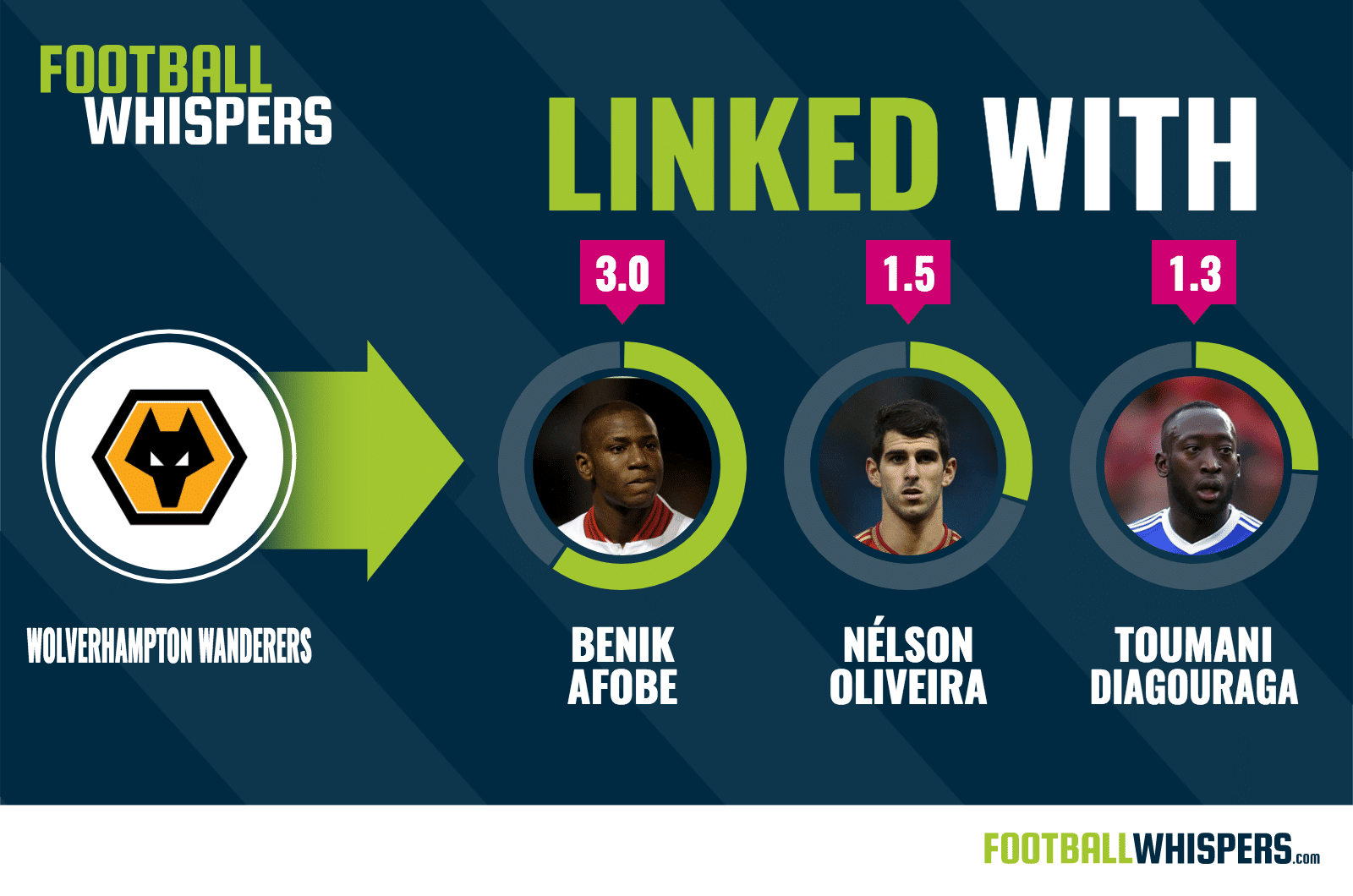 Wolverhampton Wanderers will have something to say about Fulham claiming they’ve got the best midfield in the league.

The arrival of Rúben Neves from Porto was a shock to many, given the defensive midfielder had been a Chelsea and Liverpool transfer target.

Yet, he is just one of a number of players with Jorge Mendes connections who have arrived at Molineux, as well as manager Nuno Espírito Santo.

Both Mendes and Nuno will be hoping it goes better than the similar experiment at Valencia, but the wins over Werder Bremen and Leicester City in pre-season will give Wolves fans real hope.

Diogo Jota looks a class act already and if Hélder Costa can be consistent all season, Wolves have arguably got the Championship’s best winger.

If it all clicks, it would be no surprise to see them finish in the automatic promotion spots at the end of the season.

Norwich City are somewhat of an unknown this season, but you think the bookies have them as sixth-favourite to go up because of new boss Daniel Farke (pictured below).

The former manager of Borussia Dortmund’s reserves, he’ll be hoping to follow in the footsteps of his predecessor there, David Wagner, who took Huddersfield up against the odds last year.

The Canaries’ sporting director Stuart Webber moved to the club from Huddersfield, so it’s no real surprise he’s trying the same formula manager-wise.

Like Villa last season, they were one of the favourites, but never really challenged and they’ll be hoping they’ve found the man to restore them to the Premier League.

And like Huddersfield under Wagner, they’ve bought a few players in from Germany, with Mario Vrančić, Christoph Zimmermann and Marcel Franke all arriving, alongside a combination of loanees from the Premier League in Angus Gunn and Harrison Reed.

What’s more, in James Husband they’ve got someone who has the potential to be one of the best left backs in the league.

With a good start, Norwich could well finish in the play-offs, and from then, anyone can go up. 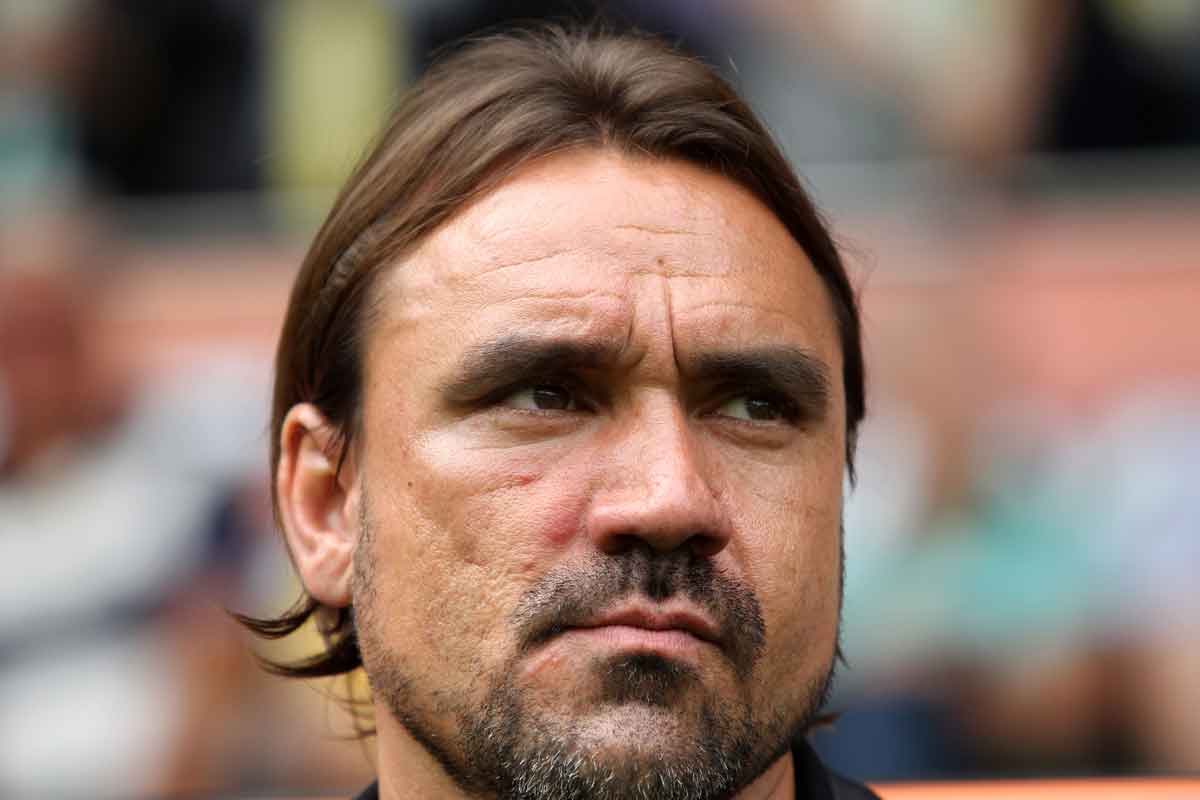 Leeds look to be heading the right way under Andrea Radrizzani despite Monk’s departure, and the arrival of Pontus Jansson permanently is a big coup.

What’s more, Vurnon Anita and Hadi Sacko should be handy purchases at this level, while Madger Gomes has impressed in pre-season.

They know they have the quality to challenge at the top, they just need the mental strength to avoid falling away like last season.

With possibly the best player in the league, Jota, anything could be possible for Brentford, while Gary Rowett’s first full season in charge of Derby County is likely to bring good things too.

If one of their impressive forward line of Darren Bent, Chris Martin, Andreas Weimann, Johnny Russell or Matěj Vydra starts scoring, they could well be up there come the end of the season too.

But for recently relegated sides Sunderland and Hull City, it looks like it could be a year of consolidation before a proper promotion push next season.