The 2015/16 season was another frustrating campaign for Arsene Wenger’s men as the Gunners were so close, yet so far, to lifting their first Premier League title since the Invincibles.

Common belief around the Emirates is that injuries were the deciding factor in their failed attempts. With the club already facing long-term absences that will carry over into next season, this is a summer where Wenger will need to finally open the cheque book to bolster his squad. Otherwise, the Gunners could be in serious danger of losing ground, particularly as their title rivals are all set to spend big.

It’s already looking set to be Arsenal’s busiest transfer window in years; here are some of the names that could arrive in the red part of London this summer.

The Gunners have made no secret about their desire to add Granit Xhaka to their ranks this summer, and some reports suggest that the club has already had at least one bid rejected from Borussia Monchengladbach.

However, with Wenger hellbent on getting his number one target, it will be difficult for the Germans to resist much longer. The 23-year-old will midfielder would give Arsenal something they desperately need in the middle of the park, and the Swiss international would almost certainly be interested in the move. This one could be wrapped up before Euro 2016. 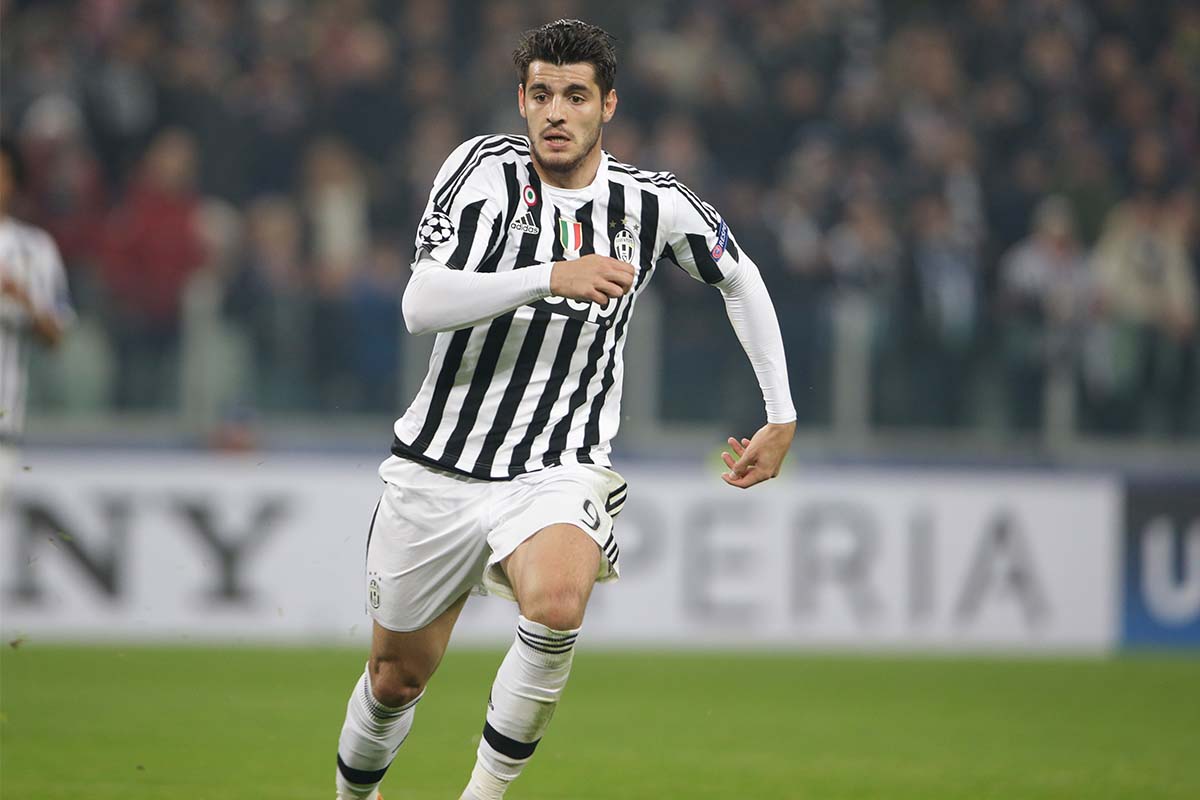 Another avenue that Wenger might follow after years of admiration is Juve’s Alvaro Morata. Arsenal have hesitated to move for the Spaniard in past transfer windows, but this summer could see them finally make their move.

The former Real Madrid man has confirmed that a move away from Turin is likely, and only a handful of clubs would have the finances and pedigree to attract such a talent. Arenal certainly fall into that bracket, and could view him as an upgrade to Olivier Giroud.

Whatever happens this summer, Wenger needs to attract a marquee signing to appease the fans. The supporters need to see that the club is making genuine attempts to regain its place at the summit, particularly as they know how much money is in the bank. If the possibility of signing James Rodriguez surfaces, it’s one that the Gunners will give consideration at the very least.

The Colombian hasn’t enjoyed the best of times since joining Los Blancos, but his talent has never been in doubt. The main question is whether an attacking No.10 is what Arsenal need right now. Nevertheless, Wenger will monitor the situation with intent.

If there’s one thing that Arsenal will be looking for when it comes to attacking talent, it’s versatility.  The ability to interchange is a must, and Borussia Dortmund’s Henrikh Mkhitaryan boasts in an abundance. The Armenia captain has played in almost every midfield role imaginable throughout the course of this season, establishing himself as a key man in BVB’s return to the Bundesliga’s top two.

Thomas Tuchel won’t want to lose the 27-year-old, but the glitz and glamour of Premier League football might be too strong. If Arsenal are going to compete for honours, they need players in their prime and Mkhitaryan would be a fantastic option. However, they will face competition from a number of European rivals.

Whilst the Gunners need attacking options that can offer something immediately, Wenger’s preference of young talent is transparent. The Eredivisie is always awash with upcoming Dutchman and Vincent Janssen could be the next big thing. Could Arsenal be ready to take the risk?

The AZ Alkmaar striker enjoyed a fantastic season, topping the Eredivisie’s individual scoring charts while also impressing on his international debut against England. He’s been labelled the new Ruud van Nistelrooy. But if  he does arrive at the Emirates, the Gunners will be hoping to see him emulate the success of Dennis Bergkamp instead.

Building a title-winning squad is Wenger’s primary objective for 2016/17, but he will still cast an eye on the future and will be happy to invest in young talent in preparation for the next generation. Bolton’s Rob Holding is one of the hottest young talents in the Football League right now, and a move to Arsenal’s academy could be on the table before too long.

Whether the 20-year-old would be loaned out or placed in Arsenal’s development squad is another question altogether. The Gunners face competition from Everton, but are considered firm favourites to land the rising star. A bid of £2m plus bonuses has already been rejected, but Bolton will need to sell at some stage. Do not be surprised if Holding is Emirates bound. 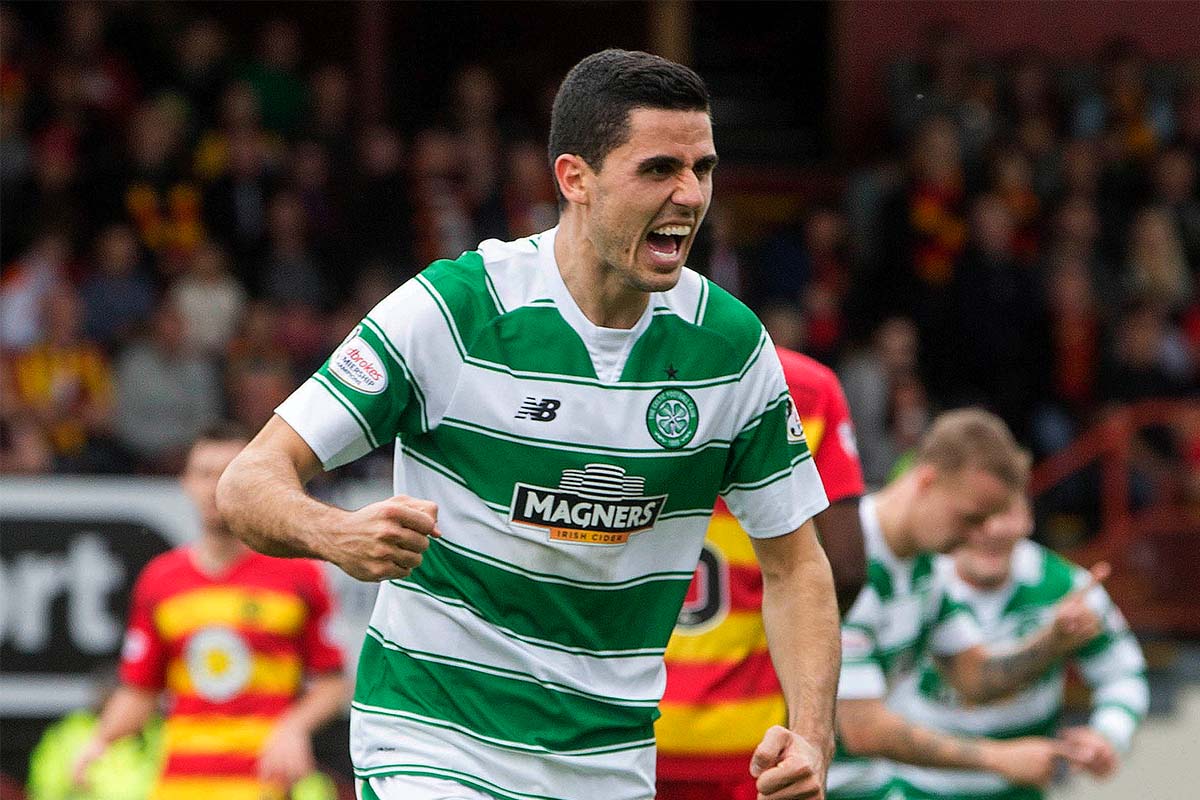 After Xhaka, Tomas Rogic has been one of the most commonly discussed names regarding a potential move to Arsenal in recent weeks. Those rumours have died down a little over the past few days, but the speculation hasn’t ended entirely.

The 23-year-old Australian, who plays for Celtic, would be a slightly strange addition. However, he has performed well since finally breaking into the first team at Parkhead. A move could still be in the offing.

Arsenal fans have been crying out for a world-class forward for years, and Karim Benzema’s name has often been touted for a potential linkup with compatriot Wenger. The need for reinforcements is even greater following the nine-month injury to Danny Welbeck, and the Real Madrid man could be the marquee signing needed to galvanise the club.

The Spanish giants could be set for an overhaul under Zinedine Zidane, which could leave the exit door open for Benzema. If the Frenchman is allowed to leave, London could be his next destination.

Whenever a top player from Ligue 1 is linked with a move to England, Wenger’s name will always crop up; unsurprisingly, this has been the case with Marseille’s Michy Batshuayi.

Reported interest from Premier League rivals West Ham United and Tottenham has bumped the valuation up to £31m, which could deter the Gunners as they turn their attentions elsewhere. But if other targets fall through, a move for the Belgian could materialise.

Away from England, France will be Wenger’s most likely destination for seeking out potential stars of tomorrow. Lille’s Sehrou Guirassy is deemed to be one of the most promising options in the French talent pool right now, and the 20-year-old striker is already on the Arsenal radar.

It’s difficult to judge the France U20 star too much, particularly as he has spent 2015/16 on loan at Ligue 2 side Auxerre. However, Wenger loves gambling on raw French talent, and could pinpoint Guirassy as one for the future.

Morata isn’t the only Italian-based striker on Wenger’s radar. Inter’s Mauro Icardi has scored goals for fun over the past two seasons, and may now be ready for a move to either England or Spain. Should the Serie A club be willing to sell the 23-year-old at a reasonable price, Arsenal could be ready to swoop.

There are certainly more likely targets out there, but Wenger is fond of quick, technically gifted strikers. If the Argentine could replicate his goal ratio in England, he’d become one of the Premier League’s biggest attractions.

Brazilians haven’t always excelled under Wenger, but defensive midfielder Gilberto Silva was a legend for the Gunners. And Arsenal may turn to a similar player in the form of Napoli’s Jorginho.

The 24-year-old has been instrumental in Napoli’s impressive campaign. With Mathieu Flamini and Mikel Arteta set to leave, the Brazilian could be the perfect solution to plug that gap. The toughest challenge will be convincing him to accept a rotational squad role. 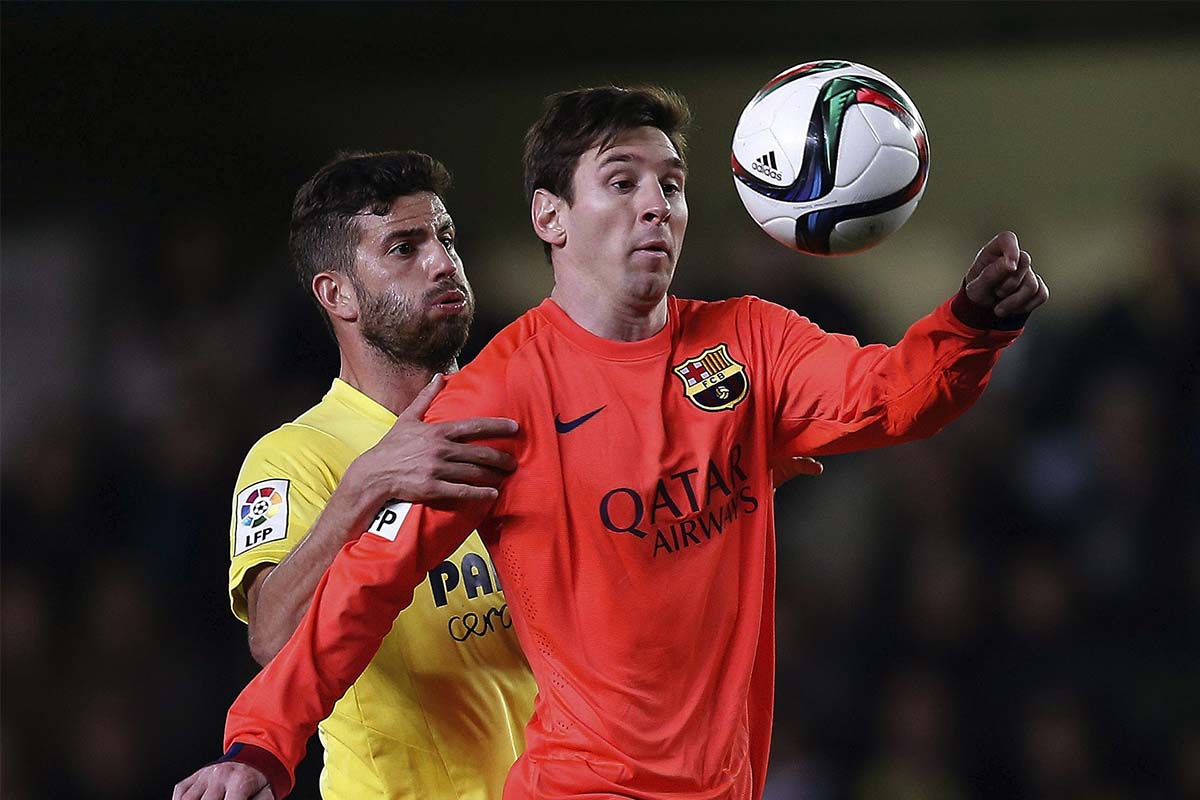 When everyone is fit, Arsenal’s defence is relatively solid.. Sadly, he Gunners are short on numbers in this department. Unfortunately, there aren’t too many quality central defenders on the market right now.  However, Villarreal Mateo Musacchio is one that could be a potential summer recruit.

The Argentinian is also being tracked by Chelesea, so the Gunners may need to act quick to get their man. Nevertheless, the 25-year-old has impressed when fit this season and also offers a last resort for defensive midfield.

Like Benzema, Gonzalo Higuain is a star attraction that previously looked certain to join the Gunners. While a bid for the 28-year-old is hardly expected, it wouldn’t surprise anyone if Arsenal do resurrect their interest.

The Argentina international has been brilliant this term, registering more Serie A goals in a single campaign than anyone in the last 50 years. His pedigree simply cannot be dismissed and the Gunners would be at the front of the queue should the striker voice a desire to leave. As a left-field prospect, this whisper could be one of most intriguing of the summer.

Developments in the last day or two have shown that Mario Gotze is almost certain to follow Pep Guardiola out of the Allianz exit this summer. That news will have pricked Wenger’s ears, and the Frenchman could soon join the hunt for his services.

While nothing concrete has surfaced so far, the German World Cup-winner would tick all the boxes. He’s young, eager to impress after a spell of stagnation, and offers the creativity and mental attributes that Wenger loves. Alongside compatriot Mesut Ozil, Gotze could be the man Arsenal need.

Keep track of these, along with all the other summer transfer rumours with our transfer index.